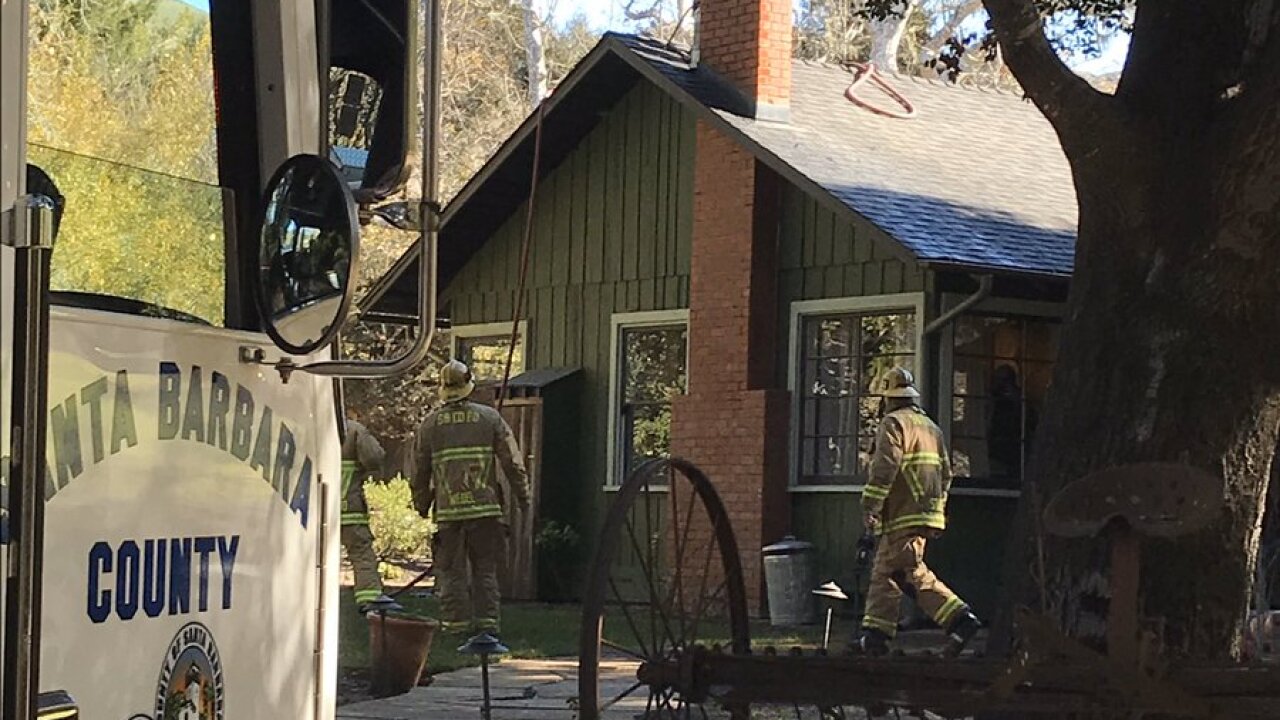 Firefighters worked to put out a chimney fire that broke out at a Lompoc-area home Tuesday.

Santa Barbara County Fire responded to reports of the fire at about 11:15 a.m. along the 7200 block of Santa Rosa Road.

The fire, which is under investigation, was knocked down a short time later.