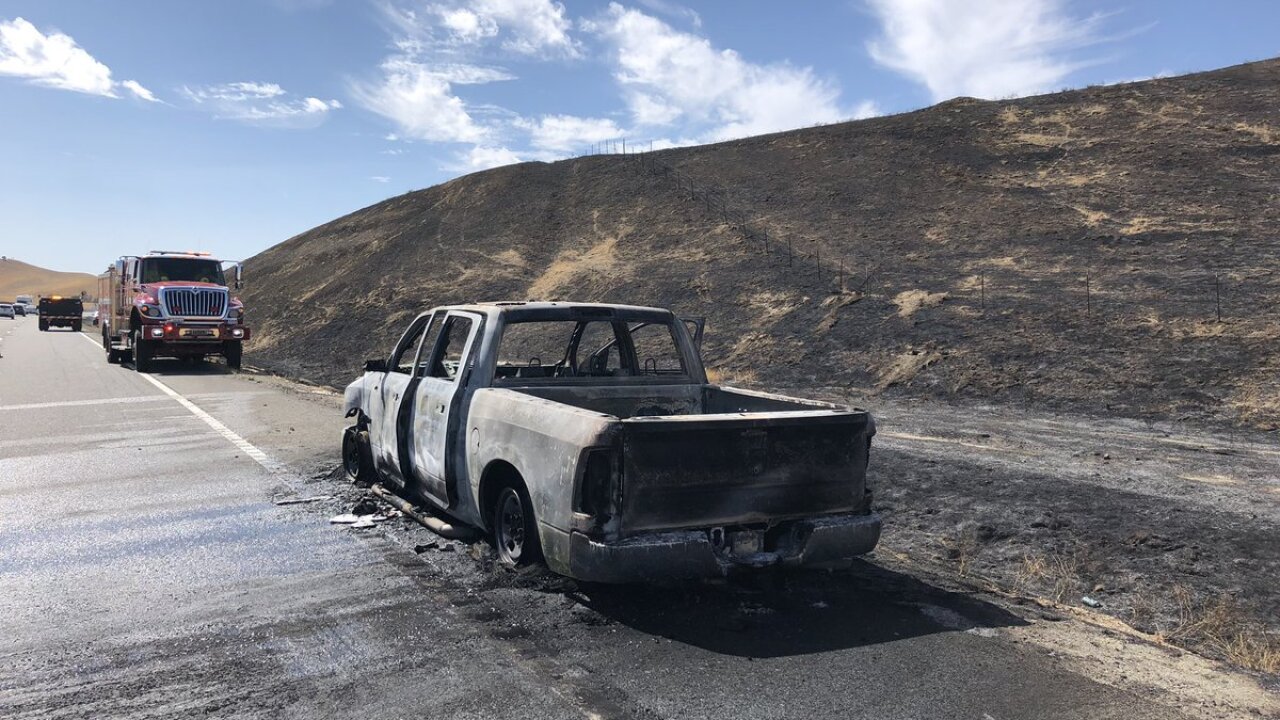 SigAlert: car fire on westbound #Hwy46 at Bitterwater Rd near Shandon so use caution & expect traffic delays for awhile. @CaltransDist6

---
UPDATE (1:15 p.m.) - Firefighters appear to have knocked down the flames on the fire along Highway 46 West near Shandon, but say crews will be on scene mopping up for several hours.

Traffic is impacted in there area due to only one lane being open.

#BitterIC Crews will be at scene several hours for mop up. Traffic is congested HWY 46 West down to one lane. Use caution while driving in the area. pic.twitter.com/IRSncfgo8M

The call first came in at about 11:40 a.m. Friday of a vehicle fire that had spread to vegetation along Highway 46 near Bitterwater Road in the Shandon area.

Fire officials says as of 12 p.m., the wind-driven fire was about four acres in size and had the potential to spread to 20 acres.

One lane of traffic is open in the area.