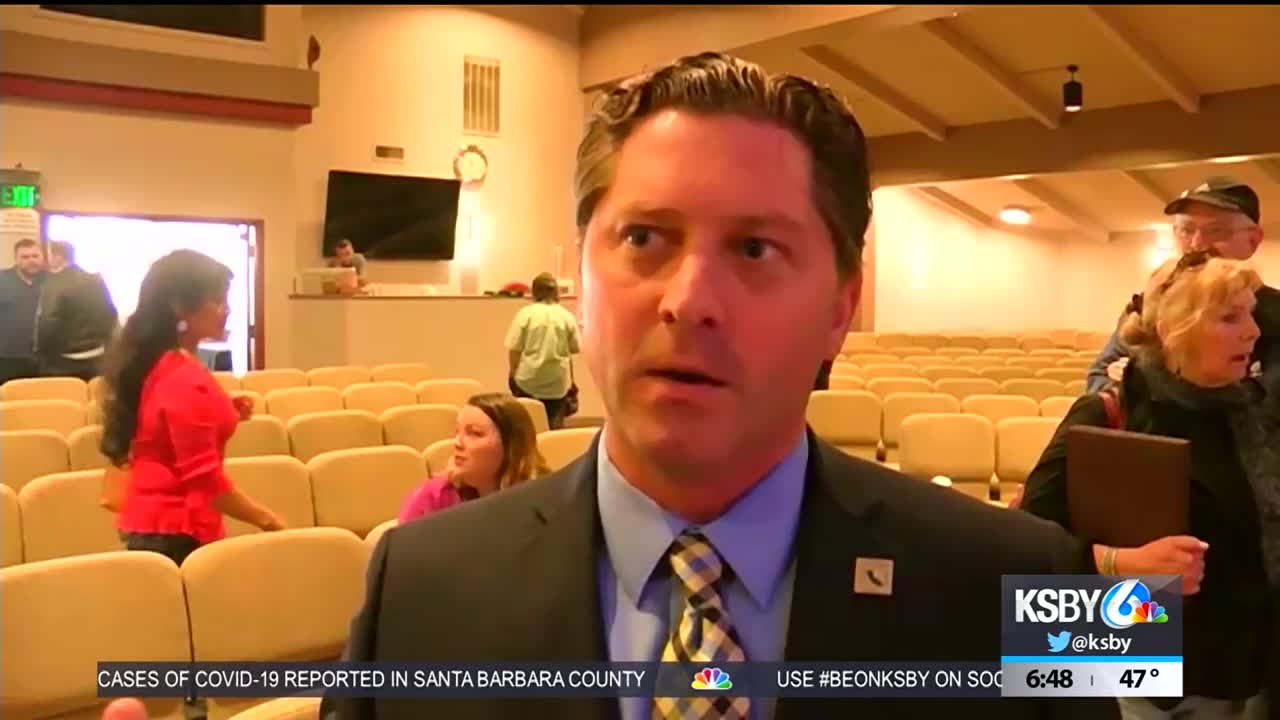 State Assemblyman Jordan Cunningham (R-San Luis Obispo) says he is working to help residents impacted by the COVID-19 shutdown, as well as efforting more testing and medical equipment to the Central Coast.

"We are in the beginning stages of this health crisis," Cunningham said. "But locally and as a state, we are taking some rather painful but necessary steps to slow the growth of it and give our healthcare system time to catch up so we have additional hospital capacity. And we have the resources there to take care of the people who contract this disease who are high-risk. I think the quicker we get through that period of time, we can get on the other side of health crisis, the quicker we can get our economy going again."

Cunningham says his office is fielding calls from affected residents.

"My office has been working quite hard the past couple of weeks. Obviously a lot of people have been laid off, we're helping people file for unemployment benefits. We've been helping a lot of small businesses that need to apply for federal loan programs so they can keep people or stay afloat during this tough time we're going through the next couple of months."

San Luis Obispo County relies significantly on tourism as part of its economy. With the shutdown, tourism has screeched to a halt with many businesses operating at a minimal level if not completely shut down.

"It's not their fault," Cunningham said. "This is really unprecedented. When you have government, for public health reasons, have taken some pretty severe steps to close down certain sectors of the economy, I think it's appropriate they offer loans so people can try to keep their businesses alive while we get through this over the next couple months. Time will tell whether the stimulus is big enough, but I do think they are directing the resources, largely speaking, in the right ways."

On Thursday, Governor Gavin Newsom announced small businesses do not need to make sales or use tax payments right now. The state is deferring payments of up to $50,000 for one year. Cunningham said business owners should call his office to see if they qualify for the low or no interest loans being made available. You can reach the office at 805-549-3381.

Another important step, Cunningham said, is ensuring local hospitals are well-prepared with equipment and supplies.

"We know looking at the numbers and the growth of this, we are probably going to need additional hospital beds, additional ICU and additional ventilators for people who catch this and are in critical shape."

This week, along with nearly a dozen other legislators, sent a letter to Governor Gavin Newsom requesting the administration give counties the right of first refusal for local healthcare providers who sign up for the new California Health Corps. Under the new California Health Corps, doctors, nurses and other critical healthcare providers can sign up to be deployed to Alternative Care Sites (ACS) throughout the state. Lawmakers say there does not seem to be a mechanism in place to ensure that local healthcare needs are being met before the state deploys Corps members to other regions.

“[W]e ask that you direct the California Health Corps program to work hand-in-hand with counties to ensure that healthcare workers are first offered to their local county,” the letter states. “If the home county does not need the additional assistance at the time, the Corps member then could be entered into the statewide pool and deployed to where he or she is needed. This would accomplish the broader goals of the program (including reducing barriers to entry for healthcare providers and staffing providers on the front lines at emergency ACS), while also ensuring that rural counties are able to mobilize their residents to assist locally.”

Meanwhile, back on March 16, the legislature approved up to $1 billion appropriation for emergency funds for COVID-19. Between state and federal funding, Cunningham remains optimistic of what lies beyond the shelter at home order.

"I think we're going through a tough time, and things are going to get in the short run a little tougher probably on the healthcare crisis front. But the quicker we can get through that, the quicker we can restore life to normal, rebuild public confidence. I think we are going to get past this. I think we're going to see things slow down as things get hot. My hope is we have gone through the health crisis and we can get things more back to normal probably by June."

Cunningham says funding from the approved $2 trillion stimulus package will benefit local small businesses hurting financially from COVID-19, but more may need to be done.

"We'll see if the $2 trillion stimulus package will be enough. It could be, I don't know if we know yet. That's a lot of money. It pains me that we have to do that."

He reiterated his optimism for life after COVID, saying the Central Coast's two other main industries provide stability for now with the area becoming an attractive post shelter vacation spot to breath life back into tourism.

"I think the impact economically on the Central Coast is going to be tremendous relative to other parts of the state that are less reliant on tourism dollars. No one is traveling right now. Fortunately for us, two of our other critical industries that are a big part of our local economy are energy and agriculture and those are both essential services, so we are continuing employment there which is good. I do think there will need to be more of a focused relief package directed to people in the tourism industry. We'll see how it goes. I do think there is some inherent advantage we have because when life gets back to normal, relatively speaking, people will start traveling again. And I would bet coming to Paso Robles or Pismo Beach might be a little more appealing to people than going to Disneyland or Los Angeles or the Bay area with more crowded places.

There's no question in the short run our tourism industry is getting hammered here on the Central Coast. My heart goes out to the people that are running businesses and working in those industries. We can provide some help, primarily through the federal government level to try and get you through the next couple months. But I think when we get past this crisis, people start traveling again, the Central Coast is going to look even better relative to other more urban areas and spend their discretionary money."

"We're going to come out stronger, I truly believe that."

In the meantime, Cunningham himself is abiding by the shelter at home order with his wife and kids.

"We're doing like everybody else, shelter at home, trying to incorporate some exercise, going in the backyard and play some catch, playing some soccer. There is a lot of unstructured time so we've been trying to use it for family time as best we can and my wife and I have taken up gardening. So that's our new hobby," Cunningham smiled.