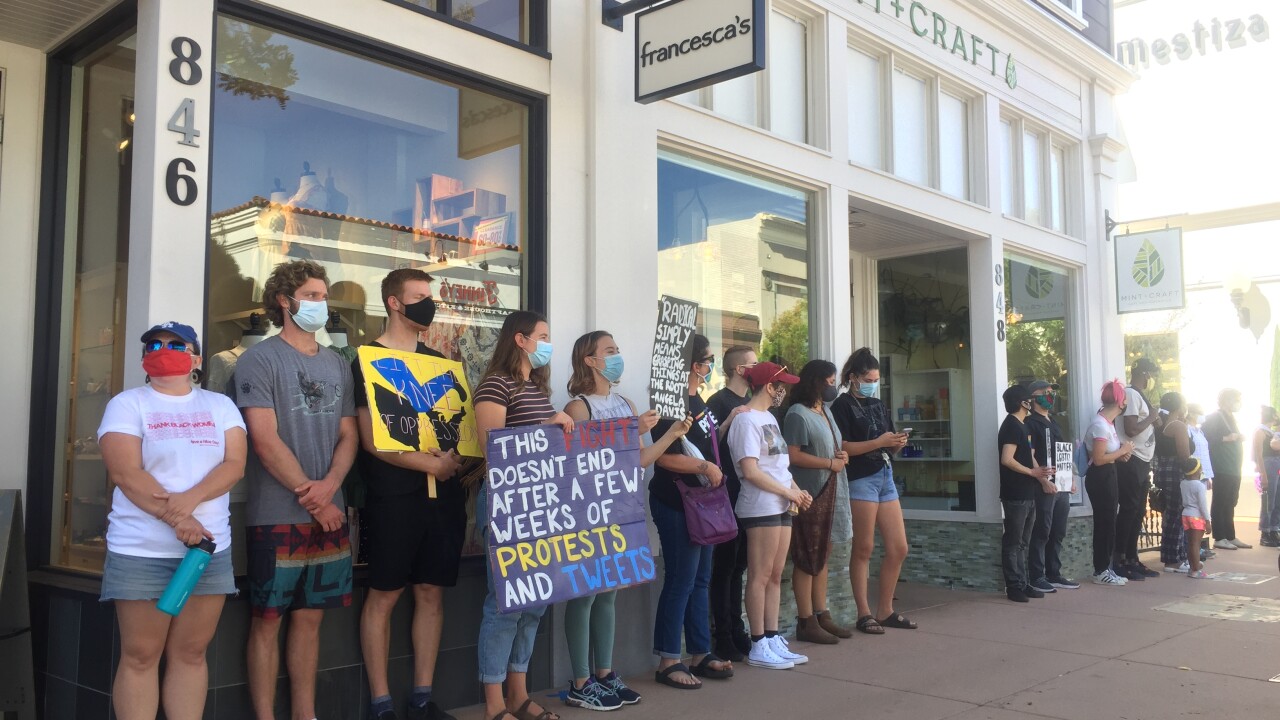 Copyright 2020 Scripps Media, Inc. All rights reserved. This material may not be published, broadcast, rewritten, or redistributed.
KSBY
Protesters held signs and lined the sidewalks in front of downtown San Luis Obispo businesses. 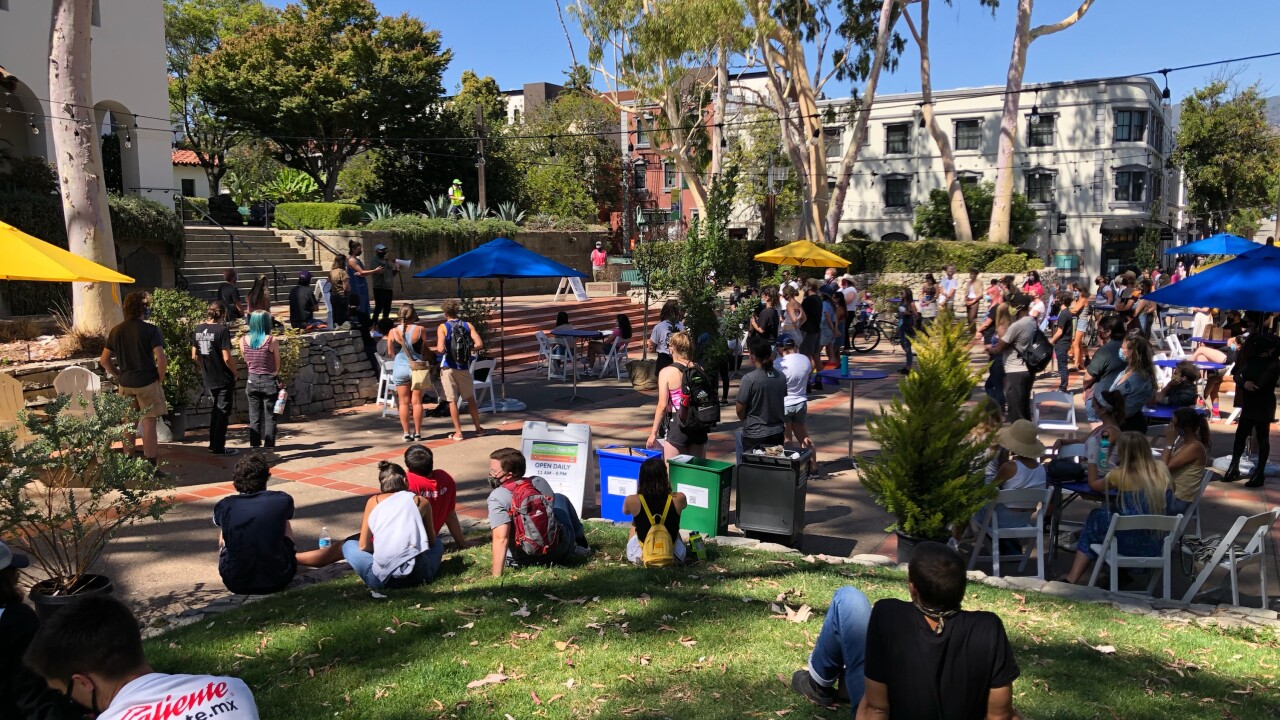 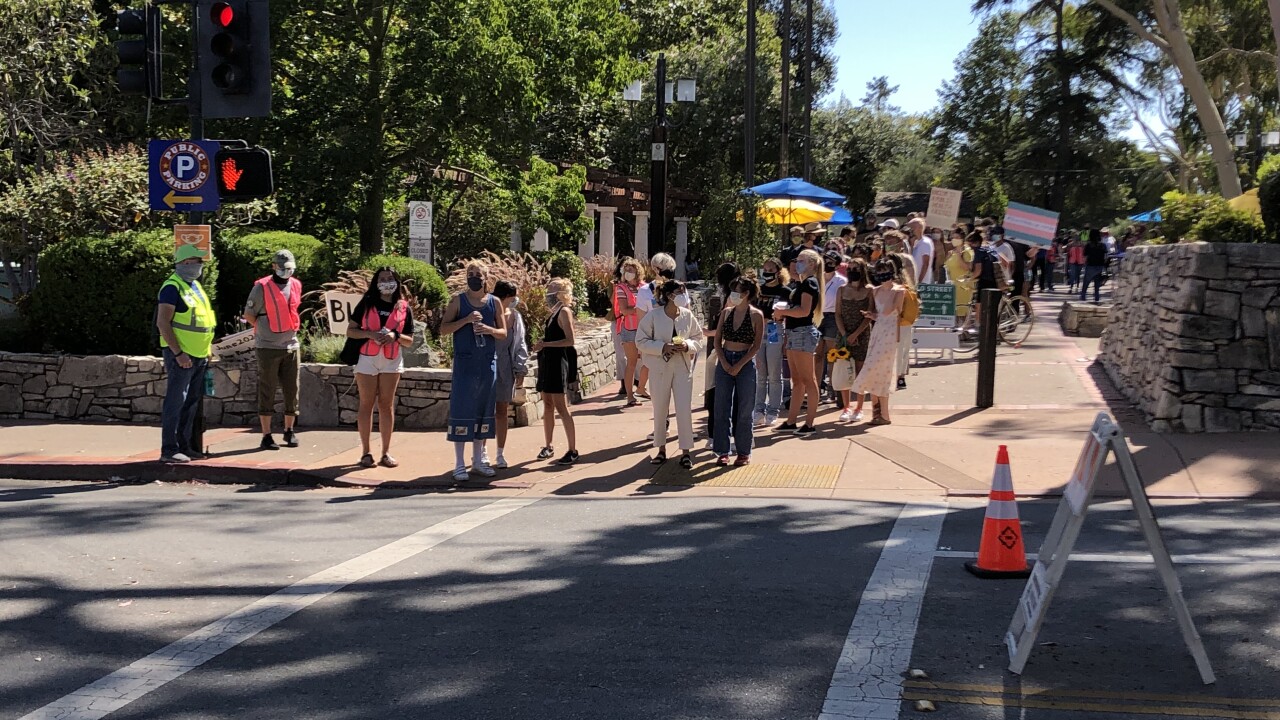 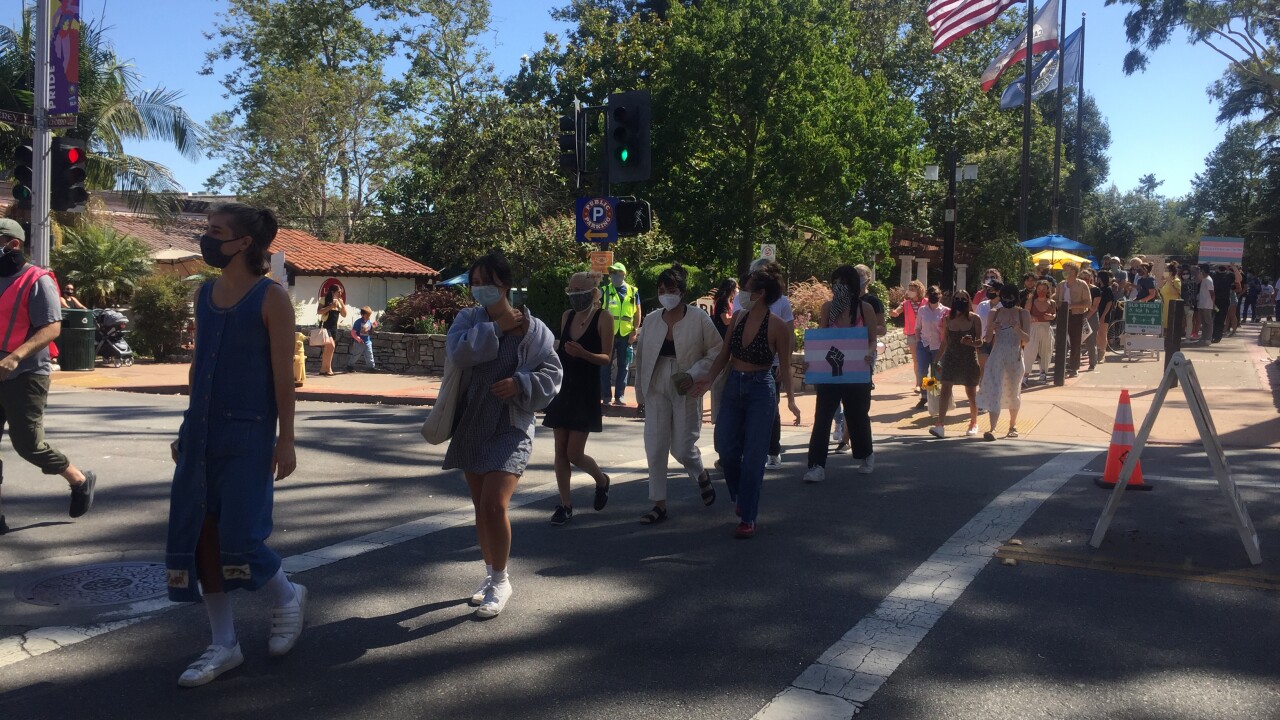 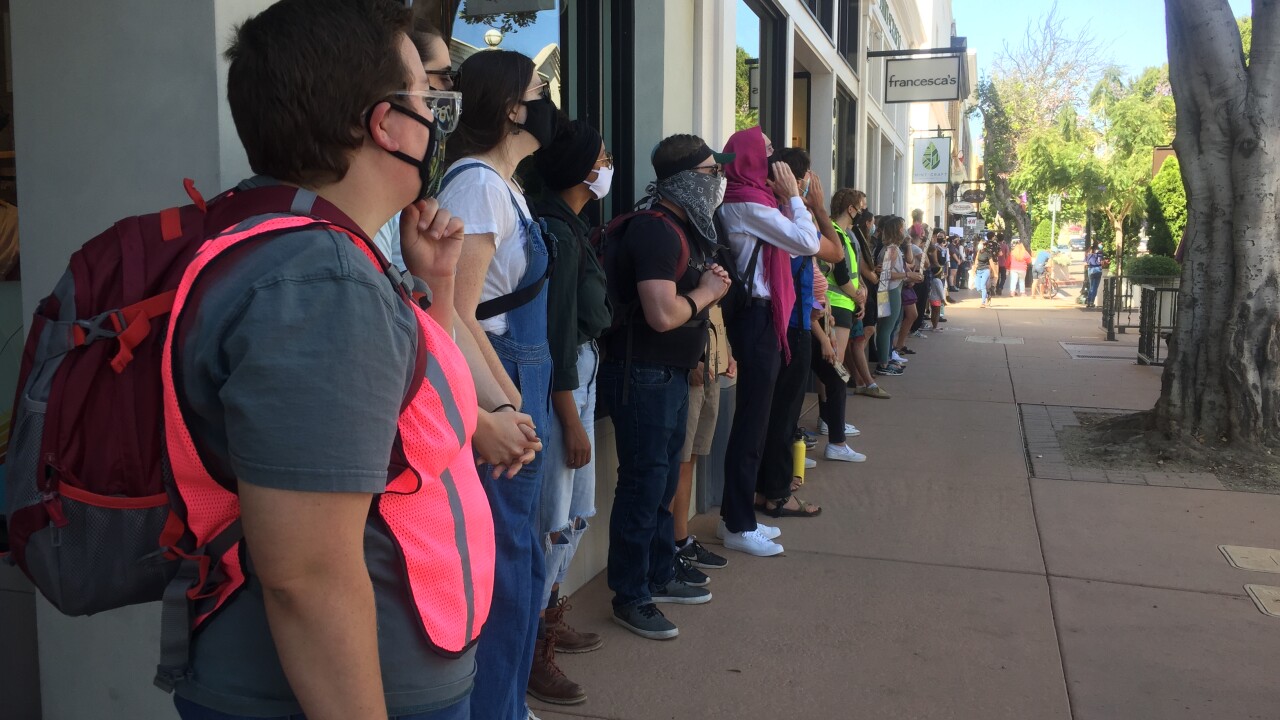 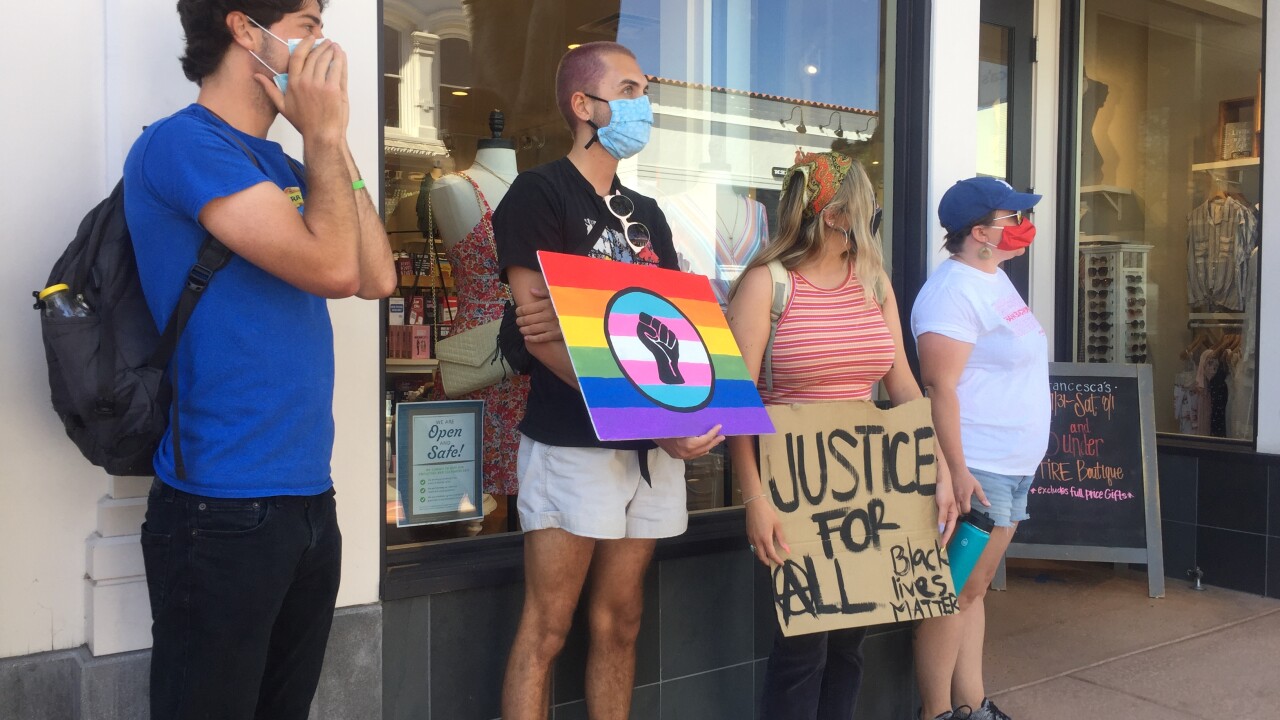 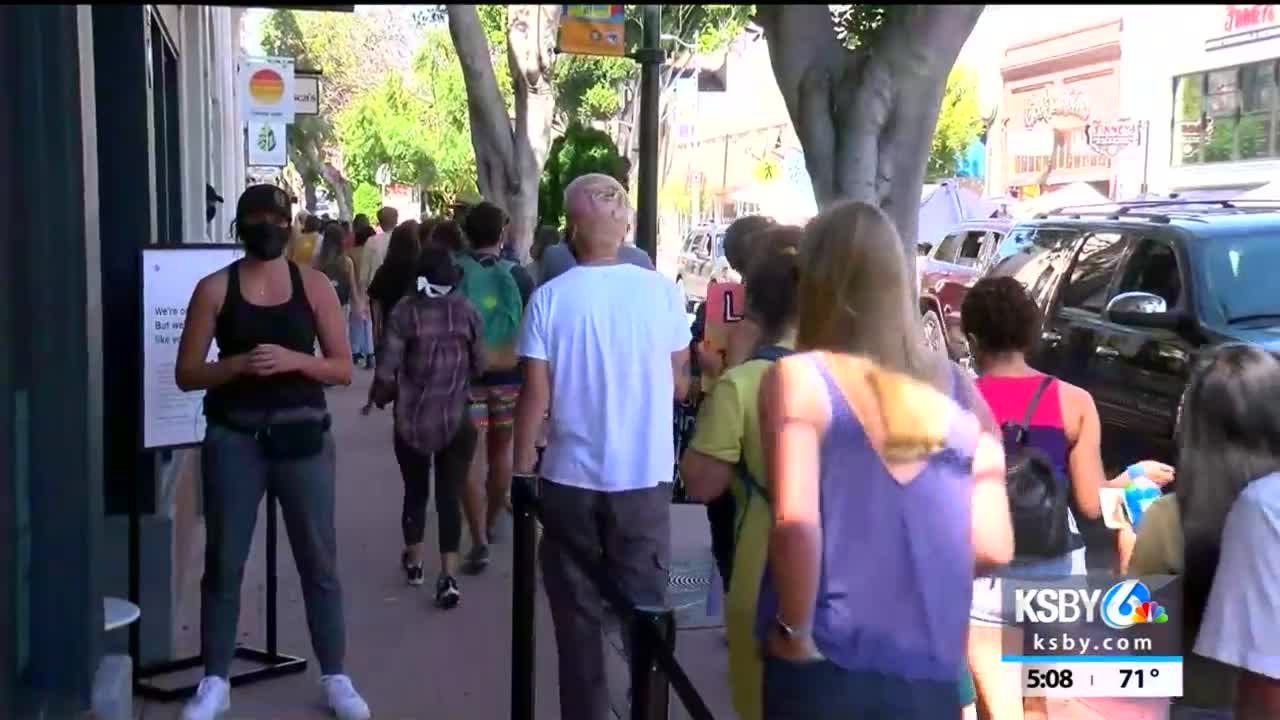 Demonstrators gathered at Mission Plaza in San Luis Obispo Friday afternoon for a protest in support of Black Lives Matter.

According to a social media post, the gathering was described as a memorial demonstration in honor of Marsha P. Johnson.

Johnson was a Black transgender woman who was a central figure in New York City's gay liberation movement. She died in 1992 under what many believe to be suspicious circumstances.

The demonstration started at about 3 p.m. and included a march through downtown San Luis Obispo. It wrapped up in front of the county courthouse shortly after 4:30 p.m.