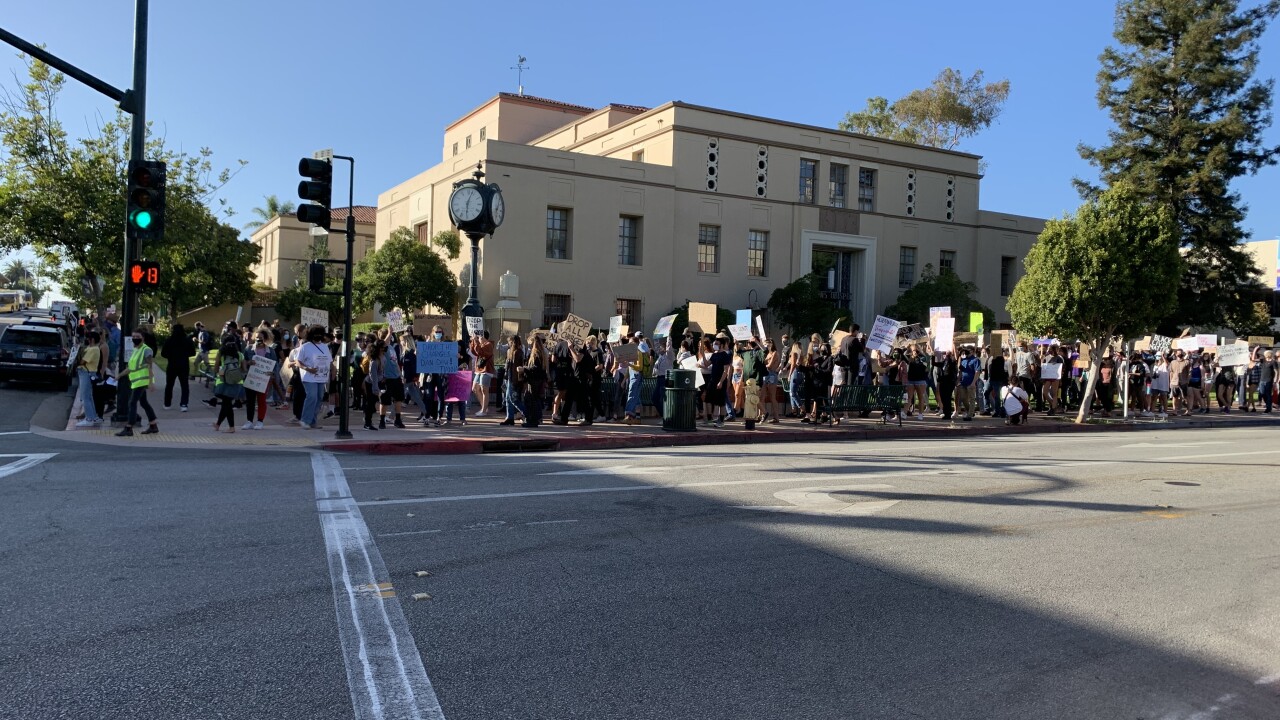 Copyright 2020 Scripps Media, Inc. All rights reserved. This material may not be published, broadcast, rewritten, or redistributed.
KSBY
Protesters line the sidewalks along Monterey and Osos streets in front of the San Luis Obispo County Courthouse on Friday, Aug. 7, 2020.

Protesters gathered outside the San Luis Obispo County Courthouse on Friday to bring attention to the arrest of activist Tianna Arata.

The BLM Community Action Group planned a silent demonstration in support of Arata, who was arrested by the San Luis Obispo Police Department in July.

Police say Arata is responsible for leading a protest march on July 21 that blocked Highway 101 and resulted in vandalism.

The police department is requesting that the San Luis Obispo County District Attorney's Office file charges against Arata for false imprisonment, conspiracy, inciting a riot, engaging in an unlawful assembly, and resisting, obstructing or delaying a peace officer.

In response, supporters of Arata have been calling on District Attorney Dan Dow to drop the charges.

A petition in her support now has about 9,000 signatures and about $30,000 has been raised for her legal expenses.

Friday's demonstration started at 5:30 p.m. and was expected to last until 8 p.m.

After a brief gathering in front of the courthouse, protesters lined the sidewalks along Monterey and Osos streets, holding up signs reading "Drop the Charges," "Black Lives Matter," and "Do the Right Thing."

The DA's Office says it will be reviewing the case and no charges have yet been filed.