AG escapes with OT win over Righetti in CIF-CS semifinal 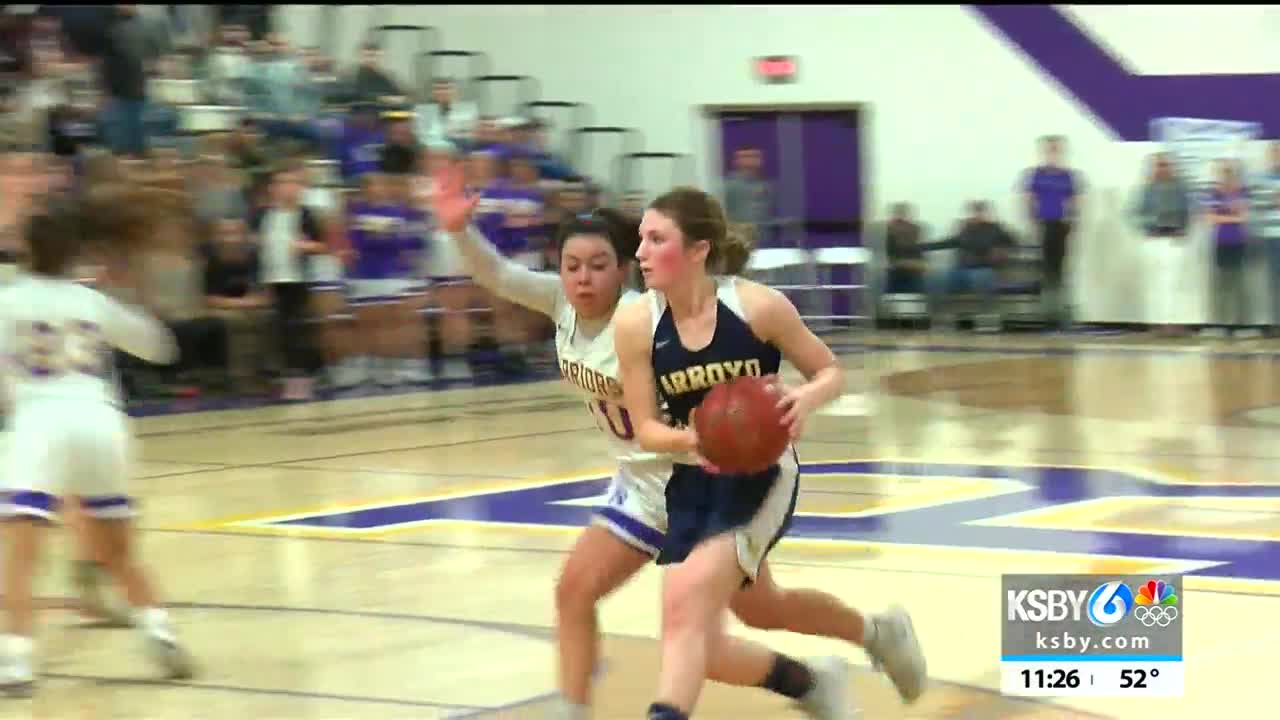 In one of the most exciting high school basketball games of the year, the Arroyo Grande Eagles withstood a game-tying three pointer from Alexandria Paquet, as AG escaped with a 65-57 win over Righetti on Wednesday night, moving them into the CIF-CS Division 1 title game against Bakersfield.

Trailing by seven in the 4th quarter, the Warriors rallied for a 9-0 run, capped off by a layup from Natalie Garcia that made it 44-42 Righetti.

But on the other end, Kaiya Ellison knocked down a three from the top of the key, giving the Eagles a one-point advantage, Kathleen Hutchens' drive and score put AG ahead by three, but with time running out in the 4th, Paquet stepped back and hit the biggest shot of the year - a three-pointer from the right wing that tied the game at 51.

However, the Eagles outscored Righetti 14-6 in the extra frame, giving AG the 8-point victory.