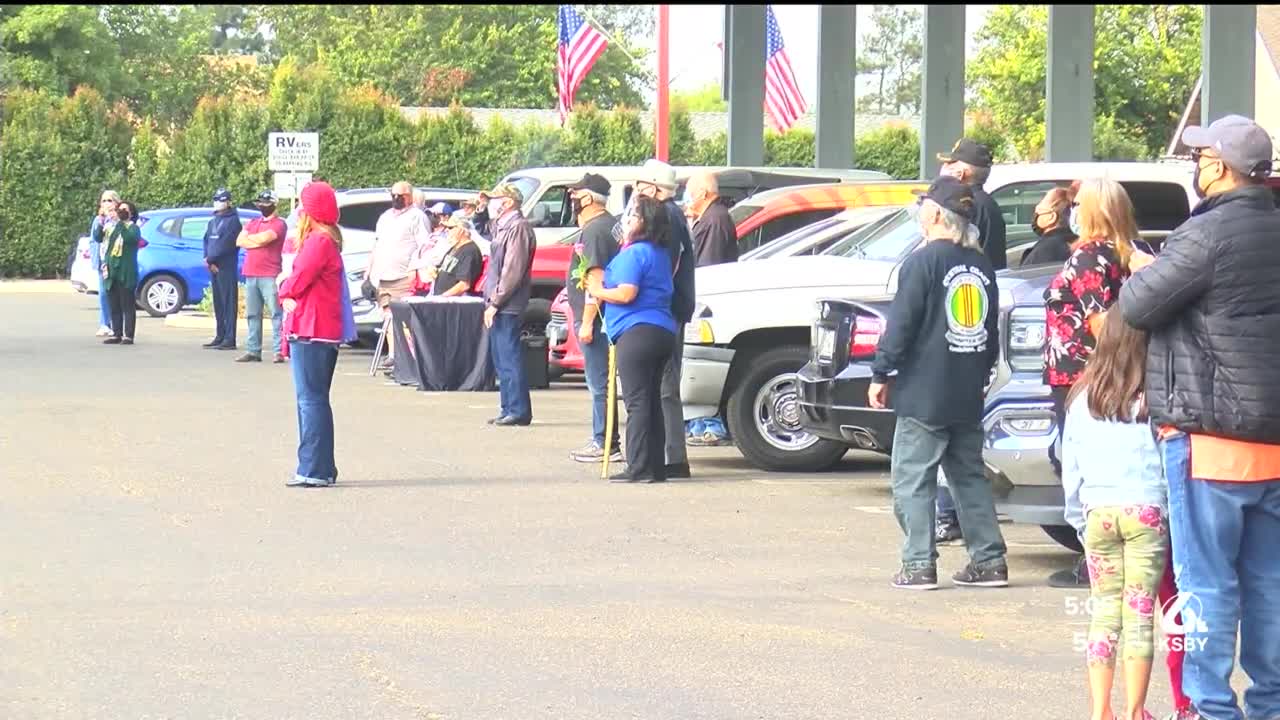 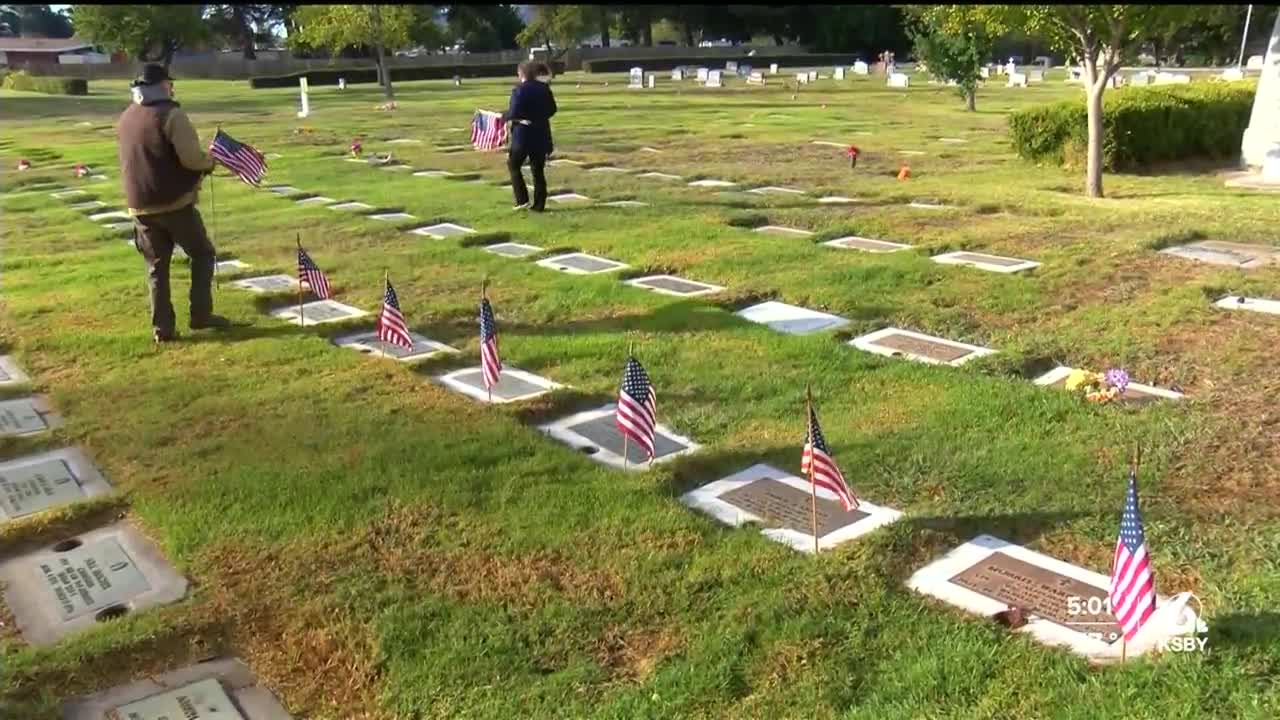 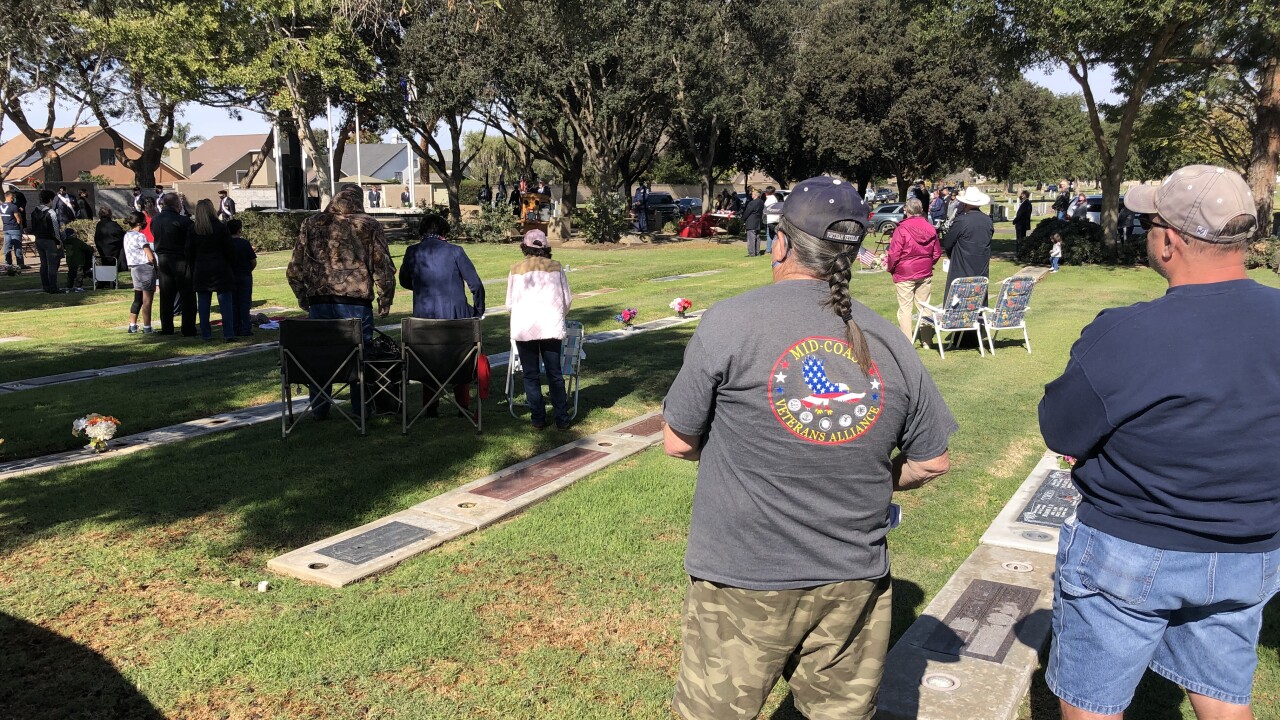 Dozens of people attended a Veterans Day ceremony at the Santa Maria Cemetery on Wednesday to honor all veterans who have served in the military.

The ceremony was hosted by Santa Maria's Veterans of Foreign Wars Post 2521.

"We veterans, we committed to a common bond on something that most don't understand and obviously only three percent of the population serves or is a veteran so it's understandable but at the same point, there are some things that maybe people could pay attention to what we do and how we try to hold ourselves with a little bit more honor and a little bit more courage and integrity," said Steve Baird, U.S. Marine Corps veteran.

The ceremony included a speech by Col. Michael Hunsberger, Commander of the 30th Mission Support Group at Vandenberg Air Force Base.

Also in Santa Maria, many people took advantage of a Veterans Day barbeque hosted by attorney Michael Clayton at the Elks Lodge.

The annual event is usually held at the Veterans Memorial Building but had to be moved this year because of the pandemic.

The Elks Lodge offered up its outdoor space for the event and provided tri-tip sandwiches.