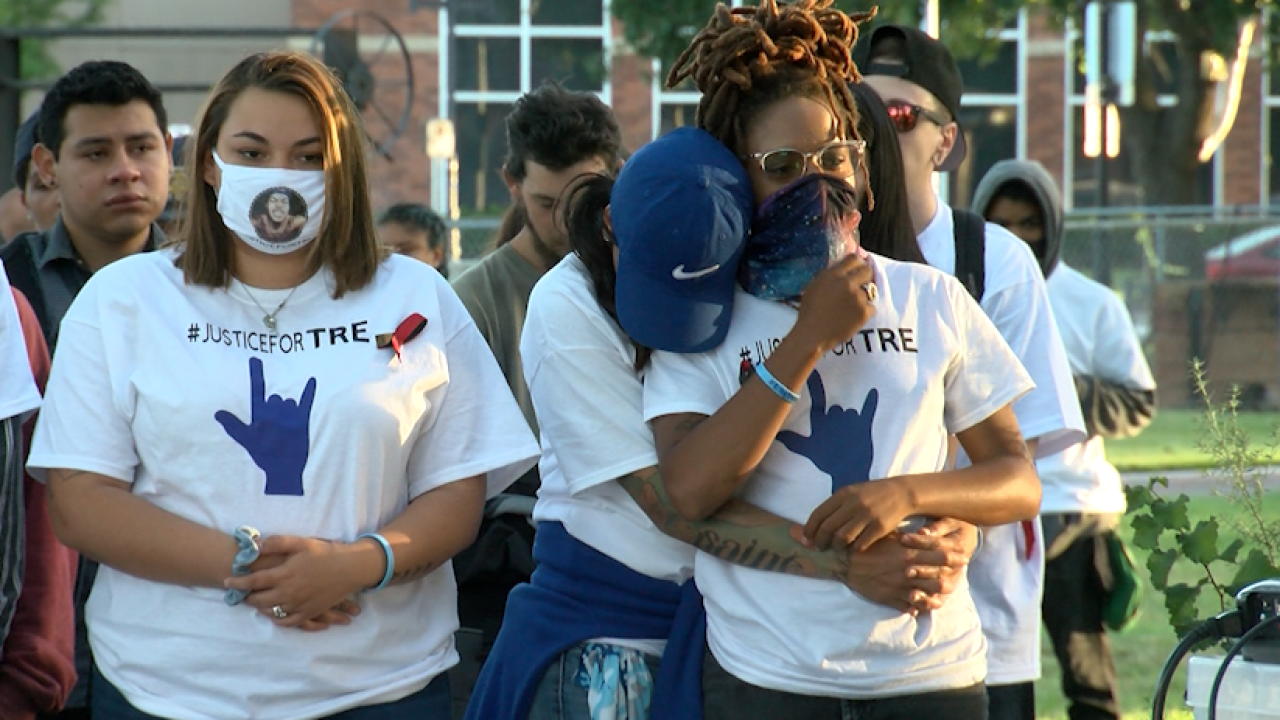 27-year-old Trevon Perry was remembered Monday night as a loving father of two, a brother, a cousin, an uncle and a friend.

"There's no way we can adequately express our sense of loss as Trevon was the heartbeat of our family," said Caryssa Esquivel, Trevon's sister.

Police say Ron was an acquaintance of Perry’s, but it's still unknown how long the two knew each other or what may have lead to Perry's death.

Family members have speculated Perry was targeted for testifying as a witness in a murder case.

"Trevon loved his friends like family. Christopher was like his brother and Trevon made the brave choice to testify and pursue justice for his best friend. Now Trevon, like Christopher before him, has been taken from us by another act of senseless violence," said Porsche Bailey, Perry's family member.

Friends and family members said they are planning on turning their tears into action in the pursuit of justice.

"The confirmation your worst nightmare has indeed become reality is a pain no family should ever have to bare. Like Trevon, our family will stand-up for what's right and not give up until we have justice," Bailey said.

Paso Robles Police Chief Ty Lewis took time at the vigil to thank the family for continuing to trust his department's commitment to the case.

"Here in Paso Robles, I can tell you I've never been more proud of a community because Trevon's gift was this: the community together in front of me. He gave me a gift of helping me build trust with a community that I might not have had the opportunity to do otherwise," Chief Lewis said.

Paso Robles police believe Perry's remains were found in Riverside earlier this month, but they are still waiting on DNA confirmation from the Department of Justice.

The Paso Robles Police Department Detective Bureau, with the assistance of the San Luis Obispo District Attorney's Office, said it followed several leads since Perry was reported missing and served dozens of search warrants throughout the state.

Their investigation is ongoing, and anybody with information is encouraged to call to the Paso Robles Police Department or leave an anonymous tip with Crimestoppers at 805-549-STOP.