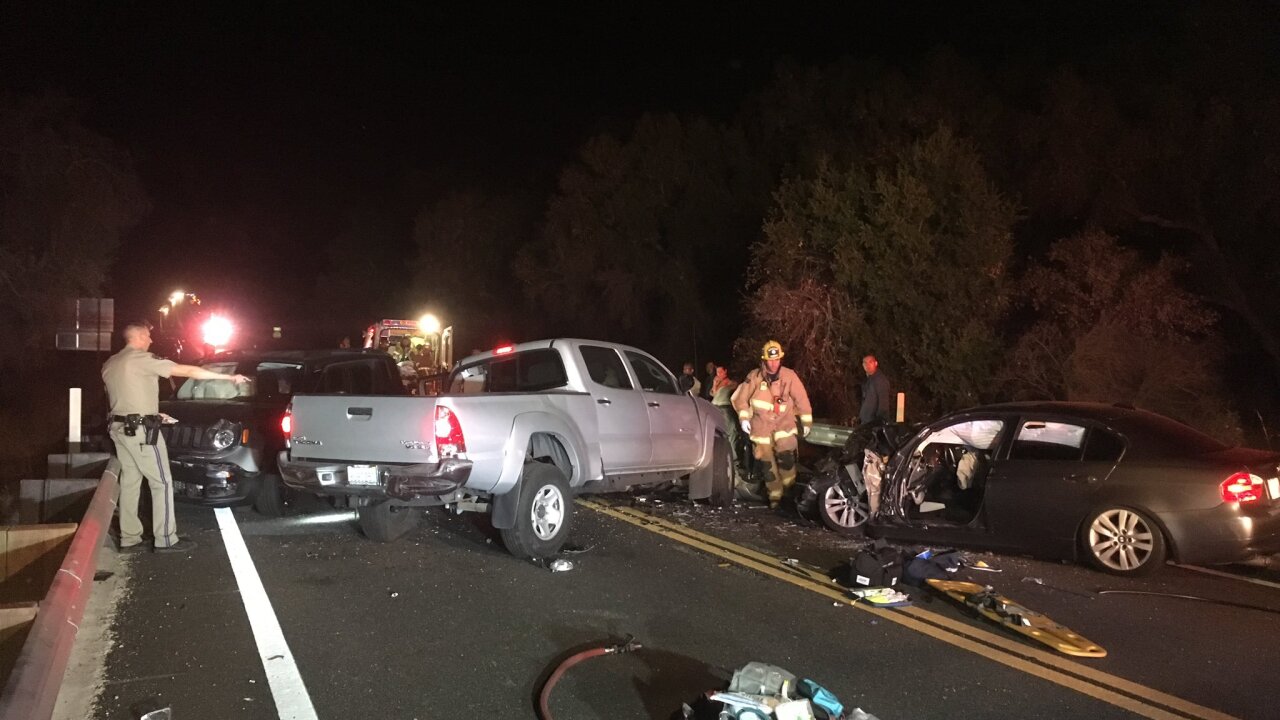 Sheriff's officials say Javier Antunez has been a sheriff's employee since 1999.

He was placed on administrative leave following the crash while an internal investigation takes place.
---

ORIGINAL STORY: A Goleta man was arrested on suspicion of driving under the influence of alcohol and causing a crash Saturday evening that injured five other people.

According to the California Highway Patrol, Javier Antunez, 44, was driving eastbound on Highway 154 near Lake Cachuma shortly after 7 p.m. when he crashed head-on into a pickup that was traveling westbound. The driver of a third vehicle couldn't stop in time to avoid the collision and crashed into the back of the pickup.

Five people in the pickup, all from Santa Barbara, suffered minor to major injuries and were taken to a local hospital for treatment.

The driver of the third vehicle was not injured.

Anyone with information about this crash is urged to call the Buellton office of the California Highway Patrol at (805) 688-5551.