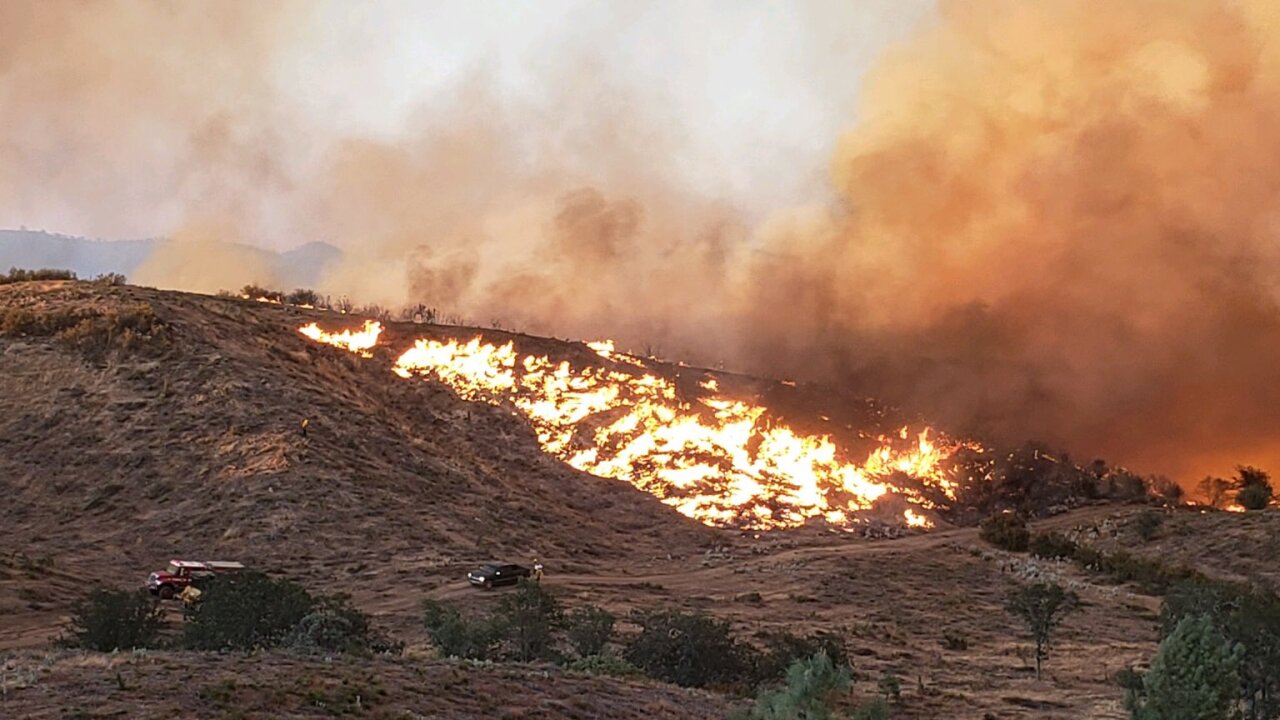 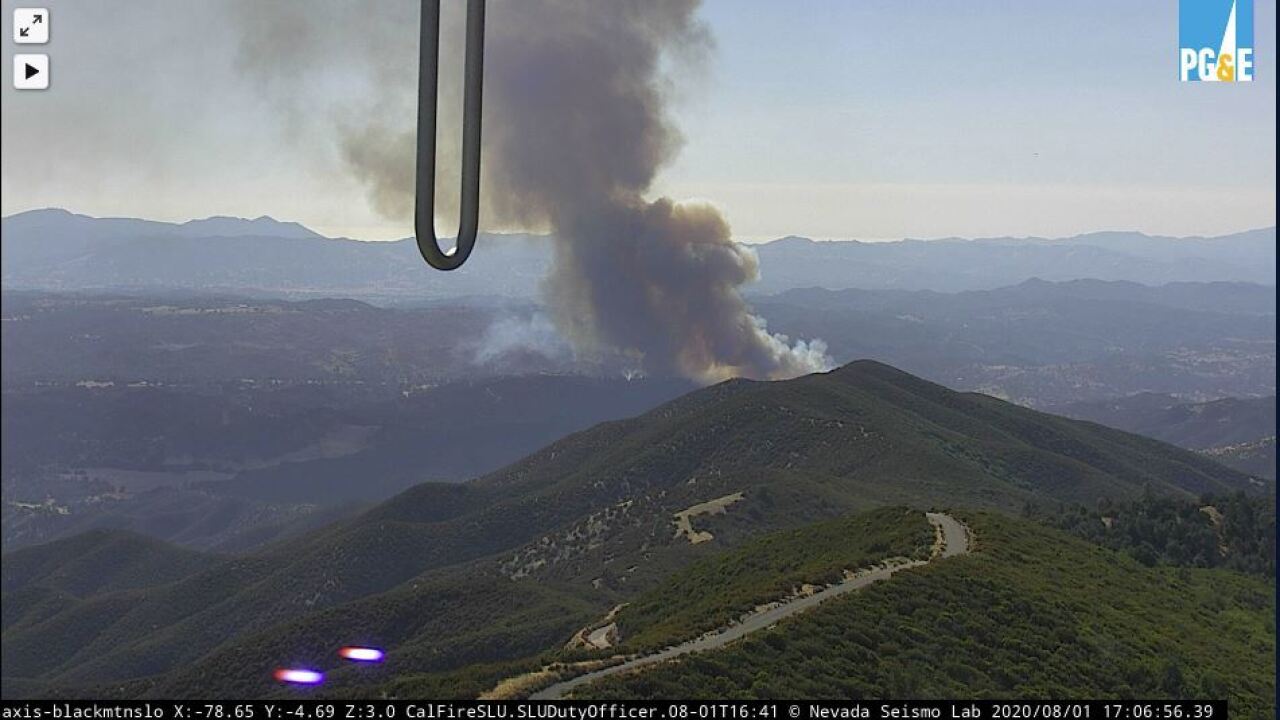 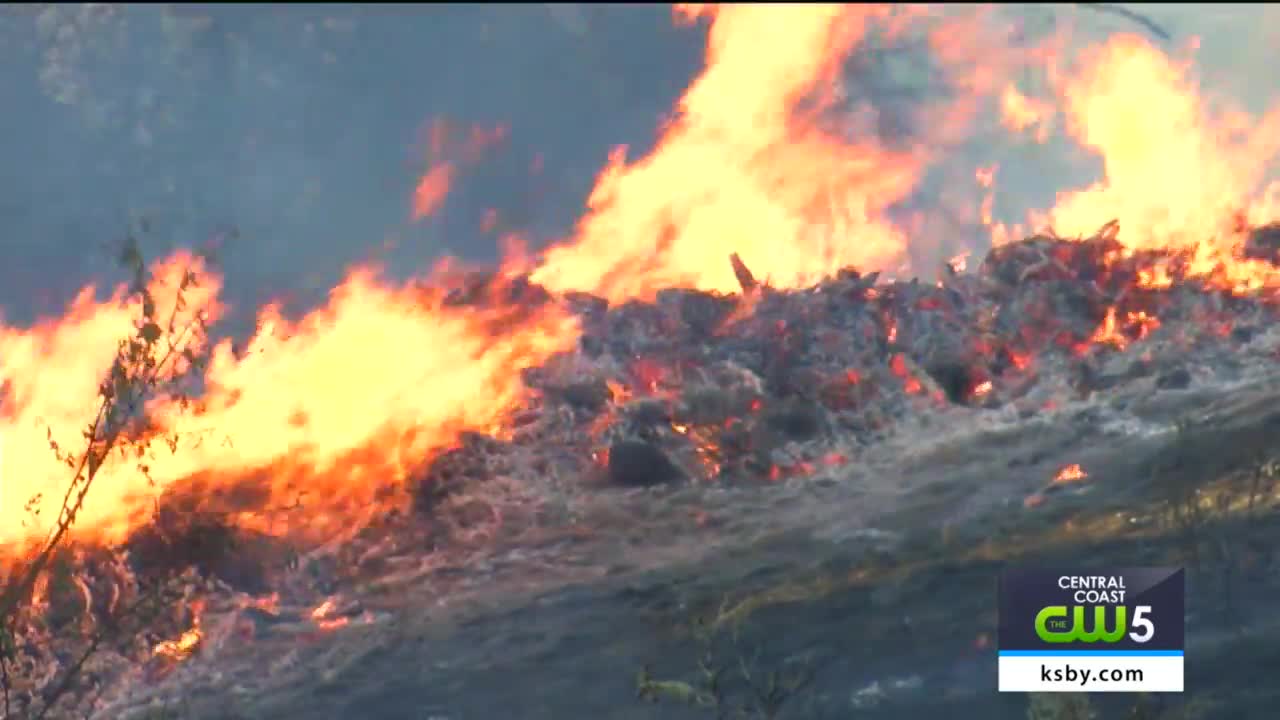 Evacuation orders are still in place.

At least two homes destroyed, according to fire officials.

For the latest on the fire Sunday, click here.

UPDATE (10:03 p.m.) - Red Cross volunteers are helping to assist at the temporary evacuation site at Santa Margarita Elementary School, according to a tweet from Red Cross Central California.

An evacuation warning means residents can voluntarily leave, but it is not mandatory. In the event conditions worsen, they should prepare to leave.

An evacuation order is mandatory.

The current evacuation center is Santa Margarita Elementary School located at 22070 H Street, according to the post.

The Horse Emergency Evacuation Team of San Luis Obispo County also has seven trailer teams from their North and South County crews, according to a Facebook post.

The HEET team said in a comment they are staging and sheltering operations at Santa Margarita Ranch. They said to contact them at (805) 550-0213 before bringing in animals to their command center.

UPDATE (8:36 p.m.) - Both Santa Maria Fire and Five Cities Fire are assisting with the pond fire, according to their tweets.

CAL FIRE SLO Chief Scott Jalbert said about 100 homes have been evacuated and more could be included in that evacuation order if conditions worsen.

Highway 58 from Parkhill Rd. to Huer Huero Rd. is closed according to Caltrans.

SigAlert: #Hwy58 each way from Parkhill Rd to Huer Huero is CLOSED due to brush fire so use caution & avoid travel in the area. @ChpSlo @CALFIRE_SLO @PIOJimShivers

A SigAlert has been issued for the area.

Firefighters are facing challenges with steep and rugged terrain, according to fire officials.

About 150 fire personnel is on scene battling the fire using multiple engines, dozers and airtankers.

Chief Jalbert said state resources are limited due to several other wildfires burning across California.

UPDATE (5:50 p.m.) - Evacuations are in progress for the areas of Highway 58 and Huer Huero Rd south to Park Hill Rd, according to sheriff's officials.

The SLO County Sheriff's Office is using a Reverse 9-1-1 notification system to alert residents in the evacuation area.

Officials said at least one structure is destroyed and many others are threatened.
----

ORIGINAL STORY (5:25 p.m.) - CAL FIRE SLO is on scene of a vegetation fire burning in Creston.

According to officials, the fire, called the Pond Fire, broke out at 6:44 p.m and is burning near the 3400 block of Katacreek Rd.

It has already burned more than 50 acres.

@CALFIRE_SLO battling a wildland fire near Katacreek Rd in Creston currently over 50 acres. Road closures in effect on Hwy 58 and evacuations are taking place. Photo is as seen from Templeton. pic.twitter.com/UwrAkCcFis

Road closures are in place on Highway 58 and evacuations are in progress.