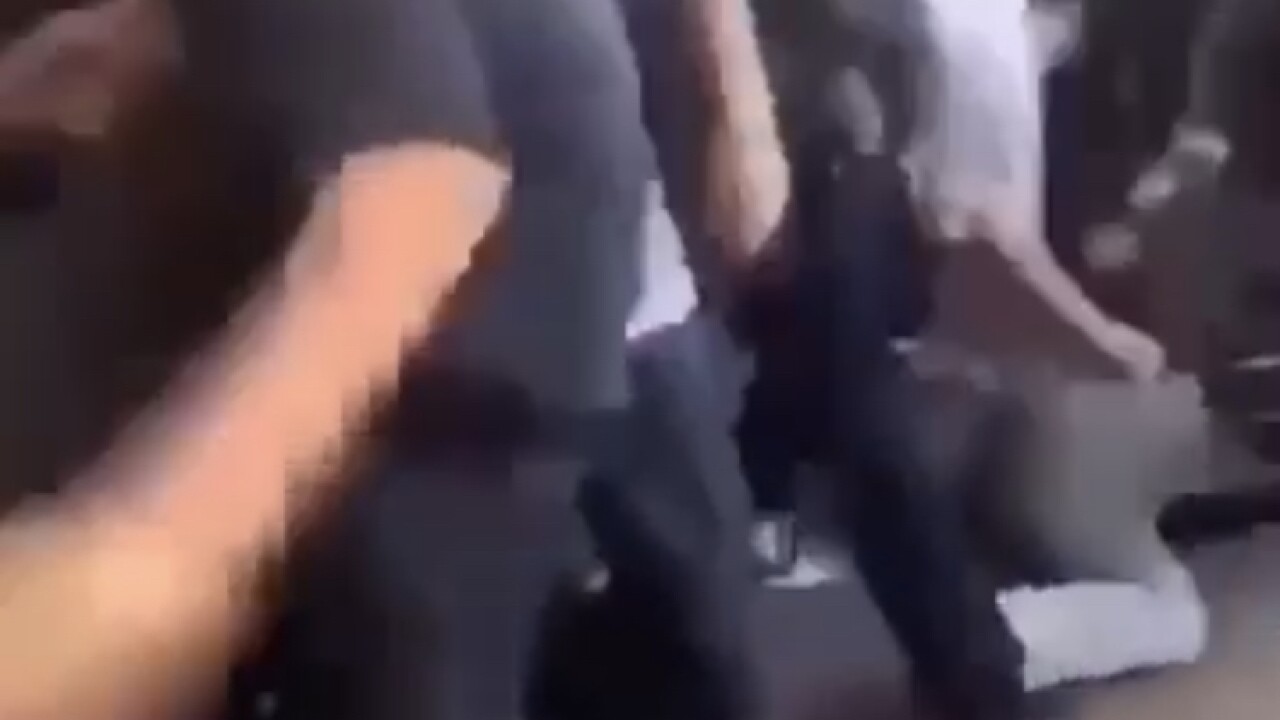 Snapchat video of a fight at Righetti High School Monday

A fight that broke out Monday at Righetti High School in Santa Maria is under investigation.

The Santa Barbara County Sheriff's Office says deputies were called to the school at about 12:10 p.m. but by the time authorities were on scene, people had already dispersed.

A Snapchat video of the fight circulating on social media appears to show several people involved. At one point, people can be seen kicking and punching others on the ground.

Righetti High School officials said the fight was quickly controlled and the school was never placed on lockdown. No word on if any significant injuries were reported.

After seeing video of the incident online, some parents expressed concern over not being notified of the fight by school officials.

The Santa Maria Joint Union High School District tells KSBY News the district does not always notify parents following a fight, but said parents and staff had been notified of the incident by Tuesday afternoon.

District officials say the investigation is ongoing, adding that the students involved have been disciplined. The sheriff's office says it will submit criminal complaints as appropriate.