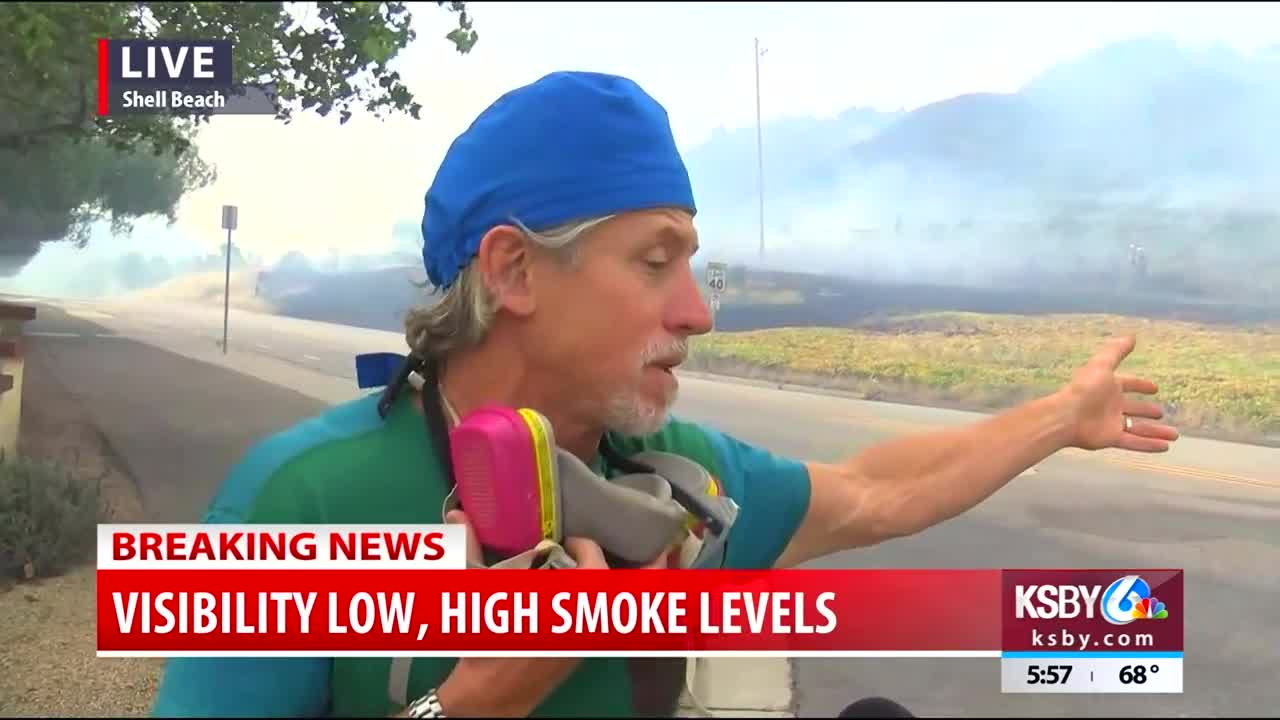 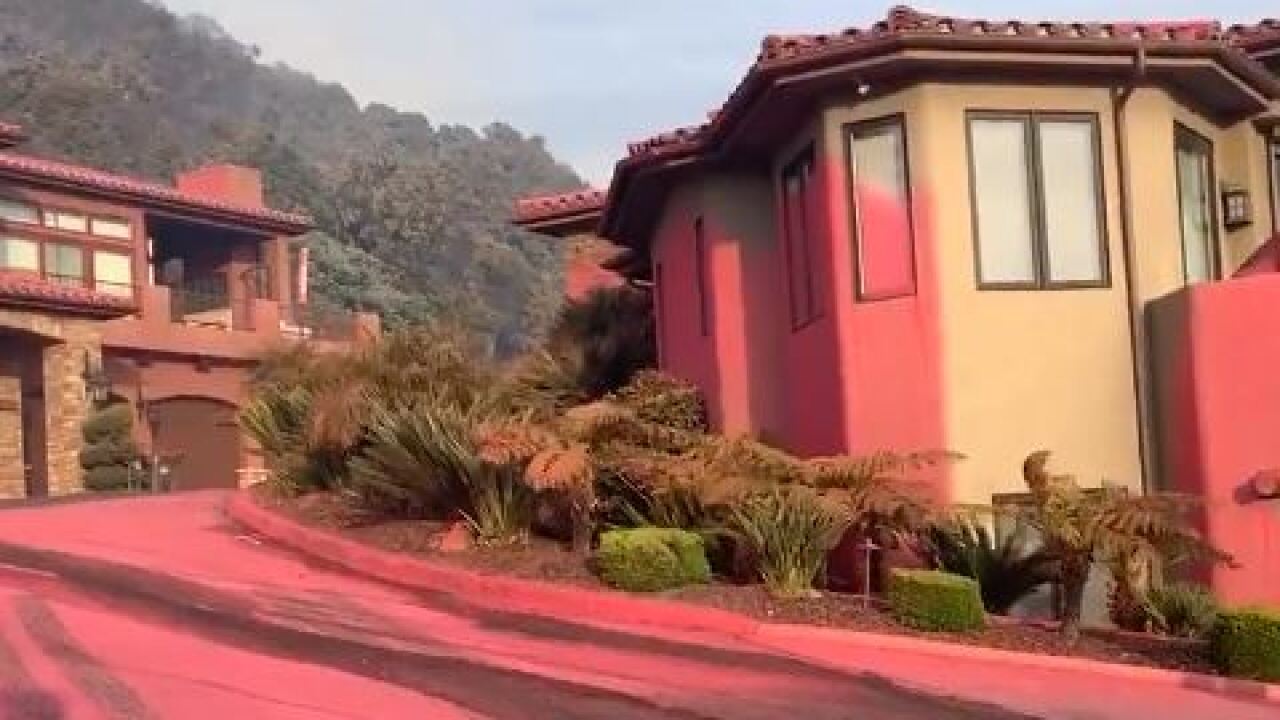 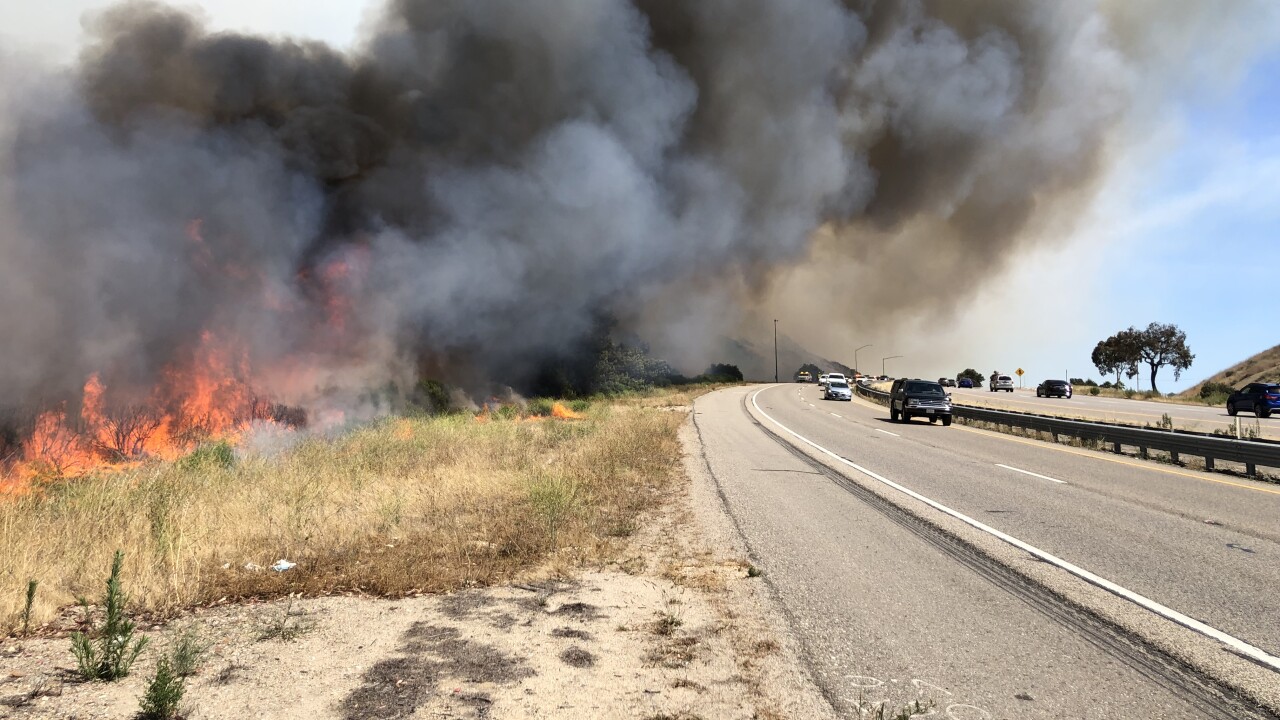 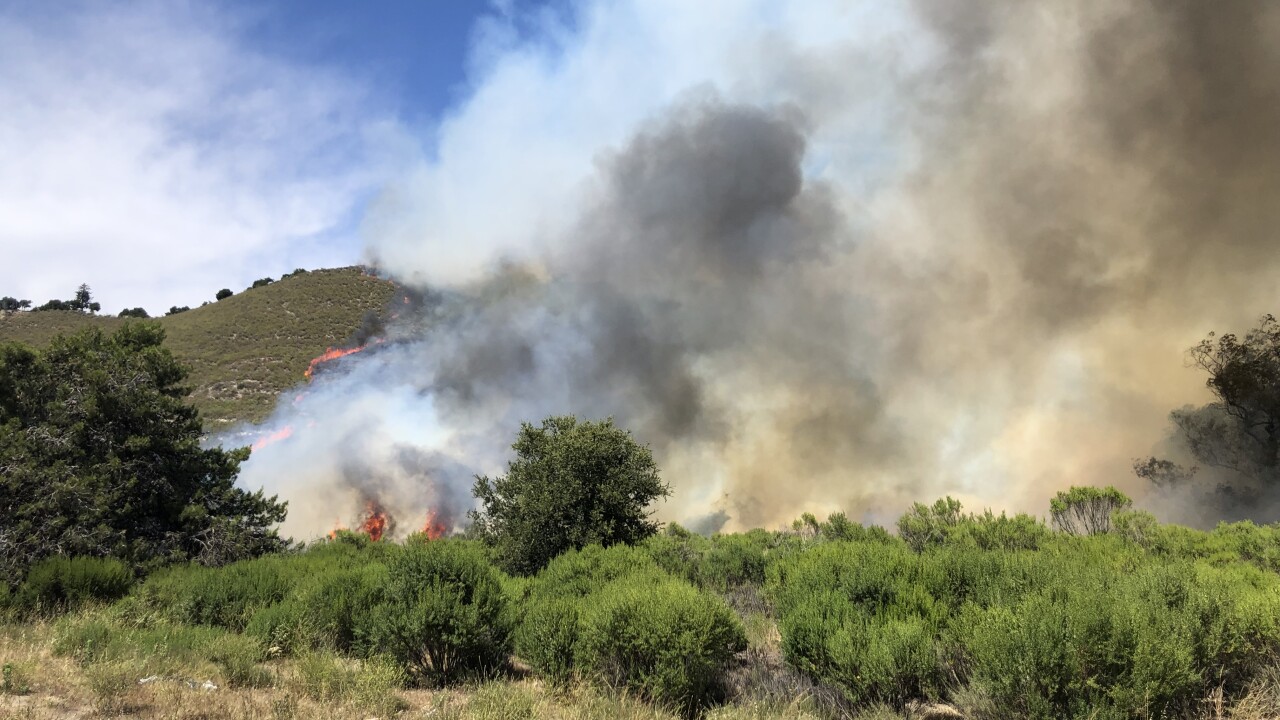 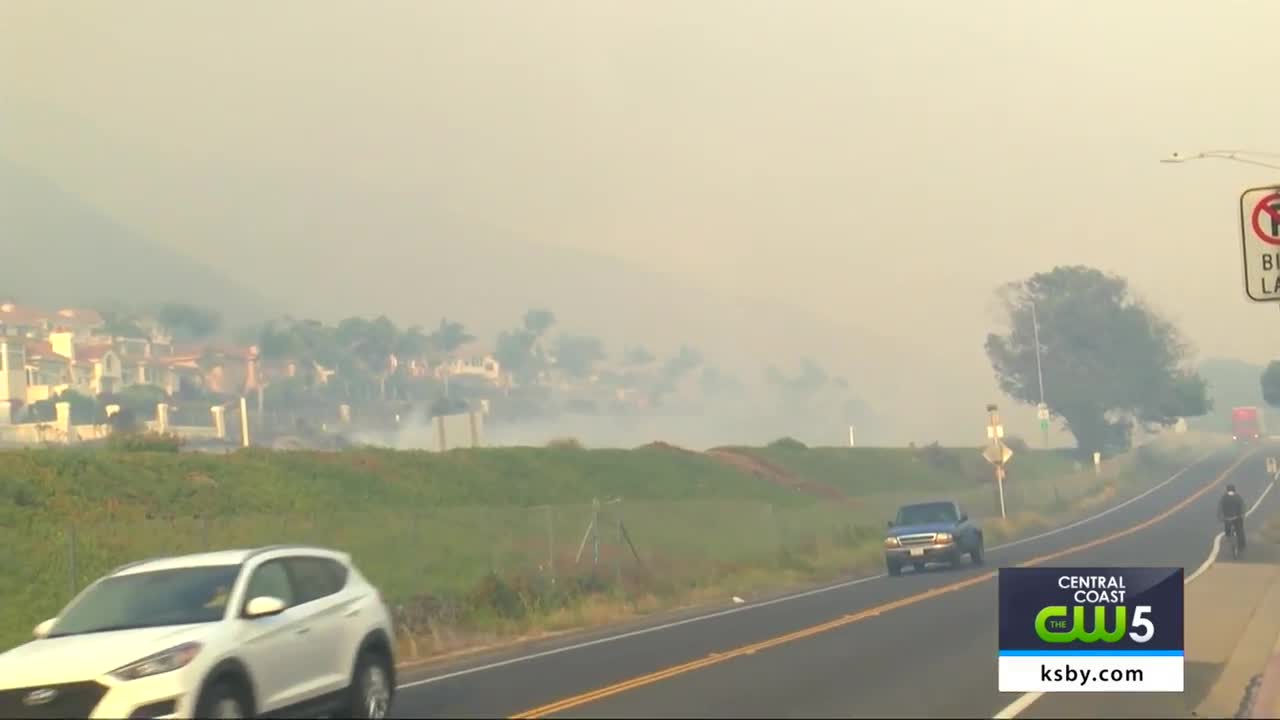 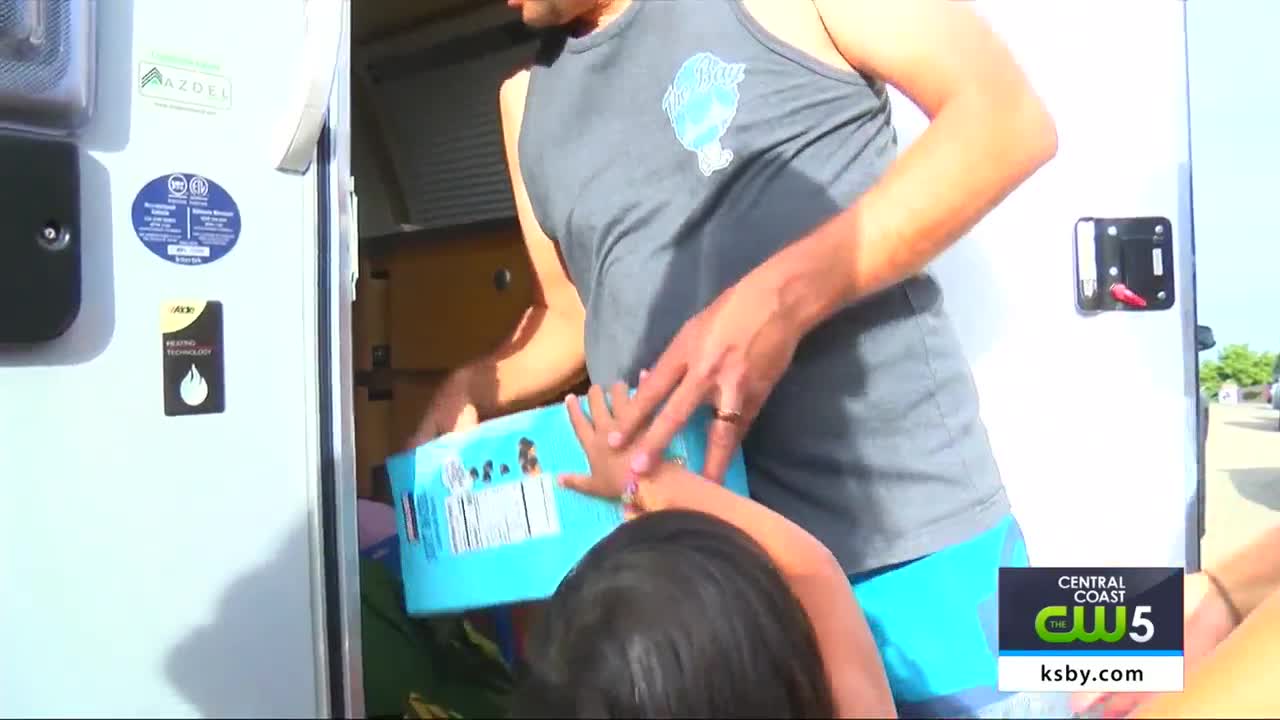 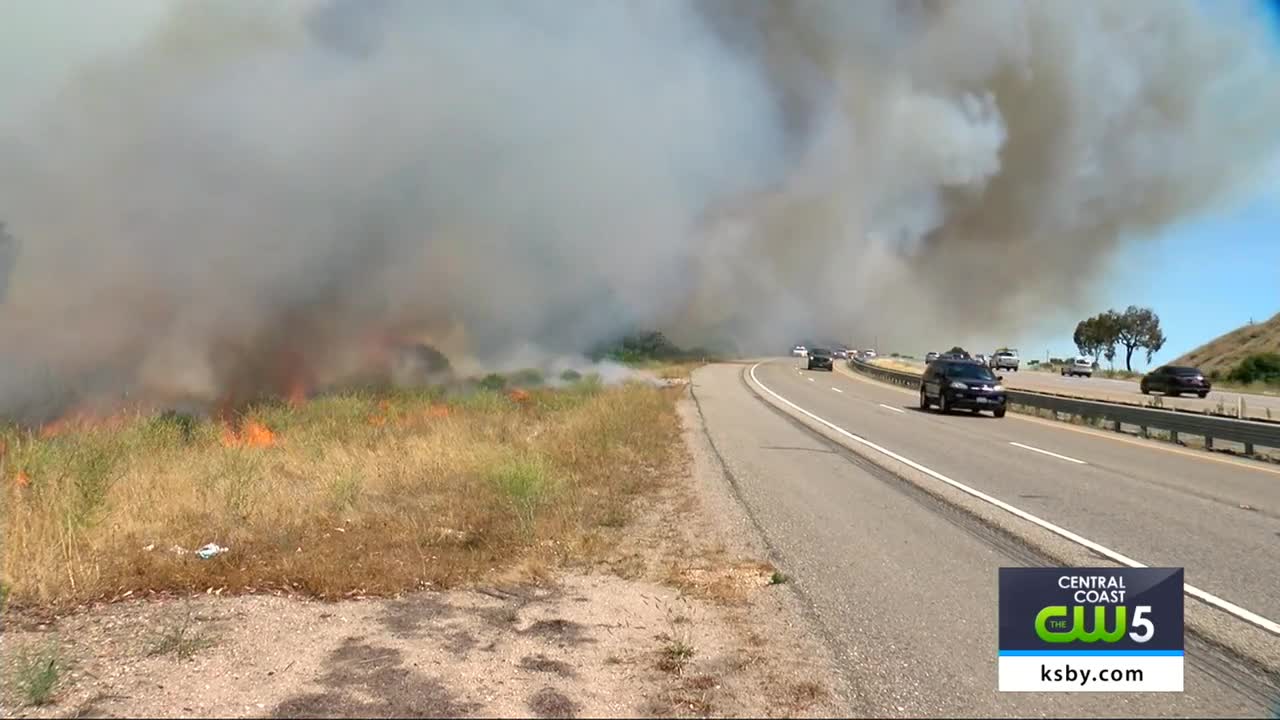 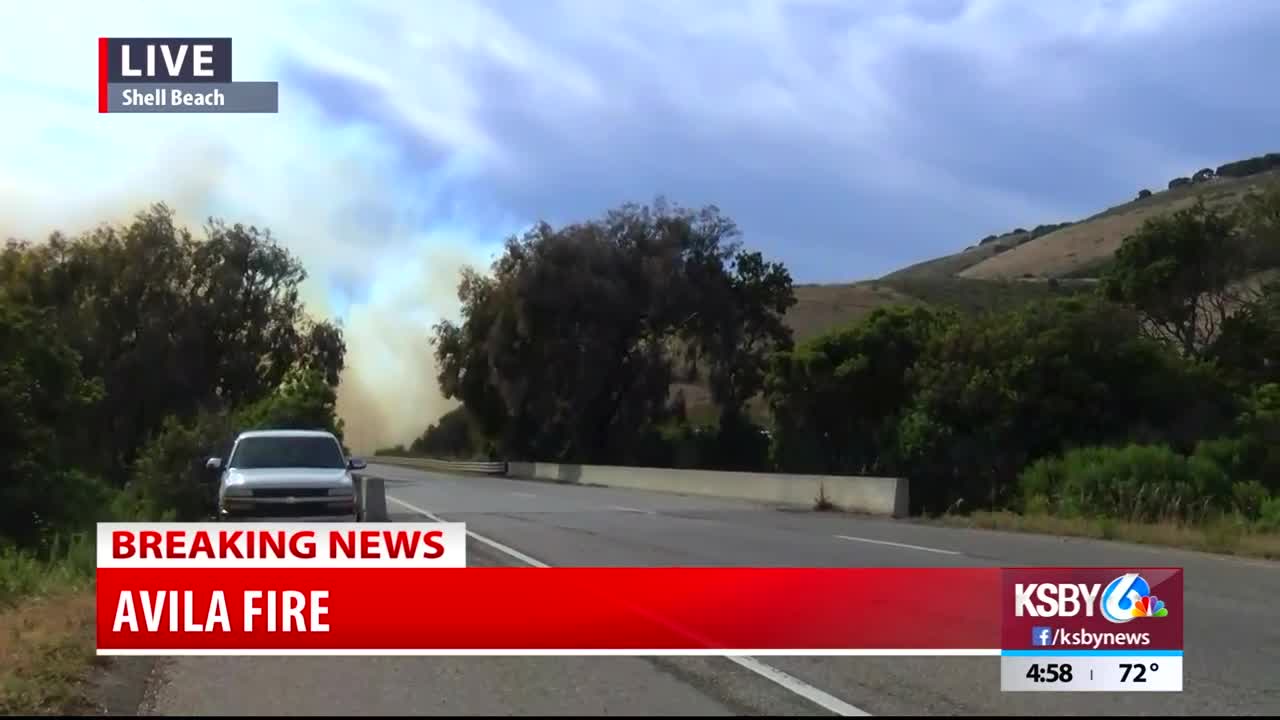 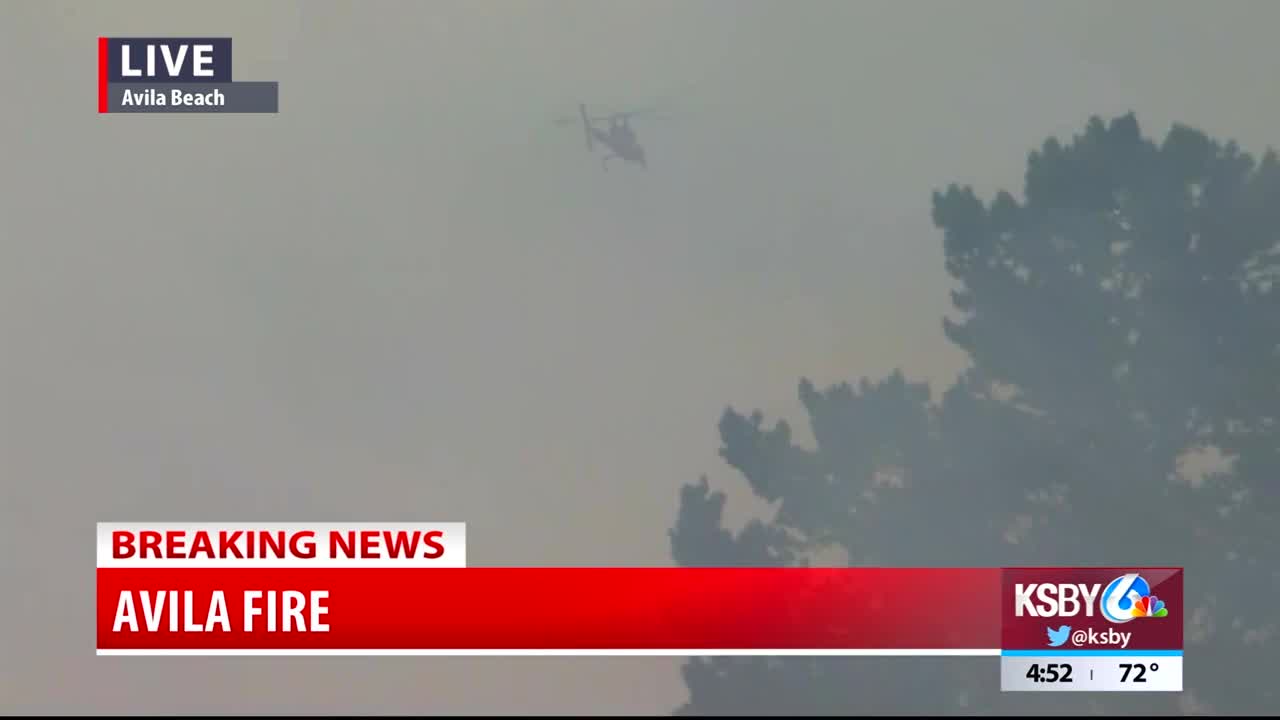 This story was last updated at 7:30 a.m. on Tuesday, June 16. For the latest updates on the Avila Fire, click here.

UPDATE (5:22 a.m.) - The number two lane of the Northbound Highway 101 near Mattie Rd. has been reopened. All roads are now reopened in Pismo Beach after they were closed due to the Avila Fire. The Northbound on and off ramps at Spyglass Road remain closed as well as the Northbound Avila Beach Drive off ramp.

UPDATE (11:30 p.m.) - The final evacuation orders and road closures in the City of Pismo Beach due to the Avila Fire were lifted at 11:30 p.m. One lane of Northbound Highway 101 remains closed at Spyglass Drive while PG&E works to replace a power pole in the area. Avila Beach Drive also remains closed.

UPDATE (10:53 p.m.) - CAL FIRE SLO says the final evacuation orders in the City of Pismo Beach are now not expected to be lifted until after 11 p.m. The exact time is unknown.
---

UPDATE (9:26 p.m.) - Evacuation orders have been lifted in all areas except for the following four streets in Pismo Beach: Barcelona, Costa Rica, Costa Brava and Costa del Sol. Those evacuation orders are expected to be lifted at 10 p.m.

Firefighters will remain on scene overnight and be replaced by crews requested from across the state Tuesday.

Several aircraft ordered to help aid in the fight for containment will be grounded overnight but start making drops again Tuesday morning, according to CAL FIRE.

An evacuation warning for the Pismo Heights area has been lifted but one for the area east of Highway 101 from North Bello Street, south to Price Canyon Road and east to the Pismo Beach city limits remains in place.

People are told to prepare to leave in needed and if you feel you are in danger, get out immediately.

While CAL FIRE SLO says there have been no homes damaged or destroyed, the fire burned right up to some houses in the Shell Beach area.

The pink phos-check from the air tankers is now covering the roads and rooftops of the Spyglass Pointe neighborhood @KSBY pic.twitter.com/S79sYwUzOF

UPDATE (6:56 p.m.) - The evacuation order for the Pismo Heights area has been canceled, according to the San Luis Obispo County Sheriff's Office.

Pismo Beach City Manager Jim Lewis says air tankers have retardant around the fire to help contain it. There have been no reports of structures burned.

Firefighters are reportedly feeling "optimistic" about getting the upperhand on the blaze.

Lewis says the flames have not reached the Pismo Preserve.---

UPDATE (6:30 p.m.) - The Avila Fire has grown to 400 acres and is 10 percent contained. Fire officials estimate about 100 homes are threatened by the fire.

A health advisory has been issued.

--
UPDATE (5:39 p.m.) - CAL FIRE says the fire is estimated to be at least 300 acres. A new evacuation warning is now in effect for the area east of Highway 101 from N. Bello Street, south to Price Canyon Road and east to Pismo Beach city limits.

Flames burned up to at least one home and embers have ignited palm trees in the area.

Fire officials say at least 200 personnel from several local agencies are on scene.

More than 100 PG&E customers in the Shell Beach area are also said to be without power. Power lines are down in the area and PG&E is on site.

UPDATE (5:33 p.m.) - CAL FIRE says residents on the west side of Highway 101 can shelter at home. People in the Gragg Canyon Ranch area are advised to pay attention to evacuation updates and be ready to leave if they have not done so already.---

UPDATE (5:05 p.m.) - Evacuees are being told to go to the Walmart parking lot in Arroyo Grande for the time being.

Evacuation advisories are in place for the Gragg Canyon Ranch area and the Pismo Preserve.

An additional 20 engines have been ordered.

UPDATE (4:03 p.m.) - SLO County officials say northbound Highway 101 is closed at Mattie Road in Shell Beach due to the fire. Evacuations are in progress on Live Oak Lane, Indian Knob Road and Monte Road, according to the sheriff's office.

Anyone who feels in danger is told to leave immediately.

Drivers heading northbound toward San Luis Obispo are told to use Highway 101 at Oak Park Road as a detour and continue east onto Highway 227.

The fire is prompting heavy smoke in the area.

UPDATE (3:45 p.m.) - SLO City Fire says evacuations are in progress. People are asked to avoid Highway 101. Traffic is backed up in the area.

Fire officials said two additional air tankers and a helicopter had been requested.

The fire is burning south/southwest from Avila Beach Drive along Highway 101.

About 15 CAL FIRE engines are on scene along with two inmate hand crews.

CAL Fire crews are responding to a vegetation fire near Avila Beach on Gragg Canyon Road and North Thompson Avenue.

It has burned 5 acres with a high rate of spread. It has the potential to grow to more than 200 acres.

Additional air craft and engines are being ordered to respond.

KSBY has a crew at the scene and will have updates as they become available.

Firefighters from several agencies are now on scene of a vegetation fire in Avila Beach - a fire copter is taking water from the ocean and making drops @KSBY pic.twitter.com/7cHfEwWctq