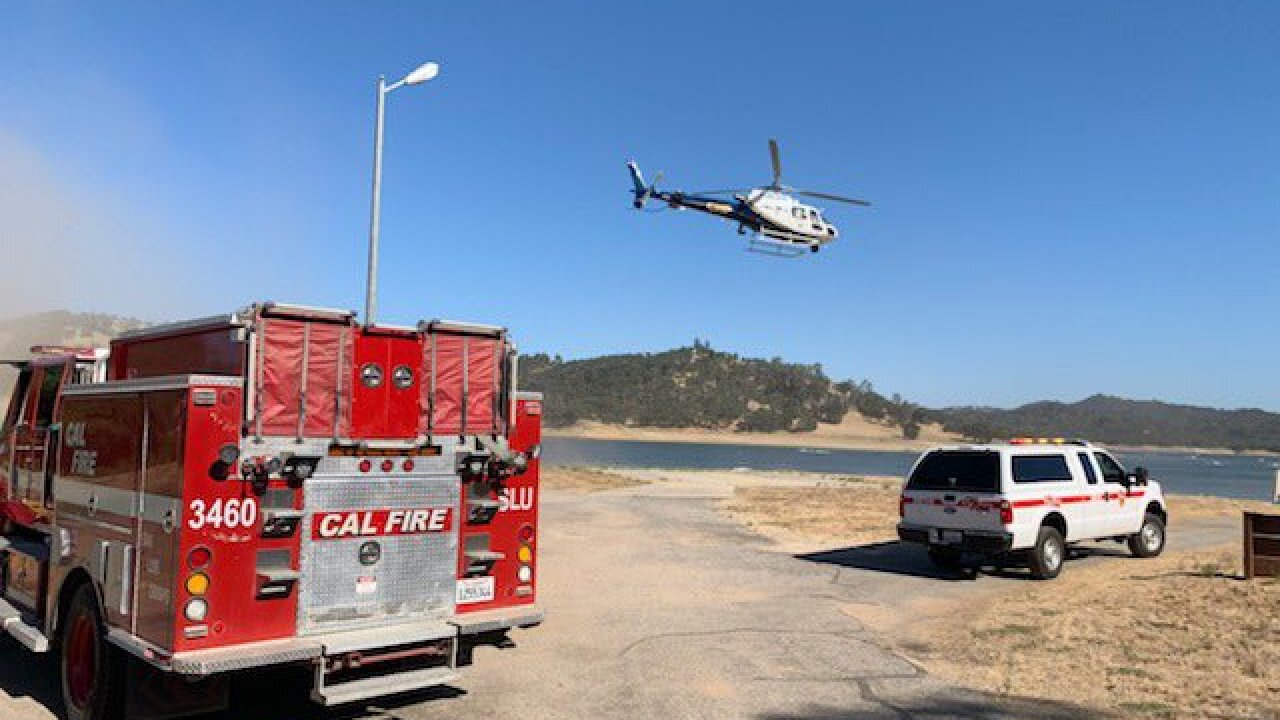 In a Tweet posted early Saturday evening, CalFire SLO is sharing details of an injured person who needed to be airlifted by CHP's H70 helicopter from Lake Nacimiento.

First responders say they have been busy at the lake already this weekend, with multiple medical aids being reported.

#Firefighters and #H70 at #LakeNacimiento airlifting an injured person. Multiple medical aids have been reported through out the day on the lake. #CountyofSlo pic.twitter.com/VsmP4clpwC

A spokesperson for CalFire SLO says the person airlifted had a back injury but it was unclear how it happened.

As of 6 p.m. Saturday, the agency has responded to four medical aids at the lake.