Firefighters responding to commercial, car fire at A Matter of Taste in Cambria 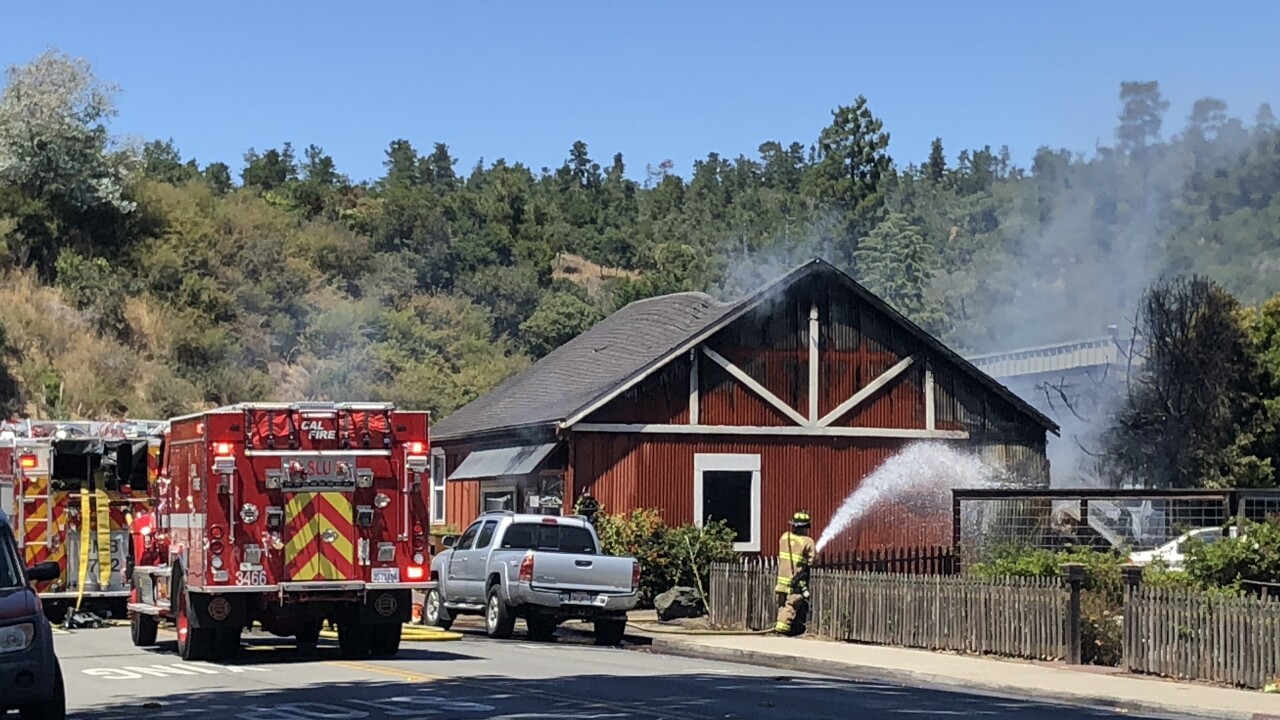 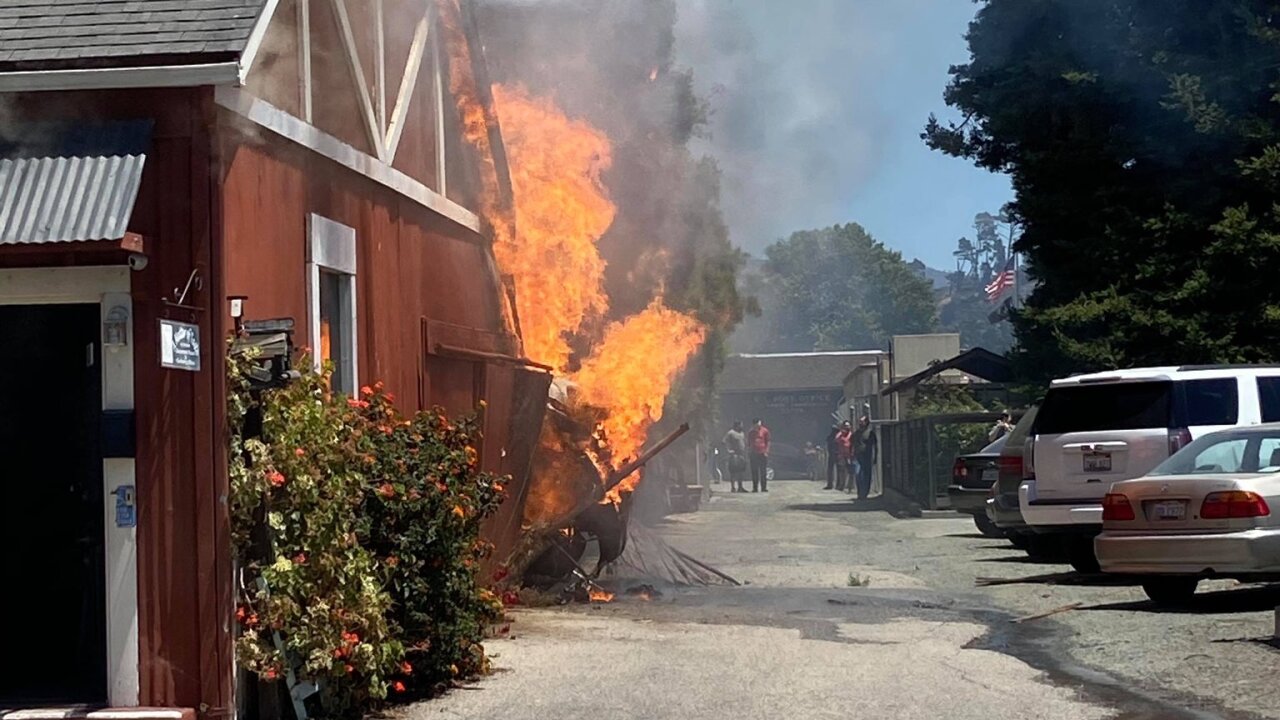 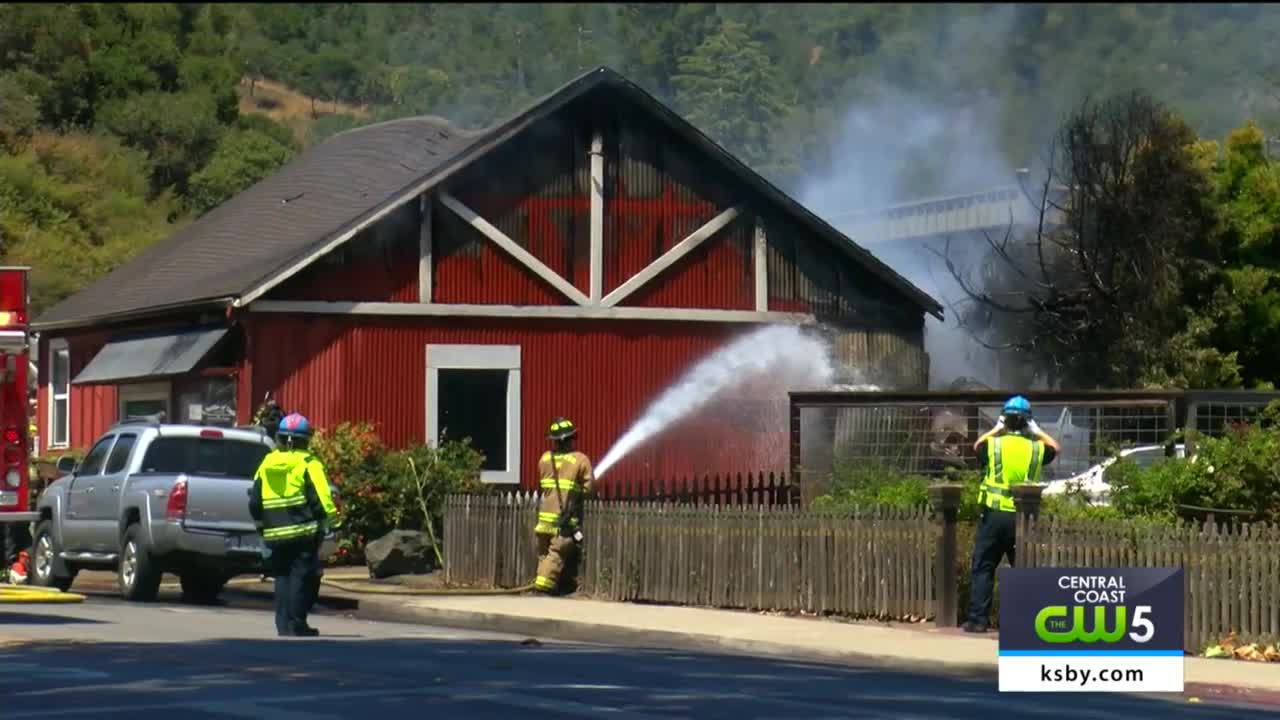 UPDATE (2:45 p.m.) — A pickup truck drove into a gas line, igniting a fire behind the commercial building and causing the building to catch fire as well, according to fire crews.

Firefighters say they must dig up the gas line to stop the fire from growing, which will "take a while."

This is a developing story. Please check back later as more information becomes available.

According to eyewitnesses, a pickup truck drove through a fence and caught fire.

It is not yet known if there are any injuries.

According to the California Highway Patrol Incident Information page, around 1:05 p.m., first responders received reports of a vehicle that hit a building on the 4100 block of Burton Drive, causing the structure to catch fire. The commercial fire then caused the car to catch fire.

It is unknown if there were people inside the vehicle or the building. CAL FIRE SLO did not immediately respond to calls from KSBY News.

KSBY is sending a crew to the scene to obtain more information about this incident.