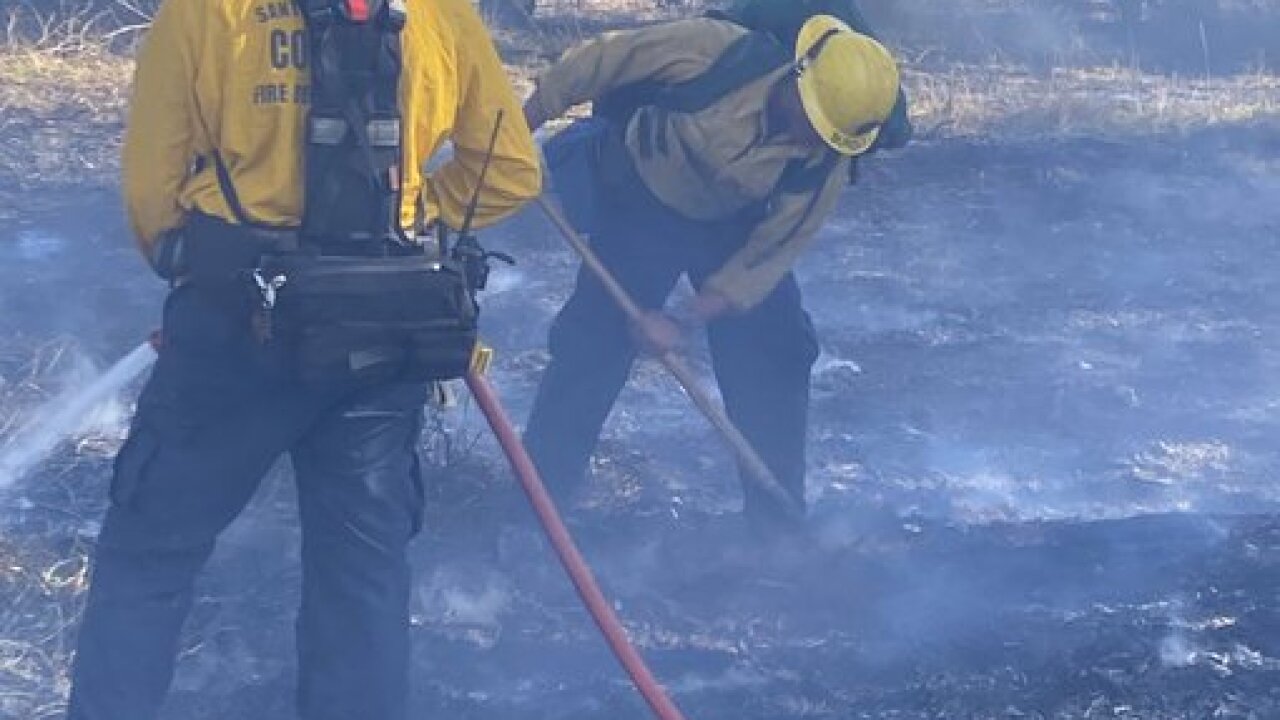 A vegetation fire burned about an acre of grass after breaking out off Highway 101 outside Goleta Tuesday, fire officials say.

The Santa Barbara County Fire Department says it was reported just before 4 p.m. in the Dos Pueblos Ranch area.

No structures were threatened and no injuries reported.

Crews are expected to remain on scene for at least an hour to mop up.