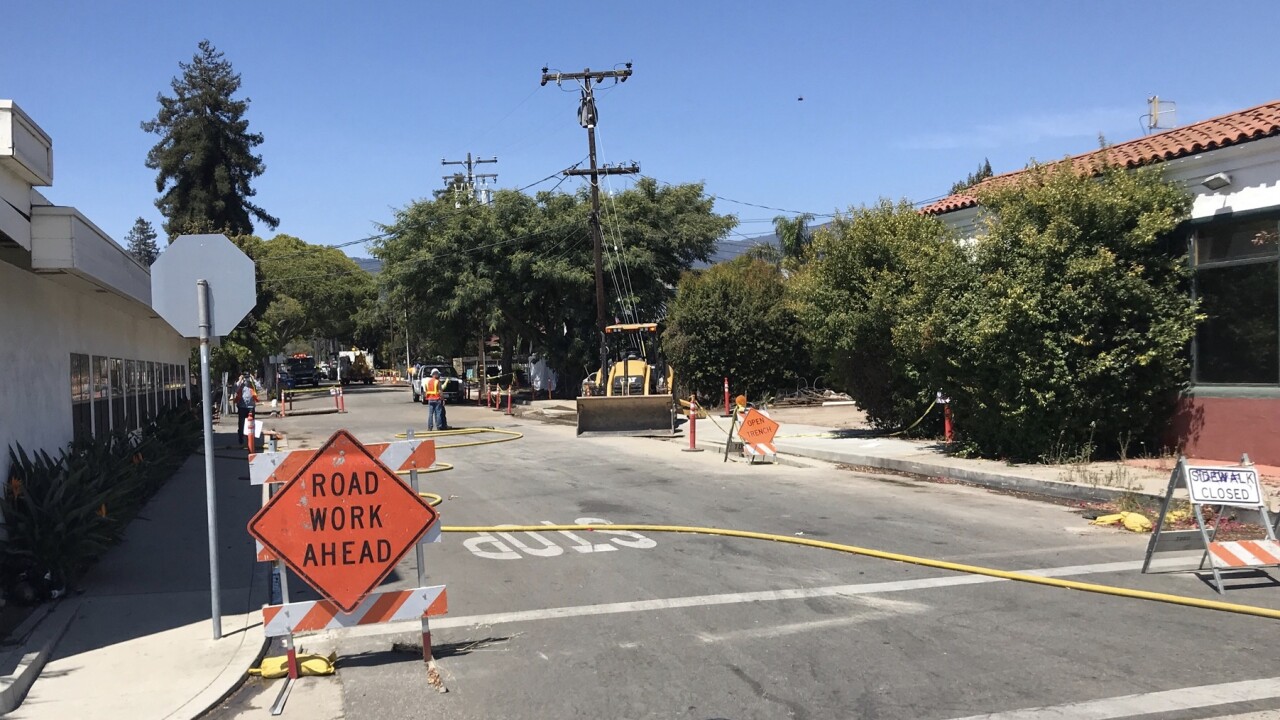 City of Goleta
A construction crew ruptured a large gas line at Hollister and Orange in Goleta on Monday, Aug. 3, 2020. (Photo courtesy City of Goleta)

(3:20 p.m.) - A construction crew struck a large gas line in Goleta on Monday, according to the Santa Barbara County Fire Department.

It happened at about 1:30 p.m. in the area of Hollister Ave. and Orange Ave.

Authorities evacuated nearby buildings as a result of the gas leak, and traffic was being diverted around the 100 block of Orange Avenue. City officials said Hollister Ave. was also closed in both directions between Magnolia and Fairview.

Gas company crews have been called to fix the leak.

People are being asked to avoid the area.