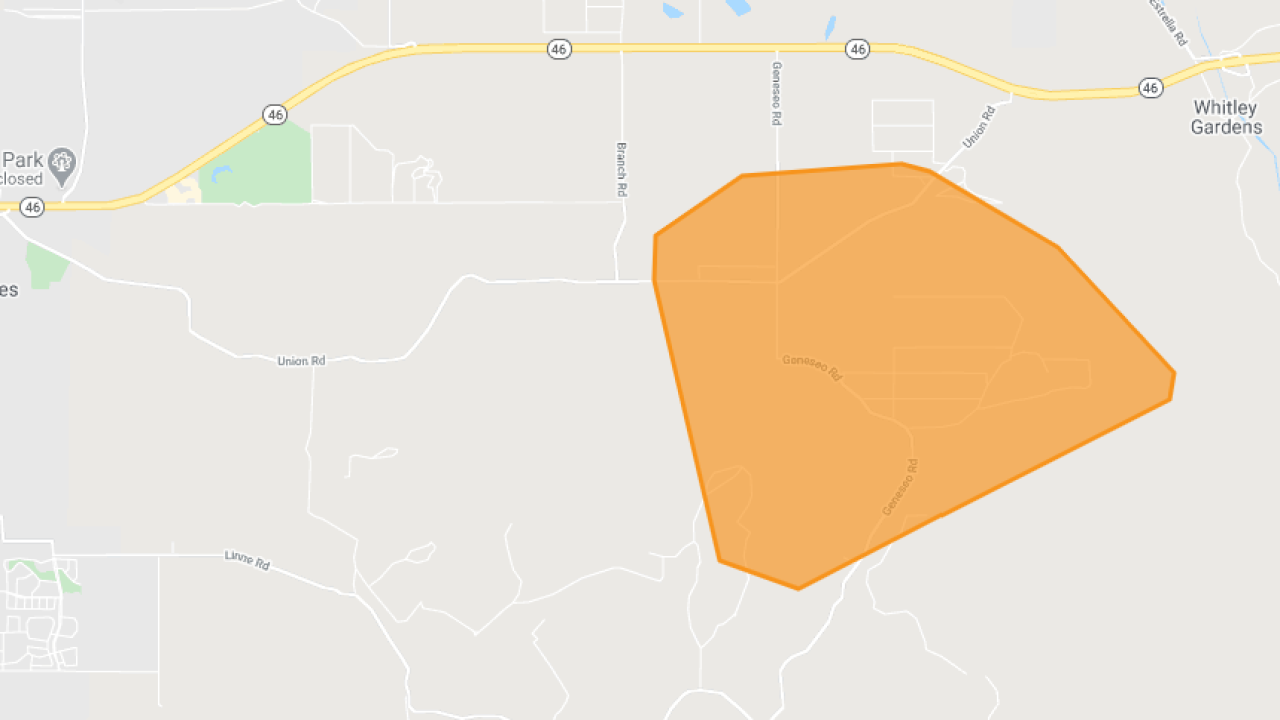 (UPDATE: 9:15 A.M.) - CHP is working to clear the scene of a cement truck that crashed into a power pole.

The crash happened on a private road, so CHP was not able to close the road as crews works to clear the scene.

PG&E is working to restore power to the hundreds of customers who lost power. As of 9:15 a.m. only 153 customers remain without power. Power is expected to be restored by 11 a.m.
__
California Highway Patrol is responding to a crash that happened early Tuesday morning in Paso Robles.

According to CHP, a cement truck crashed into a power pole, knocking down the pole and causing power lines to fall.

The crash happened at around 7.55 a.m. on the 5600 block of Ground Squirrel Hollow Road.

CHP is working to close the road as crews respond and work to clear the crash site.

Nearly 700 PG&E customers in the area are without power Tuesday morning. According to PG&E, crews are on scene and expect power to be restored at around 11 a.m.

This is a developing story and will be updated when more information becomes available.