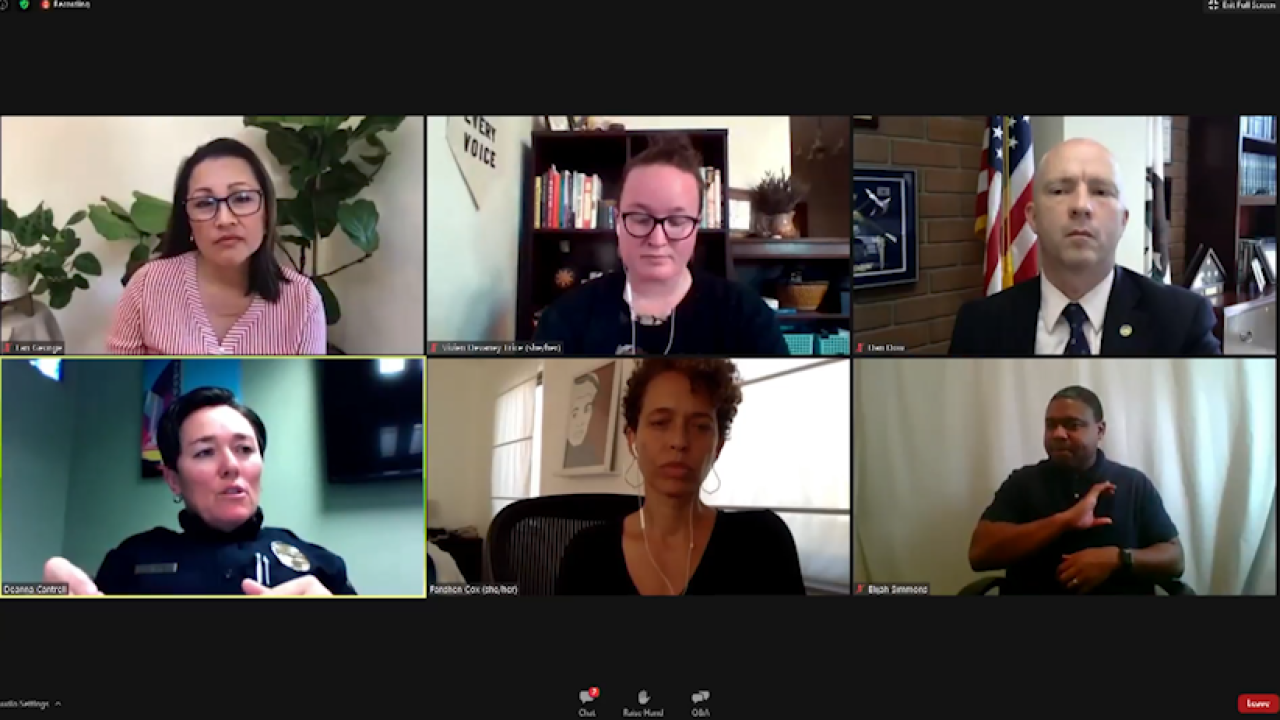 How law enforcement interacts with marginalized communities has been in the spotlight for months now following the death of George Floyd.

Top law enforcement leaders in San Luis Obispo County were part of a panel entitled: "Black Lives Matter: How to be an Ally - A local public safety perspective."

This meeting was a part of a four-part series hosted by Diversity Coalition San Luis Obispo County with goals of starting a dialogue for respecting and listening to one another.

This panel discussion focused on allyship and its role in addressing systemic racism and the criminal justice system.

"I'm an ally to marginalized communities because I'm a police leader that loves both: I love policing, I love the people that engage in the very difficult work of policing and I love our marginalized communities that don't like us. I have the ability as a police chief to change policies, to change practices, to change people and to ultimately change the culture of policing and equally important - to change community members' hearts and minds about how they feel about people in this uniform," Chief of the San Luis Obispo Police Department, Deanna Cantrell said.

Panel members were asked a wide range of questions from the community like what would it mean exactly to defund the police.

"I would say find the funding somewhere, get the system put in place and then if you see police calls to service start to come down by 20 percent, 25 percent or whatever it turns out to be - fantastic. Then yes, the police department should restructure at that point," Chief Cantrell said.

"What can we do that will literally commit that 20 years from now, we've set ourselves up that people of every community and particularly people of color can do to avoid these tracks that end up funneling into the criminal justice system," Dow said.

Panelists were asked if restorative justice would be available to protest organizer Tianna Arata.

"Do I want her to have convictions and a criminal record that's going to impact her life later? No. What I do want is for her to realize she cannot engage in that kind of behavior. There's a disagreement there - some people think there was nothing wrong with any of the behavior - I disagree with that; this is why she was charged with the crimes she was charged with. There has got to be a level of accountability - restorative justice isn't about no accountability, there is accountability in it but what is that going to look like?," Chief Cantrell said.

Dan Dow said he was unable to comment because of the open investigation but when asked what does Black Lives Matter mean to him, he gave this response:

"My personal worldview is we're all created by God and we're all are equal regardless of where we were born, where we were raised, what communities we live in and that's to me the dignity of every human life and I'm not willing to compromise on that."

Fanshen replied by saying: "We're not all treated that way," to which Dow agreed.

In the meeting, Dow said there is systemic racism in San Luis Obispo County and he's committed to uprooting racism, wherever it's found whether in the criminal justice system or community.

So where do we go from here? For Arroyo Grande City Council member Lan George, she said she's been a victim of excessive force from police and is working towards fixing a what she says is "broken system" for receiving social services in the Arroyo Grande community.

George said she hopes to make changes in a way that can be mimicked elsewhere.

As for Restorative Partners, Devaney-Frice said she'd like to see the scope of their work expand to make them more available to people around the clock.

The third part of this series is scheduled for Aug. 26 and will be focused on issues related to the faith community.