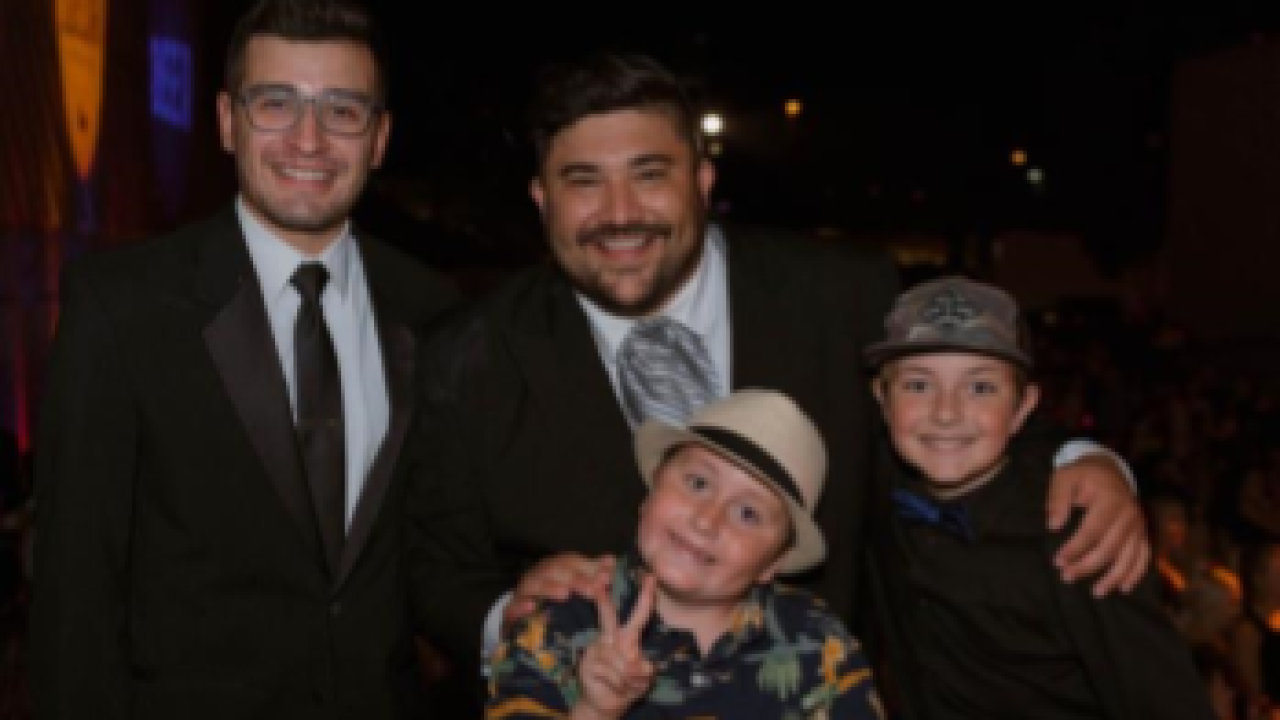 At the Sidecar Loading Dock Party on September 7, the 2017 and 2018 Wish Grantees, Francisco "Kiko" Chicas Aleman and Cooper Hawes, joined Erik as he was officially announced as the 2019 Wish Grantee.

During the event, Adam Montiel, Coast 104.5, and Leann Standish, Executive Director of the Foundation, awarded Erik with one year of lessons at Coastal Dance Music Academy.

Erik Biven is a 9-year-old boy who has been enrolled in Big Brothers Big Sisters of San Luis Obispo County for two years. Erik's mother, Amy Valdez, says she wanted him to have a Big Brother because, while he is loyal, sweet and has a huge heart, he struggles with severe delayed receptive and expressive speech compounded by equally severe ADHD.

"This means so much for Erik, he was completely thrilled and can't wait to begin his lesson" says his Mom, Amy Valdez. "We are truly honored to receive this gift."

According to Erik's mom, throughout his challenges, you will rarely see Erik without a smile on his face and a song in his heart. Erik looks for every opportunity to jump on stage and, without hesitation or embarrassment, belt out a song. Erik is a performer at heart but, due to his learning delays and financial struggles, has been unable to participate in any formal performing arts programs.

"We all fell in love with young Erik and his family and can't wait to see how the arts contribute to his growth," said Leann Standish, "Erik's Mom, Amy blew us away with her determination as a parent."

The Foundation for the Performing Arts Center says they are proud to provide Erik with not only multiple opportunities for dance lessons for one year at CDMA but also support for transportation, dance clothes and more to encourage him to pursue the performing arts as a creative outlet.

According to a press release, The Foundation's Performing Arts Wish Program began in 2017, when Kiko Chicas was presented with a brand-new saxophone to encourage him to continue with music after he graduated high school. Kiko now serves our country in the U.S. Navy and continues to play music whenever he can.

The second Performing Arts Wish was granted in 2018 to Cooper Hawes, who wished to pursue music following the tragic death of his father. Cooper was gifted with a vintage Ernie Ball electric guitar and a year of lessons to help him follow his dreams.

Erik now joins these young people, and many other local talents, as a contributor to the performing arts community in San Luis Obispo County.