"If you have an ocean front lot, there are some negatives to that in the long-term." 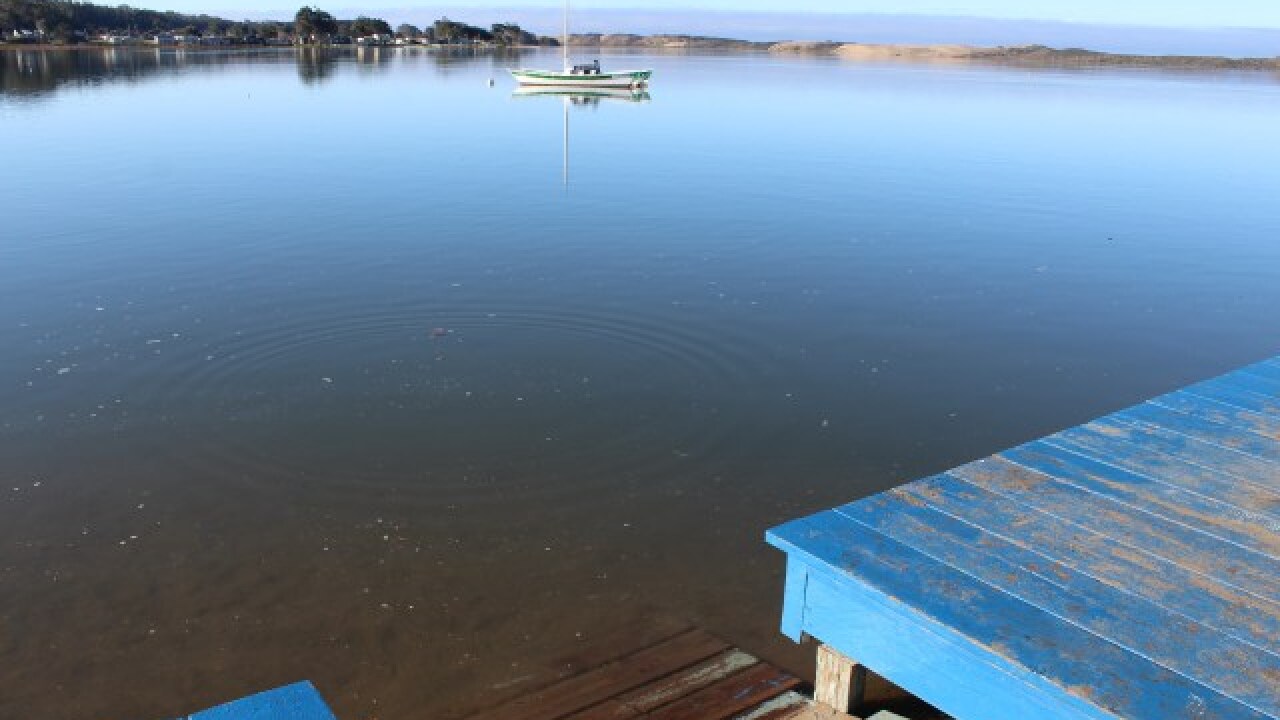 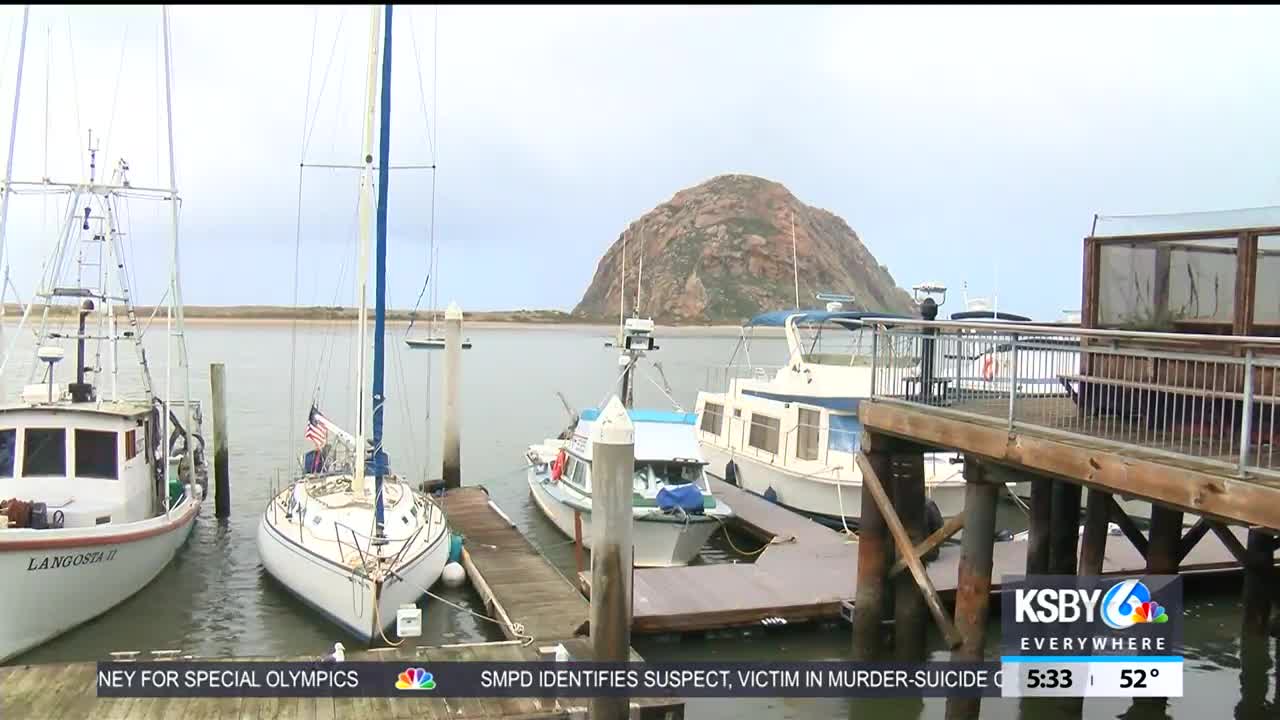 Over the past two months, KSBY News has been working with Morro Bay High School's journalism class on an in-depth reporting project. It's part of a new initiative by our parent company, Scripps, called National News Literary Week, teaching young people about the importance of accurate reporting.

News Literacy Project: Working in our communities to stop the spread of misinformation

The students told us they wanted to report on an environmental issue for their online newspaper, The Morro Bay Spyglass. Together, we looked into sea level rise and its impact on our coastal communities.

When the King Tides crash onto Coleman Beach in Morro Bay, the water washes far over the sand in a preview of what could be the new normal years from now.

"King Tides are the highest tides of the year and they happen in winter," said Rachel Pass, communications & outreach coordinator for the Morro Bay National Estuary Program. "[King Tides] show us what the normal tides of the future might look like."

What is Sea Level Rise? What can we do to prepare? by Marisa Dinsmoor, The Spyglass

"Sea level rise is what happens when glaciers and polar ice caps melt and add new water to the ocean and so over time, that water builds up and we'll see it here in Morro Bay and anywhere along any coast in the world," Pass said.

The National Oceanic & Atmospheric Administration (NOAA) reports the sea level has risen about an eighth of an inch per year. That's approximately an inch and a quarter over the last decade.

"Down at Coleman Beach, down by Morro Rock, you might not have a beach there one day," Pass said.

Rising sea levels are a side-effect of carbon emissions warming the atmosphere.

"Ninety-seven percent of scientists agree [climate change] is happening," Hovde said. "This isn't a Republican or Democrat thing. The oceans are getting bigger. They are flooding places they've never flooded before. The King Tides are getting into places locally they never have been before."

Hovde says the impacts of sea level rise on the west coast in California are fairly muted currently but that could change rapidly.

"The concern right now is that sea level rise, the rate that it's happening, is even exceeding predictions we had say, five years ago. So, we need policy now," Hovde said.

"It's a little disconcerting to think that that's what things could look like on a more regular basis," Graham said.

In less than a century, scientists say the sea level could rise by nearly 10 ft. in a worst case scenario.

"If the sea level were to rise that much, we would have a difficult time dealing with it because you're talking about inundation of most of the neighborhoods of north Morro Bay, on the west side of the highway. That's the Beachcomber tract," said Graham.

In that extreme case, Graham says the Embarcadero's infrastructure will need to be raised along with the parking lot at Morro Rock. City leaders will also have to address the erosion of beaches that border homes.

"If you have an ocean front lot, there are some negatives to that in the long term," Graham said.

With grant funding from the California Coastal Commission, Morro Bay leaders have been analyzing sea level rise over the past four years. The study breaks down the future impacts into three time periods: 10 years, 30 years and 80 years from now.

In the short term, research shows Morro Bay may see a foot of sea level rise by 2030. Graham says the primary concern in that time frame is the erosion of beaches.

How will sea level rise affect our community? by Taylor Dewey and Luke Mellom, The Spyglass

"In the long term, the 2050+ time frame, you're looking at, 'Okay, how fast is the sea level rising in the areas adjacent to where our home are in the beach tract?,'" Graham said "Those are some of the [homes] that are the most vulnerable, supposedly not by our studies until closer to 2100 but, if sea level rises faster or storms are more severe, then wave run-up can be more severe and those homes could be impacted sooner."

Graham says climate adaptation is thread throughout the city's updated general plan. Morro Bay city council members are expected to adopt the general plan this summer and forward it to the CA Coastal Commission for approval.

The changes to the Morro Bay general plan include developing a Sea Level Rise Hazard Management Plan. Part of the plan involves examining the entire city's infrastructure in relation to rising tides and re-evaluating the situation every five years as sea level rise science develops.

When the King Tides return Feb. 8-9, experts say not to feel doomed. Instead, look at how to reduce your carbon footprint.

"There's reason for hope but we really have to start making the change," Hovde said.

"We still have a chance to make a positive impact for our lifetime and for our children and grandchildren," said Pass.

Student writers and editors for The Spyglass newspaper focused on the specific impacts of sea level rise in the communities where they live and on their school campus. They also interviewed officials about what is being done to prepare.

KSBY talked with the students about what they learned from their reporting process.

"I learned that my house is in a very affected area," said Taylor Dewey, a writer for The Spyglass. "It's likely that a lot of flooding is going to happen right at my house."

"With sea level rise, I would say it's something that I was aware of before but it wasn't something that I had looked into more specifically to see what it will actually look like," said Spyglass editor Adam Rainbolt.

How will sea level rise affect MBHS? by Adam Rainbolt, The Spyglass

"The stories we tell today become history and it's also keeping people knowledgeable about things happening in the community and so I really like being a part of that and telling stories and allowing people to become more aware of the world around them," said Marisa Dinsmoor, an editor of the The Spyglass.

Click here to see more of the students' reporting.