He was taken into custody following Tuesday's pursuit 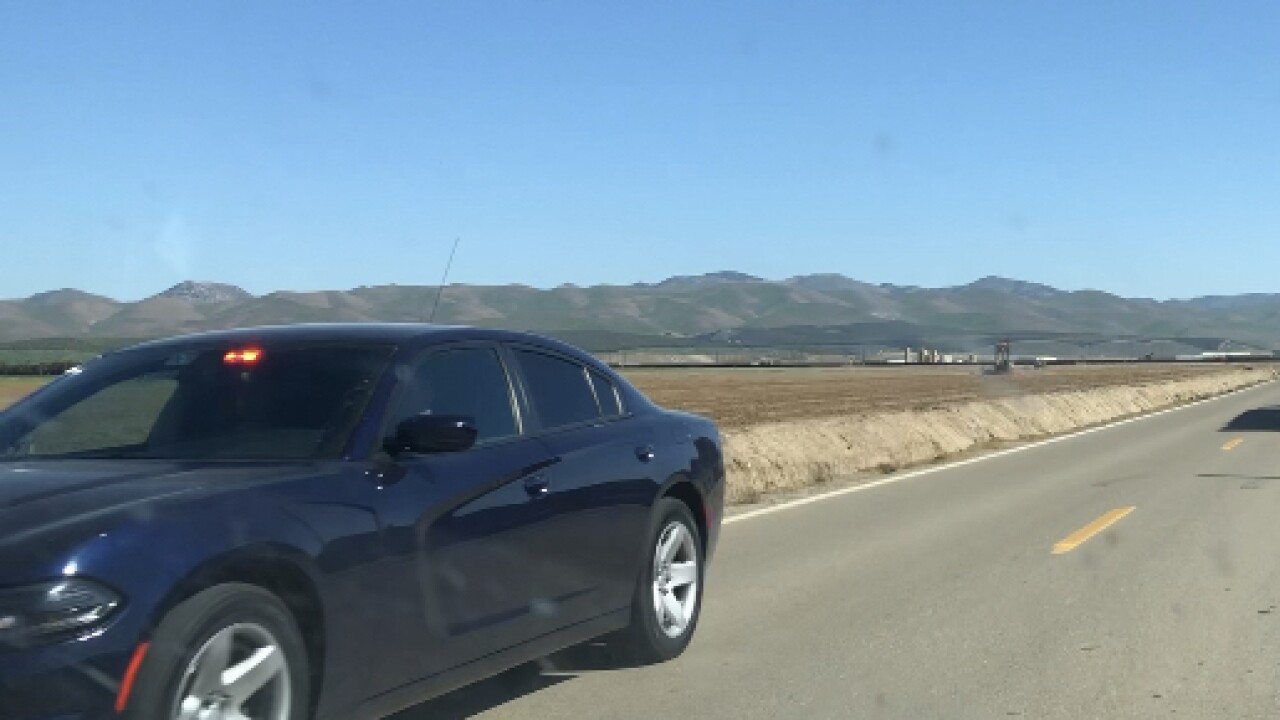 An officer involved in Tuesday&#39;s pursuit of a motorcyclist. (KSBY photo)

A motorcyclist was taken into custody after fleeing from officers twice within the last week in the Santa Maria area, according to the California Highway Patrol.

CHP says at around noon Tuesday, an officer spotted a Harley Davidson at Betteravia Avenue west of Miller Street that he had been in a pursuit with last week.

When the rider saw the officer, CHP says the motorcyclist ran a red light, prompting the latest pursuit.

The chase went on for a while before officers say the rider ditched his motorcycle and ran onto private property where he kicked open a gate, damaging it.

He was taken into custody along Olivera Canyon Road, according to CHP, and is facing two charges of felony evading - one charge for each pursuit - and two drug charges.

The rider's name has not been released.