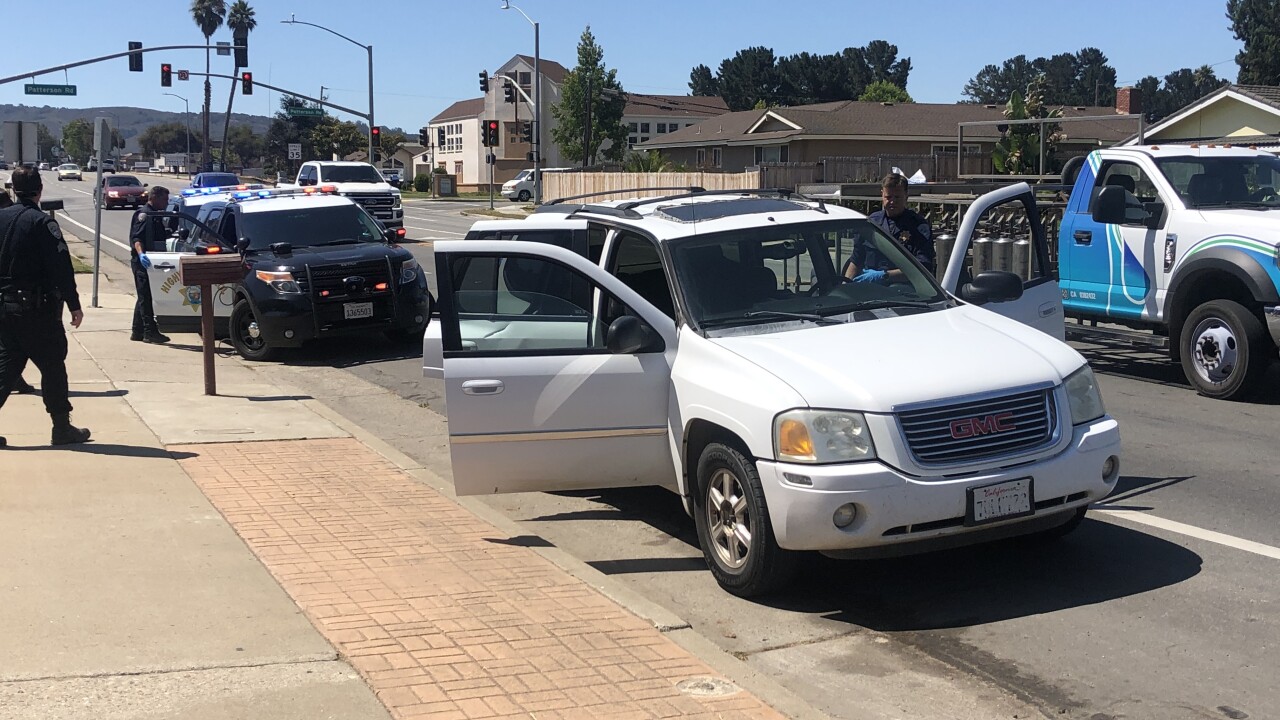 Copyright 2020 Scripps Media, Inc. All rights reserved. This material may not be published, broadcast, rewritten, or redistributed.
KSBY
Officers arrested a man on suspicion of vehicle theft in Santa Maria on Tuesday, Aug. 11, 2020.

A man was arrested on suspicion of vehicle theft in Santa Maria on Tuesday.

Police say the owner of an SUV reported it stolen from the car wash at Broadway and Orchard Street.

Because the victim's cell phone was still in the vehicle when it was taken, police say they were able to locate it in the McDonald's parking lot off Bradley Road.

The California Highway Patrol responded and reportedly found the vehicle traveling through the Albertson's parking lot.

Police say officers stopped the SUV on Bradley Road at Patterson Road but the driver initially refused to exit the vehicle.

After a K9 unit arrived, police say the man got out of the SUV and was taken into custody.