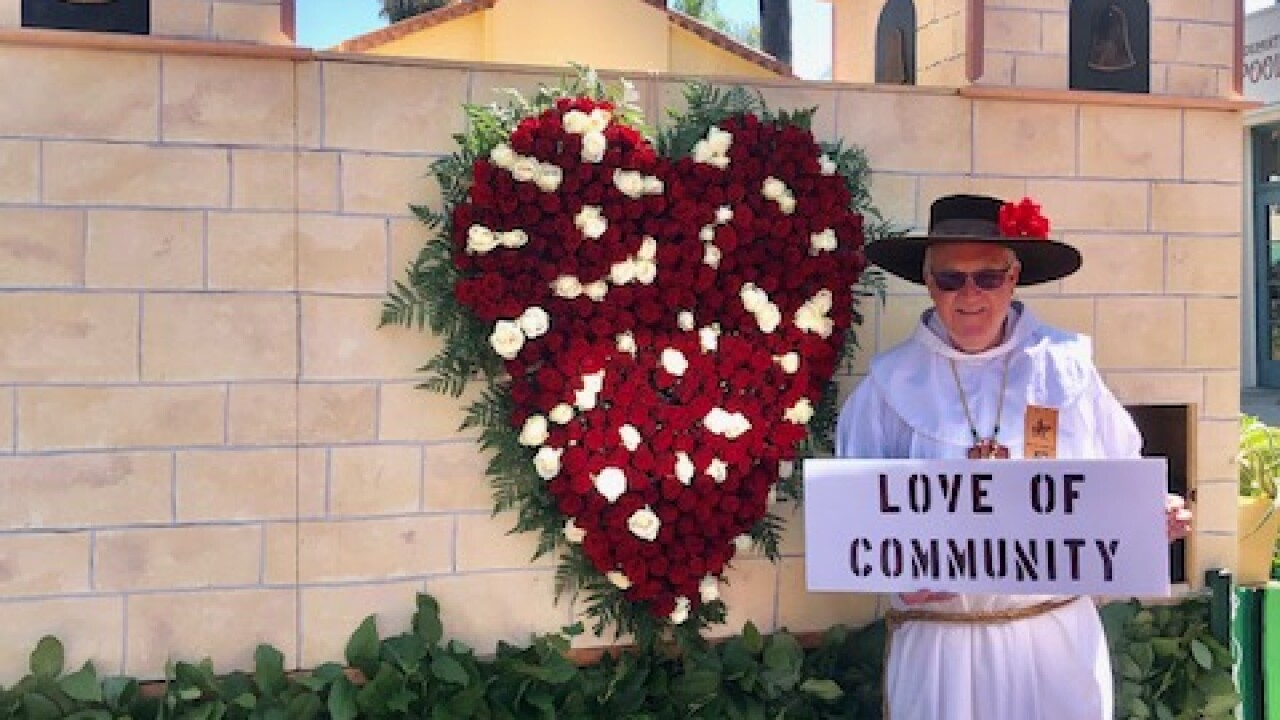 Organizers of the annual Old Spanish Days Fiesta in Santa Barbara named Father Larry Gosselin, a long-time supporter of the event, the Grand Marshal of the Reimagined 2020 Fiesta Caravan Parade.

According to organizers, the caravan parade is scheduled for Friday, August 7, at 12 p.m. and will travel through neighborhoods in Santa Barbara and Montecito. The parade will feature classic cars and decorated vehicles.

Gosselin said he is grateful and appreciative of the opportunity.

“It’s an honor that I never could have imagined that I would be given, with all the highest respect, esteem and admiration I have always held for the community of Santa Barbara," said Gosselin.

Each year since the 1930s, the El Presidente or La Presidenta of Fiesta chooses a Grand Marshal of El Desfile Historico Parade (the Historic Parade).

“I chose Father Larry as the Grand Marshal because of his positive attitude and the way he always strives to unite us in love and friendship — something we need now more than ever,” said Davis. “Anyone who knows Father Larry knows of his kindness, joyfulness and dedication to serving all people in the Santa Barbara community.”

According to a news release from Old Spanish Days organizers, Gosselin has been serving at the Old Mission of Santa Barbara since 2013 and has emceed La Fiesta Pequeña (The Little Party), the official opening of Fiesta, on the steps of the mission for the past nine years.

The theme of this year’s Fiesta is “¡Vamos a Bailar!”, which translates to "Let's Dance!" in English.