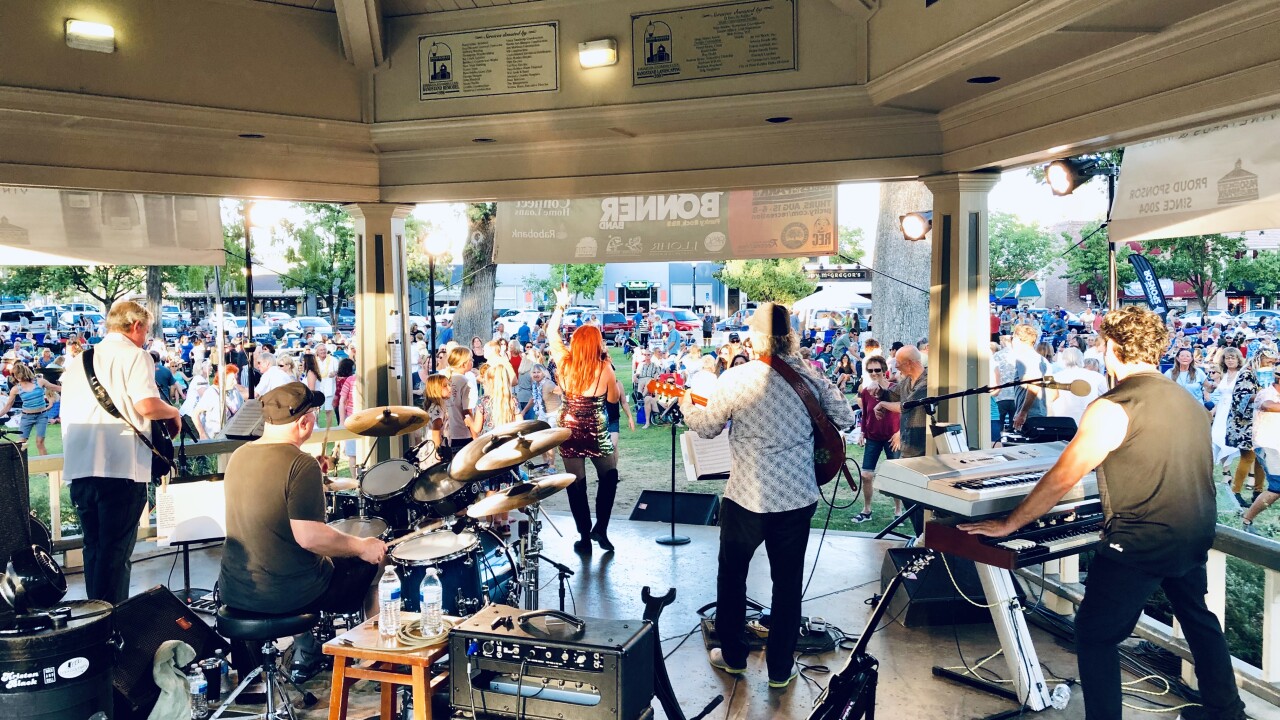 After delaying the start of the 2020 Summer Concerts in the Park series twice, Paso Robles city recreation officials have decided to officially cancel the event.

"Due to the current guidelines concerning social distancing and large gatherings, we have made the difficult decision to cancel all of the 2020 concert season," said Lynda Plescia, Recreation Services Manager for the City of Paso Robles.

Organizers say they hope to resume the concert series next summer.

The free concert series usually attracts about 2,500 people to the Downtown City Park, according to city officials.

It was originally scheduled to begin June 4 and continue on Thursday evenings through August 13.

In May, the city announced it was pushing back the schedule of concerts to August and September. In June, organizers announced that it was delayed until further notice but they were continuing to plan for the event with social distancing guidelines in mind.