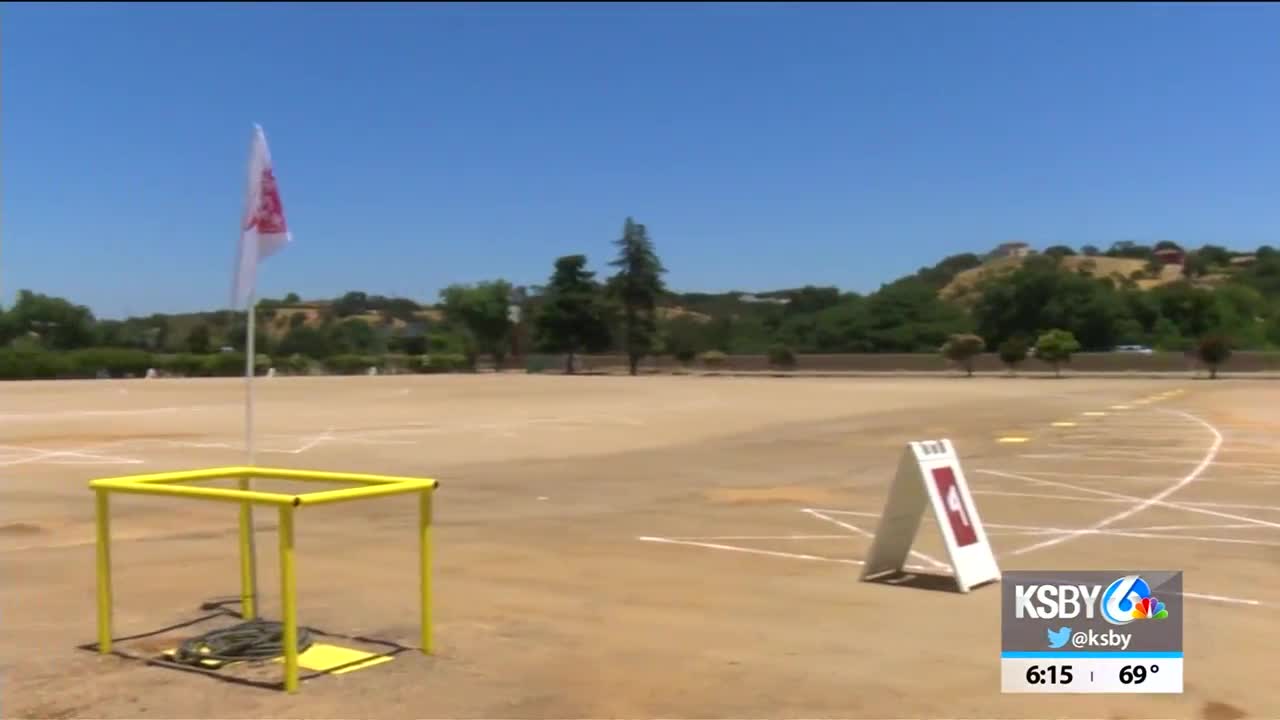 The decision came at an emergency meeting called by the Paso Robles Joint Unified School District Board of Trustees after the district was informed by San Luis Obispo County that ceremonies at War Memorial Stadium could not be held based on California's current directives.

"There appears to have been some lack of communication or miscommunication between my office and the county health department and I take responsibility for that." Paso Robles District Superintendent Curt Dubost said. "But we probably should’ve done more to confirm they were aware of all of our plans.”

In less than 24 hours, the fairgrounds were transformed into a make-shift graduation site. American Flags outlined the area, with Bearcat flags standing tall as well.

“At this point I’m trying to get something done for our kids because they deserve it," Paso Robles High School Principal Anthony Overton said. "I’m hoping that all of our Bearcats, as frustrated and upset as they might be, can find the good in this.”

When it comes to the last minute change, Superintendent DuBost says he understands the concern from the county, and he hopes the drive-in experience can still be special for Paso students.

"It’s what the other schools were doing, we were trying to do more," he added. "I don’t regret trying to do everything we can to try and make it as reasonably safe and normal as possible."