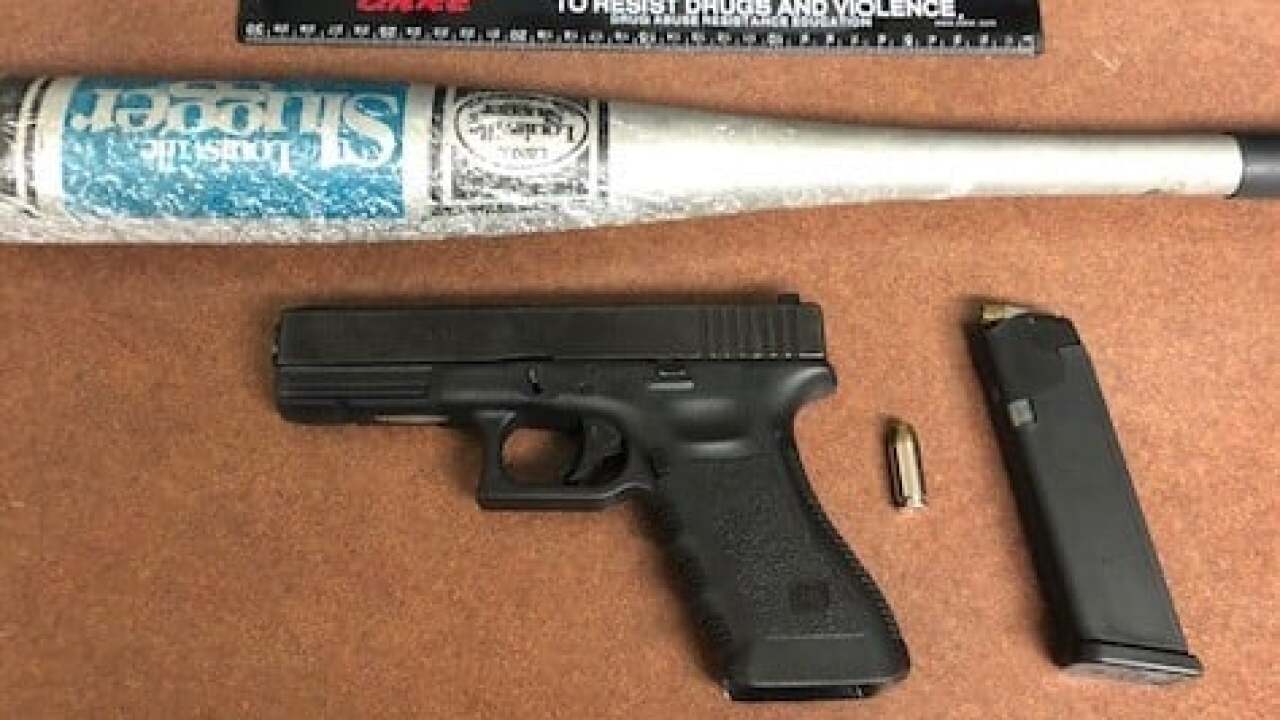 According to a Facebook post from the Paso Robles Police Department, dispatchers received a call Wednesday around 8:20 p.m. regarding shots heard at the Dry Creek Apartments.

Afterward, dispatchers received a second call reporting a man who bashed the windows of a vehicle with a baseball bat before fleeing the scene in a PT Cruiser, officials said.

A Paso Robles police officer later located the PT Cruiser, initiating a felony traffic stop on the 100 block of Santa Ynez Avenue, according to police.

According to the Facebook post, the passenger in the PT Cruiser, 29-year-old Ricardo Lopez of Paso Robles, was detained and found to be in possession of a loaded handgun. The driver, 24-year-old Austin Beausoleil of Paso Robles, refused the officer's commands and continued to inch forward in his car.

During the encounter, another person ran up to officers and tried to intervene, but the police's K9 Renzo "kept him at bay," according to the post. Police said Beausoleil's mother, who was also in the PT Cruiser, exited the vehicle and also tried to intervene.

Officers said Beausoleil suddenly sped off, prompting police to chase his vehicle through Rosemary Drive. Beausoleil crashed head-on with the detective unit and was later taken into custody, according to police.

Upon further investigation, officers said a vehicle's windows at the Dry Creek Apartment complex was smashed with a baseball bat, which initiated the first call to dispatchers.

"We believe this incident stemmed from a fight Beausoleil was involved in the day prior," said police in the post.

Officers said Lopez was arrested and later released on a citation for carrying a loaded firearm in a vehicle.

Police also arrested Beausoleil and booked him into the San Luis Obispo County Jail for "felony evading, assault with a deadly weapon, felon in possession of a firearm and felony vandalism," according to the post.