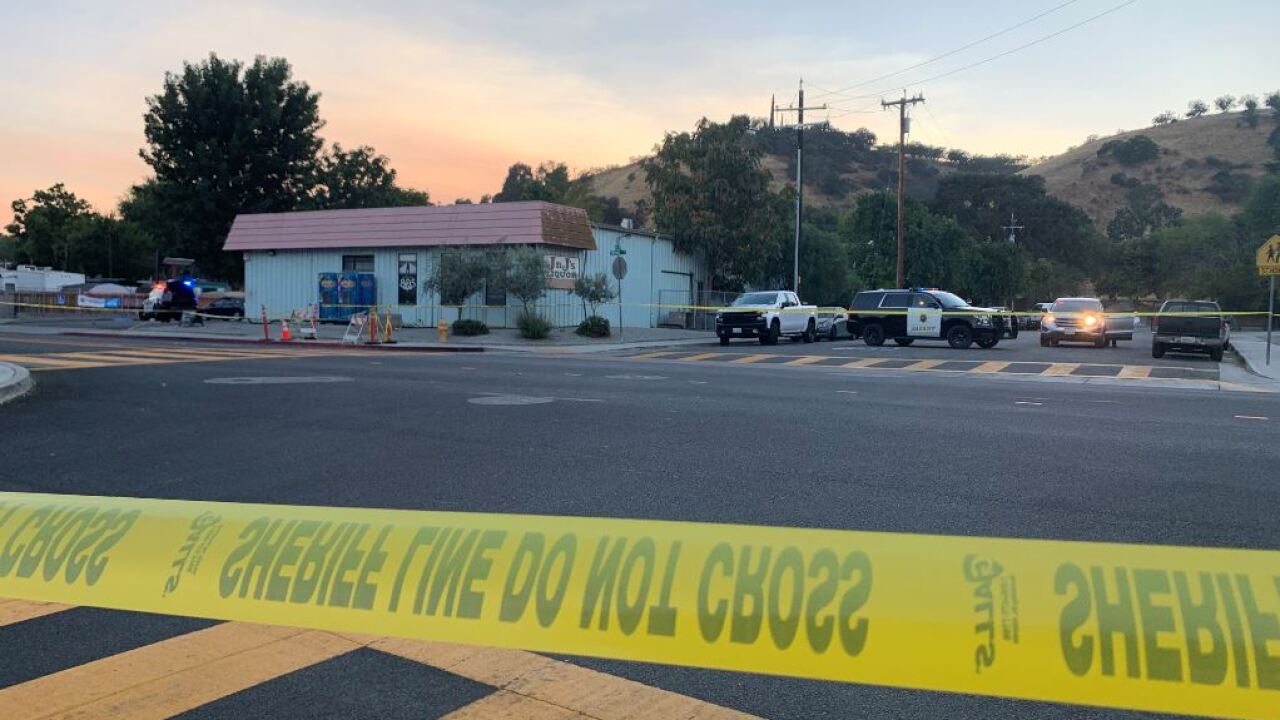 Copyright 2020 Scripps Media, Inc. All rights reserved. This material may not be published, broadcast, rewritten, or redistributed.
KSBY
Law enforcement at the scene of a fatal shooting at 34th and Spring streets in Paso Robles on Thursday, Oct. 15, 2020. 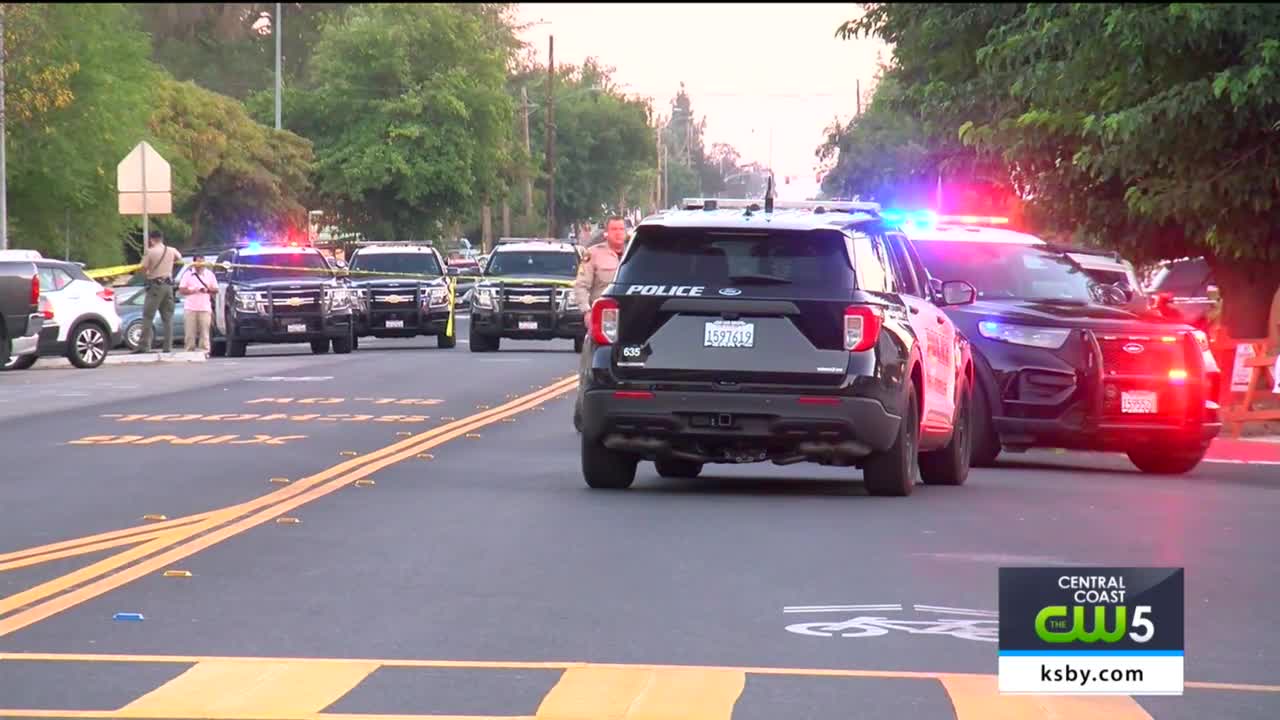 UPDATE (12:30 a.m.) - According to police, the shooting victim that survived was shot in the forearm and remains in the hospital, but is expected to be okay.

Police cleared the scene at about 12:30 a.m. on Friday and did not comment on whether the arrests made along Santa Rosa Ave. had anything to do with the incident.
---
UPDATE (`10:17 p.m.) - Spring Street between 34th and 32nd streets has reopened. Police have not released information on the victims or possible suspects.
---
UPDATE (6:51 p.m.) - Police say one person was killed and a second suffered non-life-threatening injuries in a shooting Thursday in Paso Robles.

It happened shortly before 6 p.m. in the area of JnJ's Liquor at 34th and Spring streets.

Police say a handgun was used in the shooting and officers are looking for multiple suspects.

Sgt. Tod Rehner tells KSBY News that the shooting is believed to be gang-related and officers are actively looking for the suspects.
___

It happened shortly before 6 p.m. in the area of JnJ's Liquor at 34th and Spring streets.

Spring Street is blocked off between 34th and 32nd streets.

The Paso Robles Police Department is asking people to stay out of the area while officers are on scene investigating.

Witnesses tell KSBY News they heard between three and four shots and saw a second victim being treated before going to the hospital.