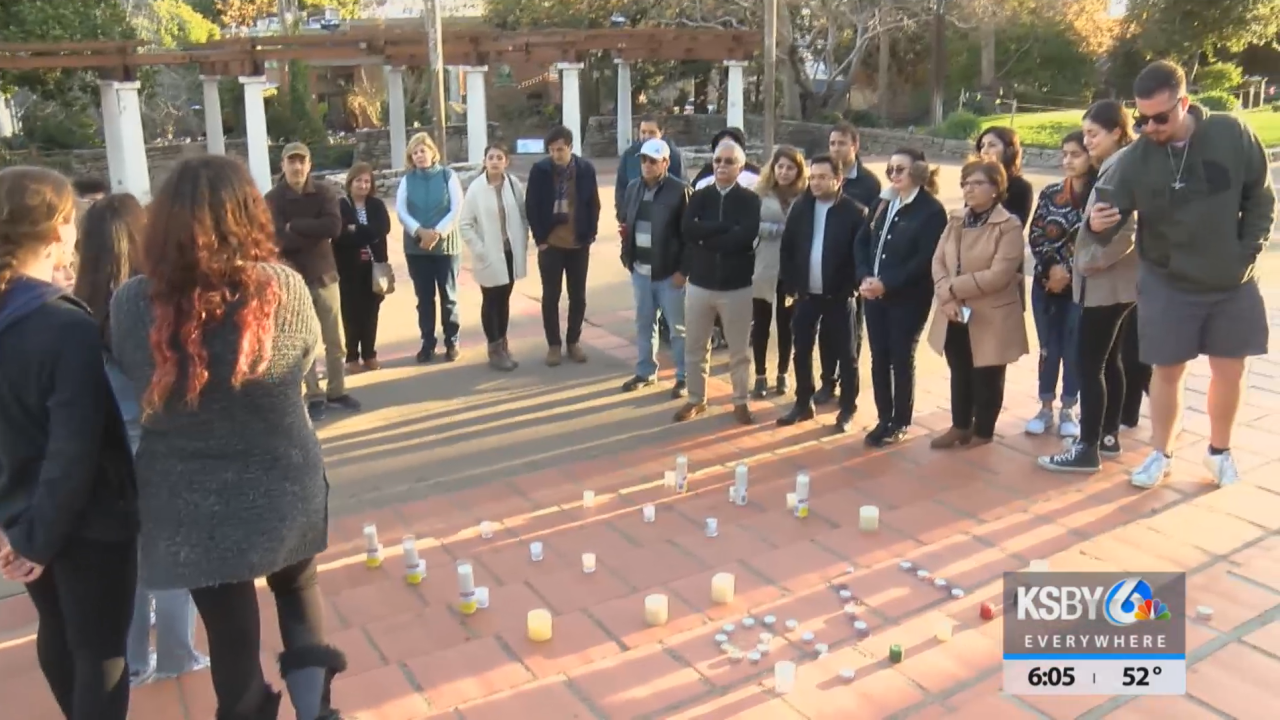 The local Persian community gathered Sunday afternoon in downtown San Luis Obispo for a candlelight vigil to honor the 176 people who died in a plane crash after it was shot down by Iranian officials.

On Friday, Iran said it mistakenly shot missiles at a Ukrainian civilian jetliner minutes after takeoff crashing on the outskirts of Tehran and killing everyone on board according to AP News.

The Persian community and other supporters attended the candlelight vigil outside of the Mission San Luis Obispo de Tolosa.

Attendees said the nation is hurting, but this vigil was an opportunity for the local community to mourn those who died.

It really warmed my heart to see so many Persian people gathering in SLO because that's something that doesn't happen too often and it really took some of that weight from this week off my shoulders and replaced it with love," said Leilee Naderi, a candlelight vigil attendee.

The Ukrainian president said his country "insists on a full admission of guilt" from Iran, according to AP News.