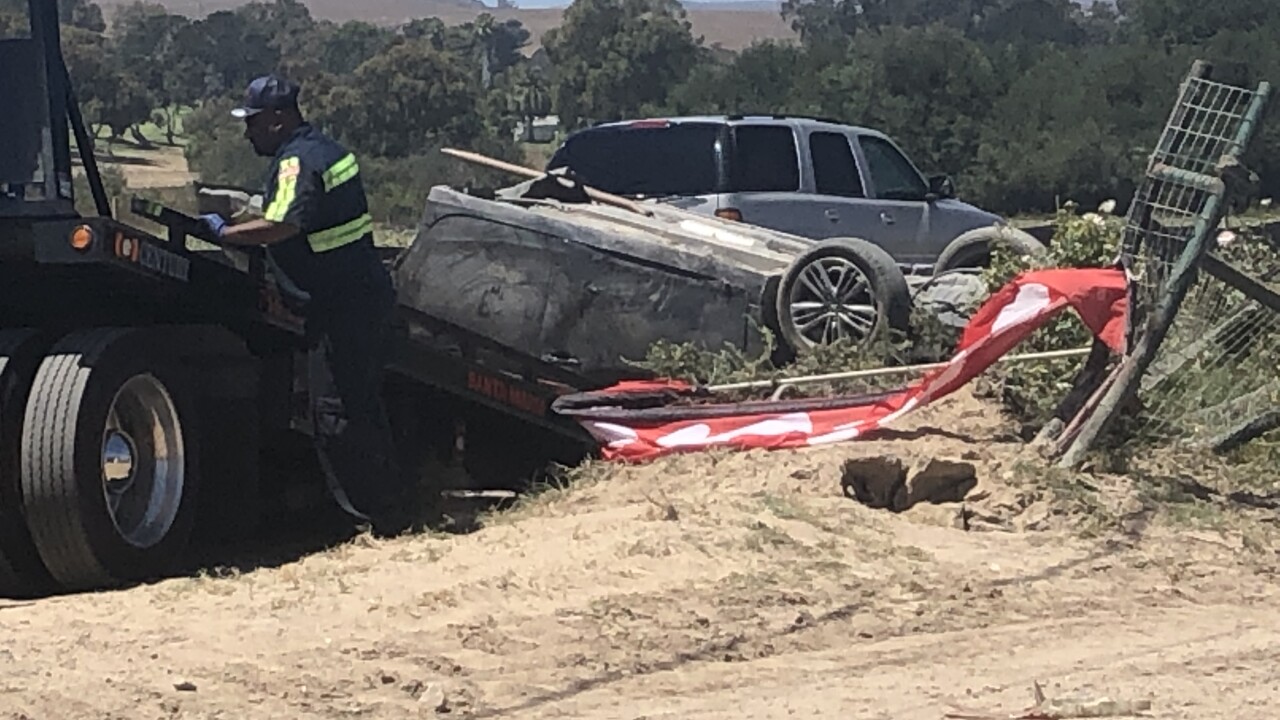 UPDATE (2 p.m.) - The California Highway Patrol says the driver involved in the crash was arrested for DUI.

She was heading westbound near Rancho Maria Golf Course when officers say the she lost control and hit a power pole, severely damaging the car.

The driver and a female passenger were both reportedly taken to the hospital for treatment of minor injuries.

As of 2 p.m., PG&E was reporting 19 customers remained without power in the area.

---
ORIGINAL STORY: A rollover crash prompted the closure of Highway 1 near Solomon Road in the Santa Maria area Monday.

According to the California Highway Patrol, the solo-vehicle crash involving a power pole happened shortly after 11 a.m.

The eastbound lane was opened back up around 11:40 a.m.

PG&E was requested on scene. A power outage impacting more than 500 PG&E customers was reported in the area.