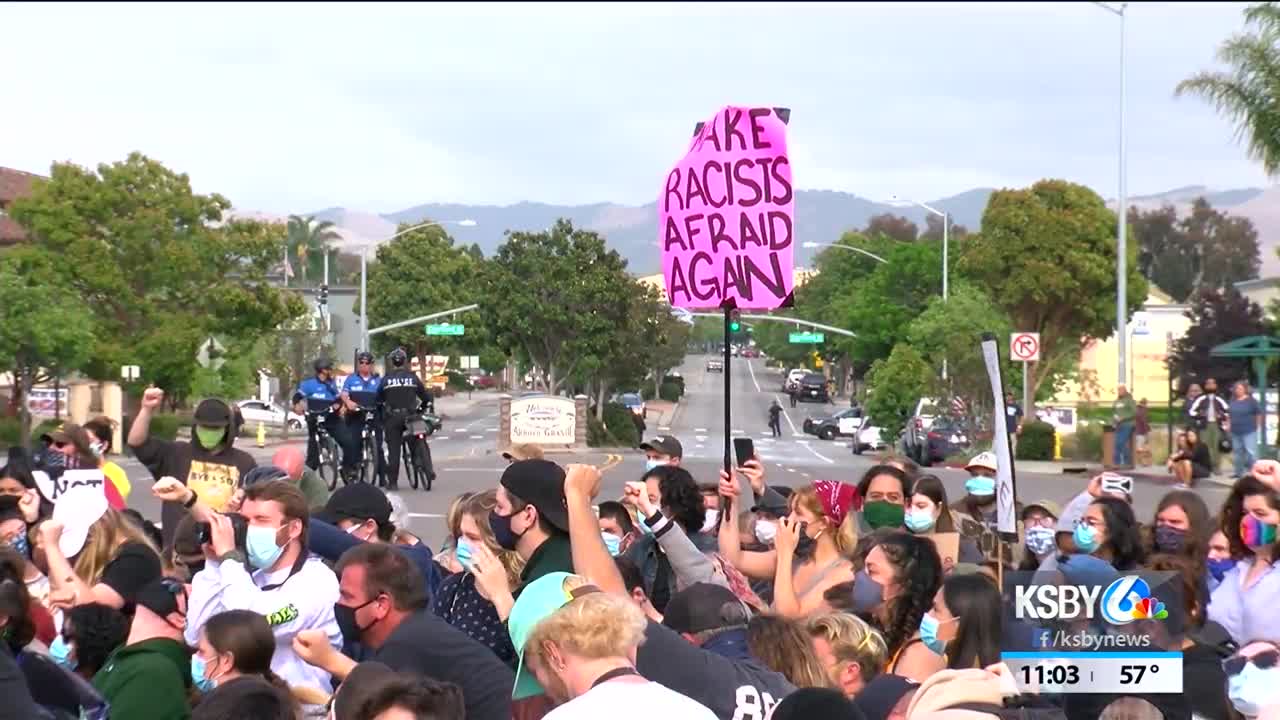 Community members in the Grover Beach and the Arroyo Grande areas gathered on Friday to protest over the death of George Floyd and racial injustice.

Protesters held up signs that read “black lives matter” and “vote” as the protest kicked off around 4 p.m.

The group started at the intersection of Oak Park and Grand Avenue.

They gathered for eight minutes and 46 seconds to honor George Floyd. However, the protesters were then interrupted by a group of people nearby singing the National Anthem in front of a line of trucks while donning American flags.

They then proceeded to march down Grand Avenue for a short march before returning to the same intersections.

“I just want to stand for black lives and the marginalized and the oppressed and that's why I’m here,” Protester Veronica Stevenson said. “I’m brown skin and we have to stick together when it comes to matters of police brutality and I’m not for that, so I feel like this is my time to speak against it.”

There was another moment of silence for Breonna Taylor, who would have celebrated her 27th birthday today. She was an EMT who was fatally shot by Louisville Metro Police Department officers while they were serving a no-knock search warrant at her home.

Their moment of silence was then interrupted again by vehicles. That's when protester Mario Wilson stepped in, trying to intervene. Members of the police also stepped in. It ended peacefully with an embrace.

“That just shows how the change can come about,” Wilson said. “I don’t know those people and vice versa and we hugged it out. It's simple.”