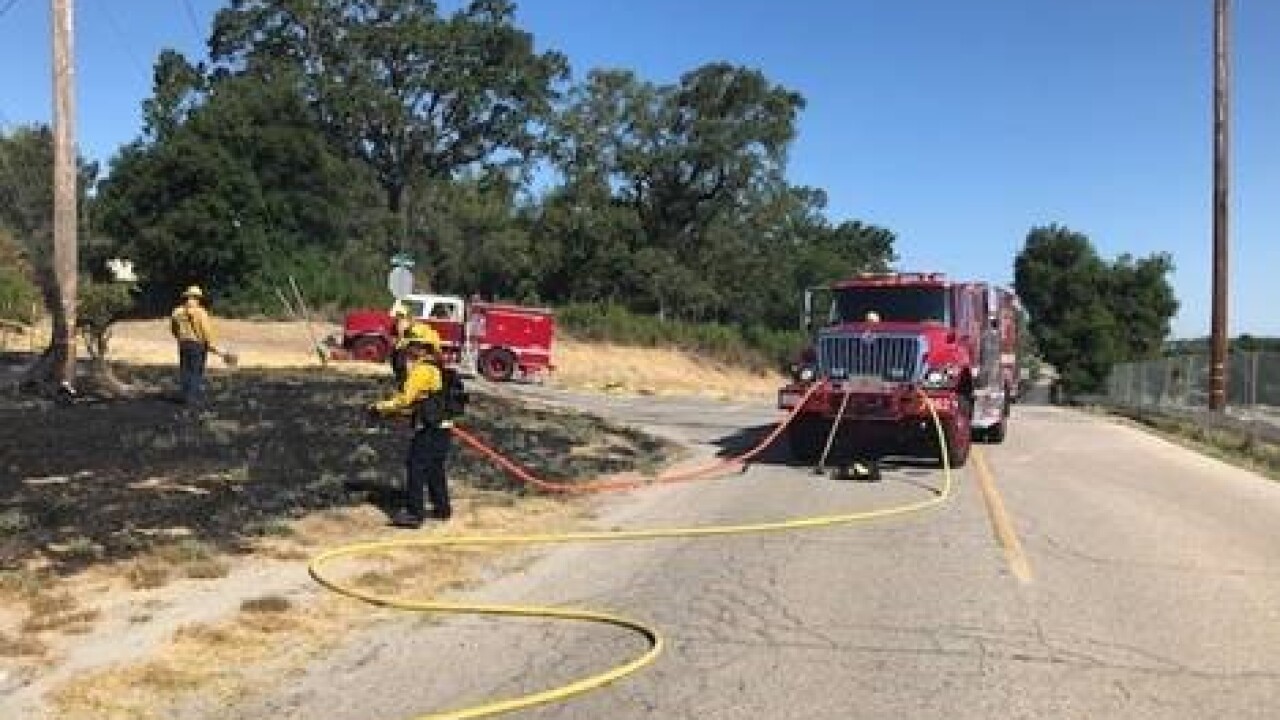 Firefighters responded to reports of the fire at around 9:30 a.m. at the corner of West Front Road and San Rafael in an open field next to a residence.

First responders say when they arrived there was a fire approximately 25 feet by 50 feet in size, burning in seasonal grasses with the potential to spread up to 10 acres and one residence being immediately threatened.

Fire officials say the fire was burning at a moderate rate of spread through a field that was weed abated, however the fire was still moving quickly towards structures.

In less than ten minutes fire crews immediately stopped the forward progress of the fire and kept it contained to a half acre. Fire crews remained on scene for approximately one hour to mop up.