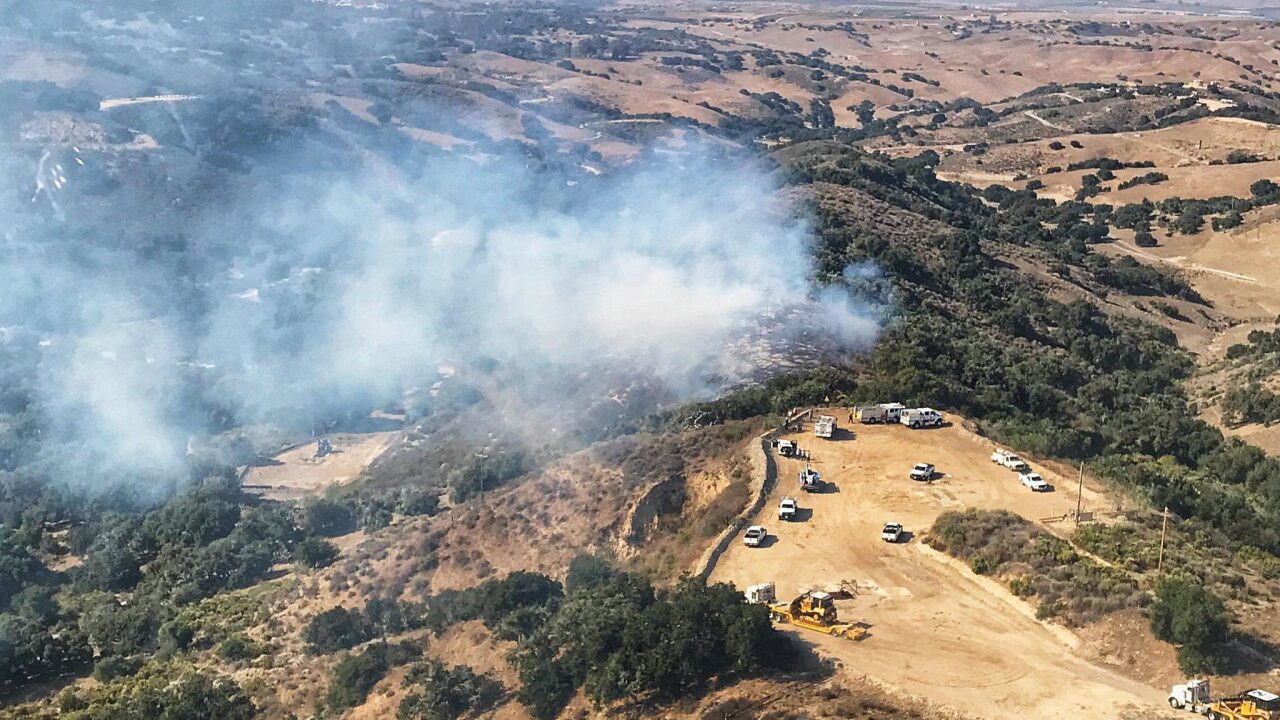 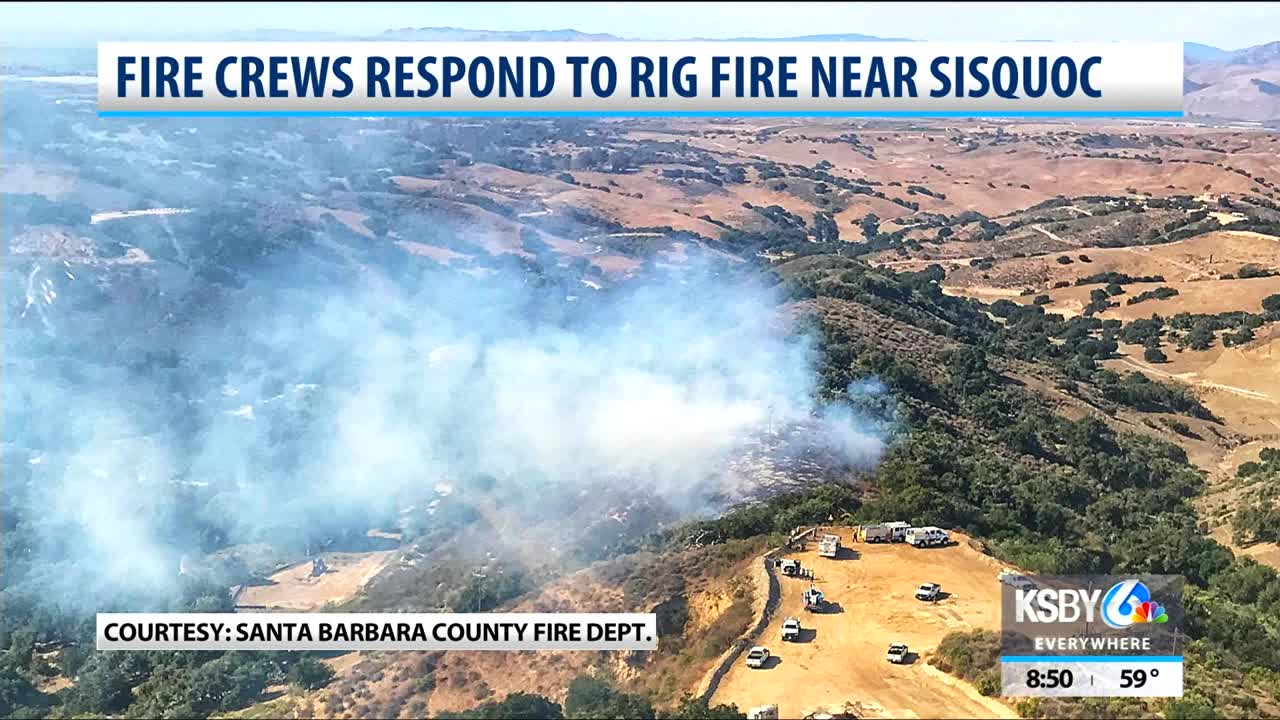 UPDATE (7:49 p.m.): Mike Eliason, Public Information Officer for the Santa Barbara County Fire Department says the fire is completely out and all resources are returning from the incident.

They are being assisted by the Santa Maria Fire Department and a SBC investigator is on the way.

The incident command reports the #RigFire is on a hilltop, burning two acres with a slow rate of spread.

Firefighters are beginning their ground attack while a helicopter makes water drops.

This is a developing story. Check back later for more details.