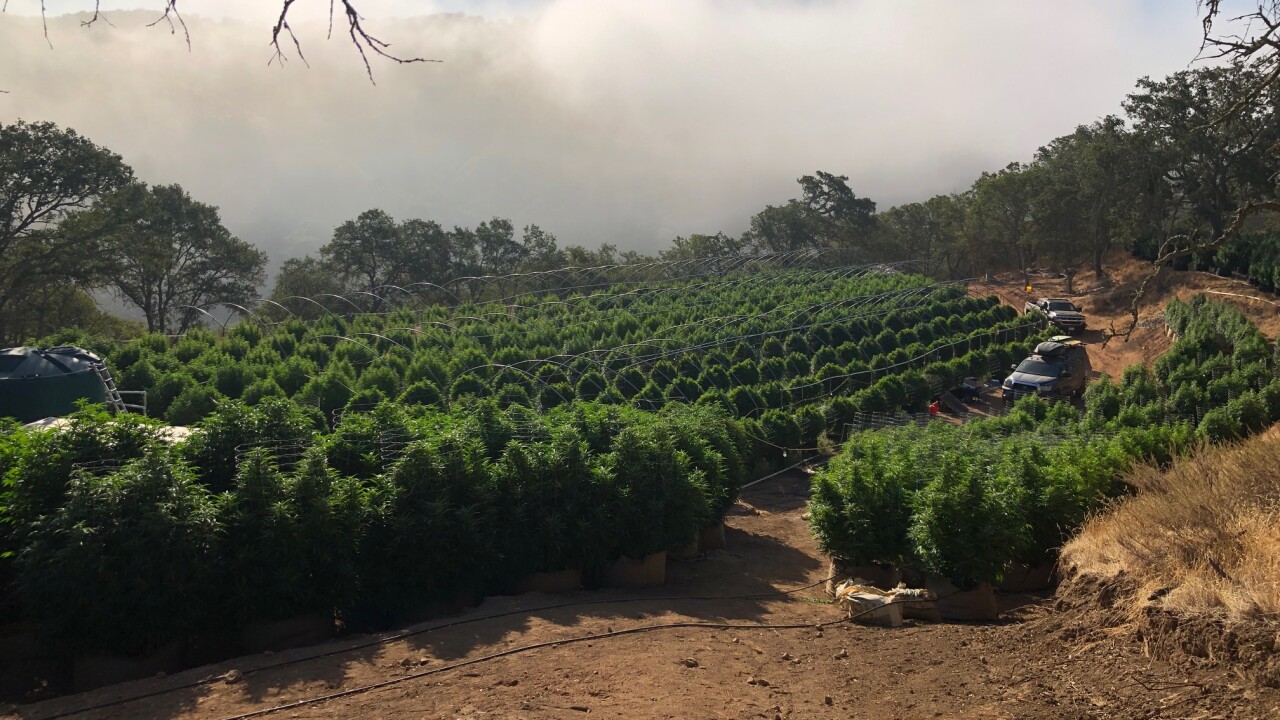 Detectives with the Santa Barbara County Sheriff's Office Cannabis Compliance Team served a search warrant in the area of Pine Canyon and Highway 166 near Santa Maria on Wednesday for an unlicensed outdoor cannabis operation.

Sheriff's detectives, wardens from the California Department of Fish and Wildlife and agents assigned to the Campaign Against Marijuana Planting searched the area for the unlicensed operation, which officials discovered while reviewing past reports and current active cannabis licenses in the county, according to a news release from the sheriff's office.

Detectives said they located around 4,000 unlicensed and untagged cannabis plants, as well as approximately 200 lb of dried product.

Authorities said the cannabis delivered from this unlicensed operation would have likely entered the illicit market, undercutting the licensed operators in Santa Barbara County and in California and circumventing the safeguards in place to ensure consumer safety.