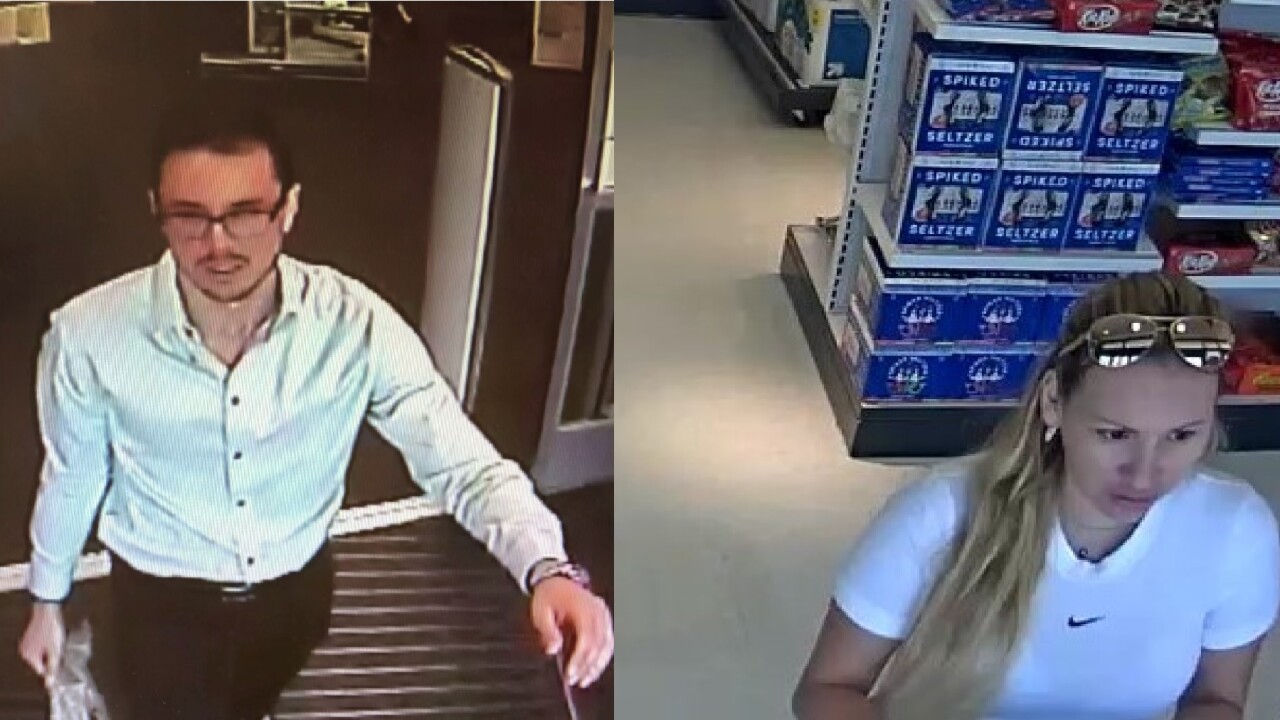 Santa Barbara police are turning to the public for help identifying two people they say have used stolen credit cards to make thousands of dollars in purchases.

The two people’s cases are not connected, according to police.

Investigators say the man and woman took purses and wallets left unattended indoors or inside vehicles and then used the cards to make large purchases at local stores before the cards were reported stolen.

They say other means used to try to identify the two have been unsuccessful.

Police are reminding people to lock their cars and leave valuables out of plain site.