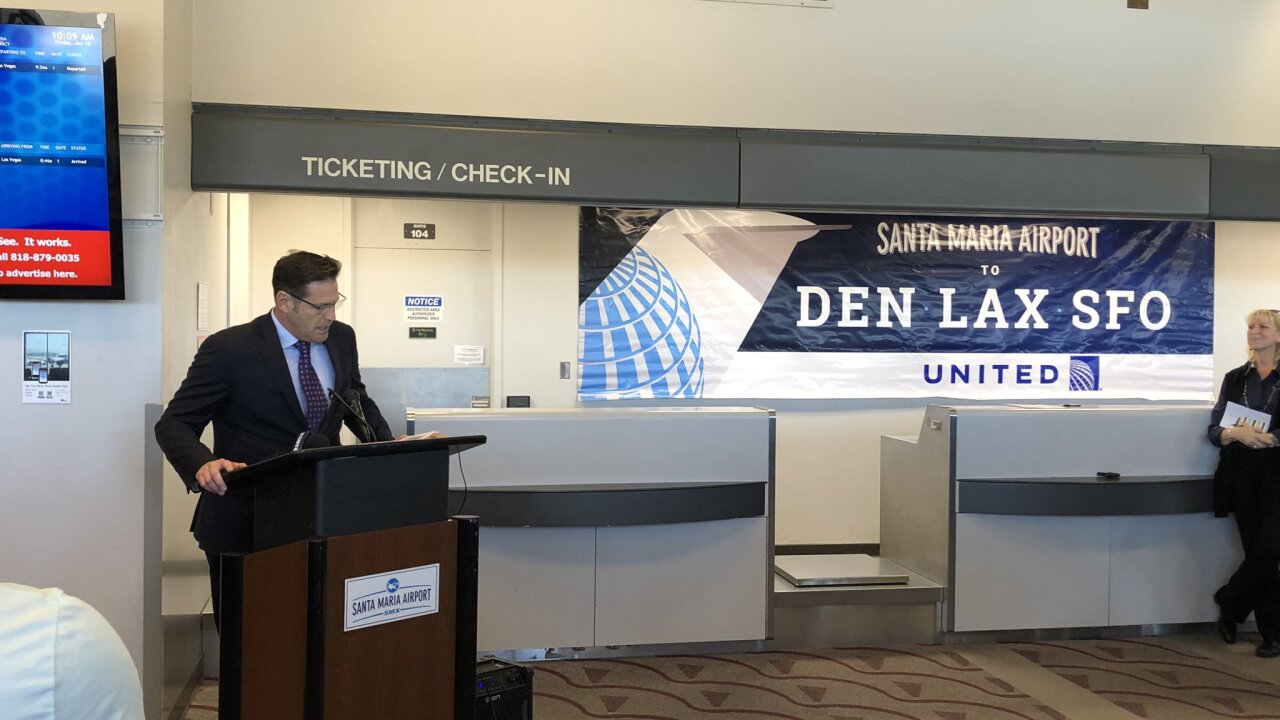 Flights to three other cities will soon begin taking off again from the Santa Maria Airport.

The daily, direct flights to Los Angeles, San Francisco and Denver will be operated by United Airlines.

Tickets go on sale on United's website starting Saturday and the service will begin June 4.

Currently, the Santa Maria Airport only offers flights to and from Las Vegas.

In March of 2015, United stopped flying to Los Angeles from Santa Maria and instead offered flights to San Francisco but eventually pulled that flight as well.

The Santa Maria Public Airport District says the new service out of Santa Maria "provides travelers with a brand new option to get to the California's Central Coast and connects Santa Maria to the world with hundreds of domestic and international destinations from the airline's hubs in Denver, Los Angeles and San Francisco."

For more on this story, watch KSBY News Friday night at 5 and 6.