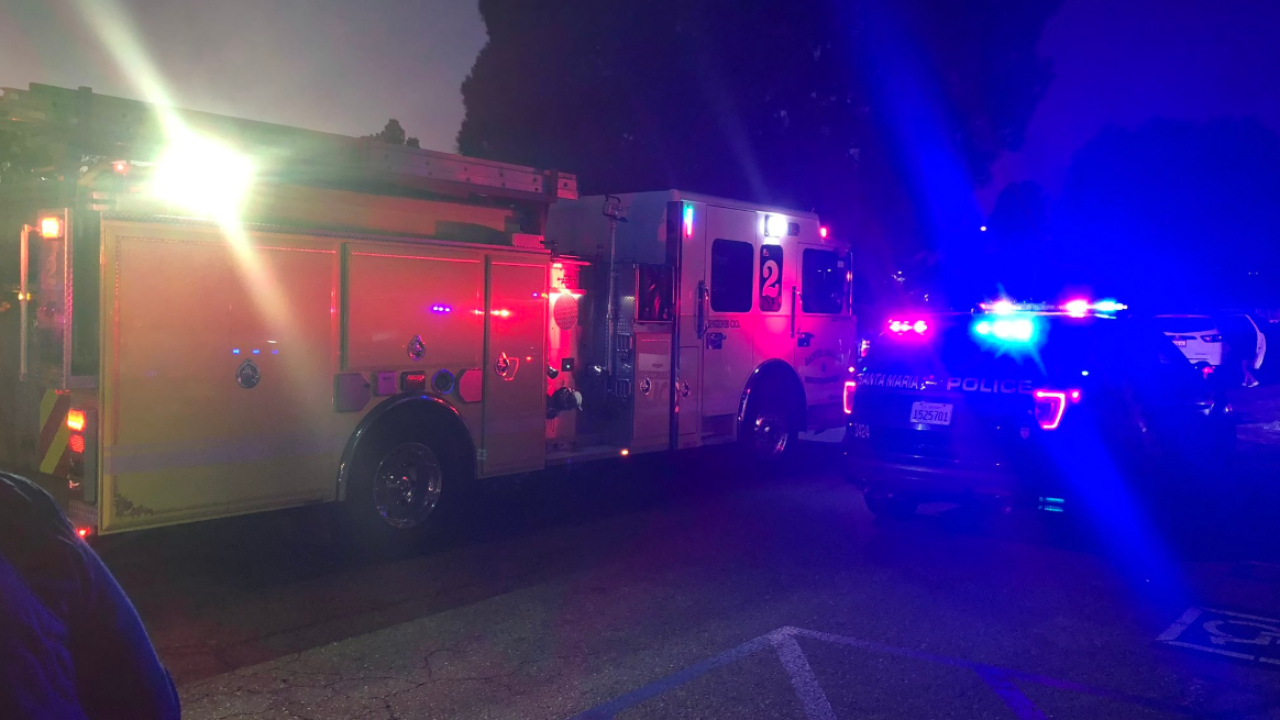 Police say the driver involved in the crash stayed on scene and cooperated with officers.

Police say no alcohol or drugs were involved in the crash.

Officers say the 8-year-old boy hit in the crash is in serious condition.
__
UPDATE (9:50 p.m.) - The Watch Commander on-duty with the Santa Maria Police Department tells KSBY this incident is now being investigated as a hit and run and are on the lookout for the driver responsible for hitting an 8 year old boy before leaving the scene.

Officers have a vehicle description but have not yet released it.
__
The Santa Maria Police and Fire Departments are currently on scene of a vehicle versus pedestrian collision on the 300 block of East Betteravia Road.

According to the Santa Maria Fire Department's Twitter page, one person was transported to the hospital with serious injuries.

This is a developing story. Check back later for details.