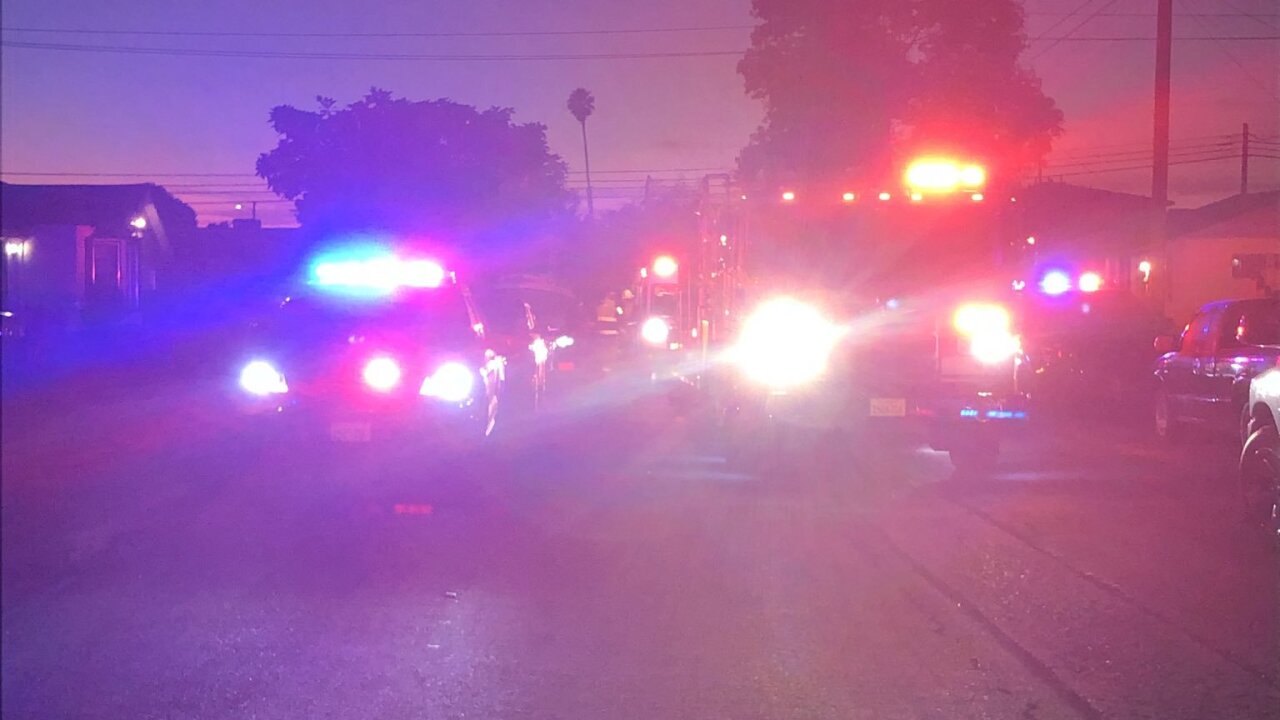 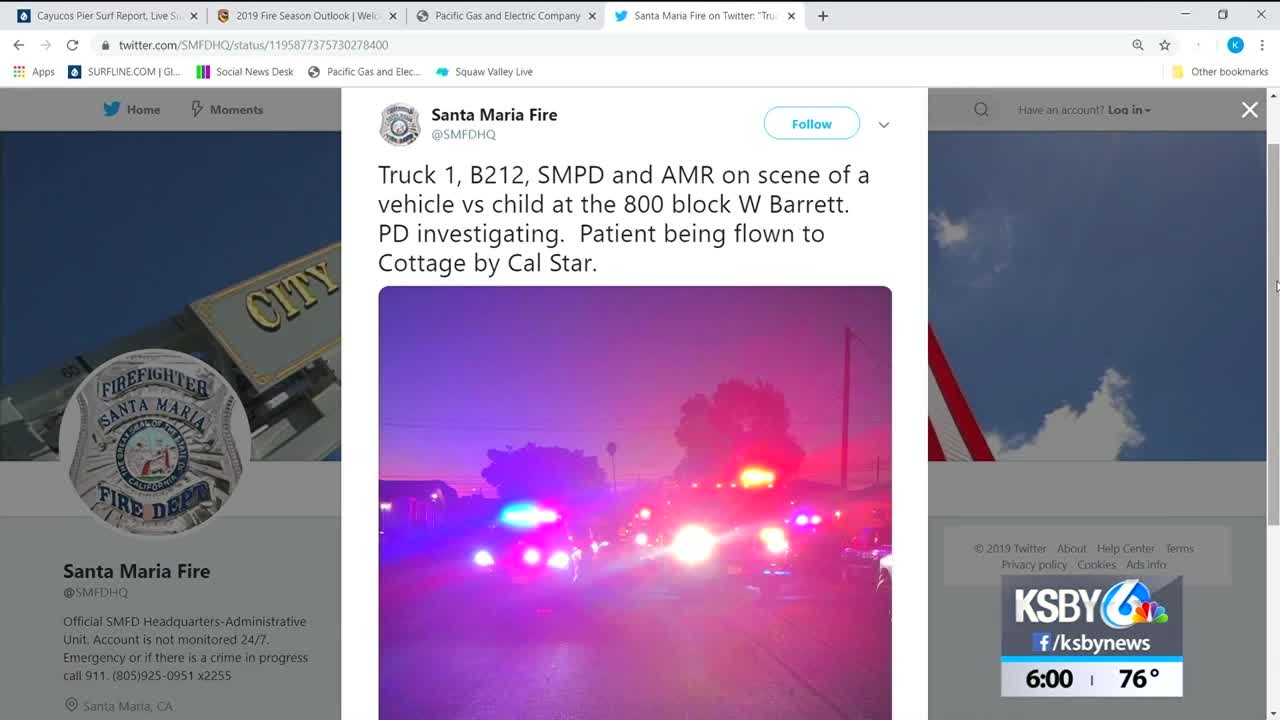 Police say the driver did not appear to be intoxicated and was not cited at this time.

Truck 1, B212, SMPD and AMR on scene of a vehicle vs child at the 800 block W Barrett. PD investigating. Patient being flown to Cottage by Cal Star. pic.twitter.com/kiQ3wPqDaA

The Santa Maria Fire Department tweeted the patient is being flown to Cottage Hospital by CalStar.

There is no word yet on what led up to the incident nor the condition of the driver or the child.

This is a developing story. Check back later for details.