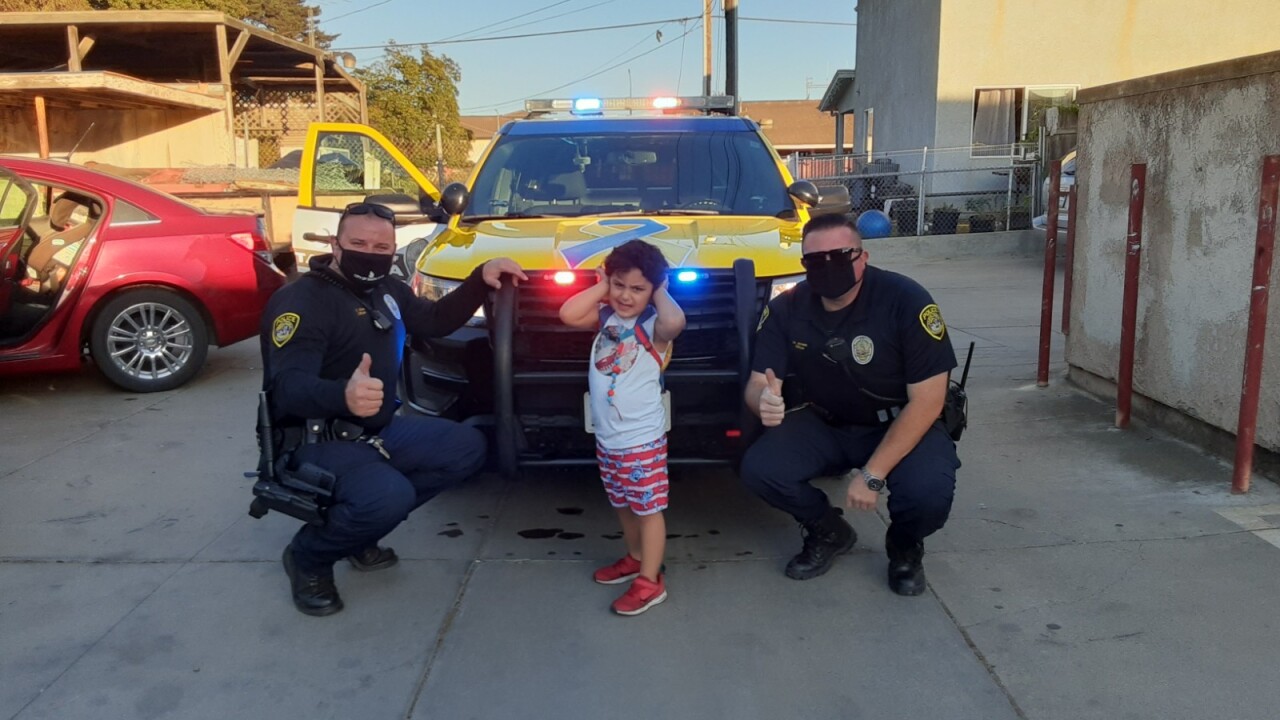 Nicole tells KSBY that Easton is the most happiest person she has ever met despite his health challenges.

Nicole says Easton will make the police and firetruck siren sounds and tries to act like the actual vehicles.

Easton has the tendency to run off on his own at times, and while Nicole says she tries to keep him safe by using a backpack leash, she wanted to take extra caution by providing the local agencies with Easton's photo and information just in case they come across him in an emergency situation.

"We couldn't have been more happy," said Nicole when talking to KSBY about the meet-and-greet experience.