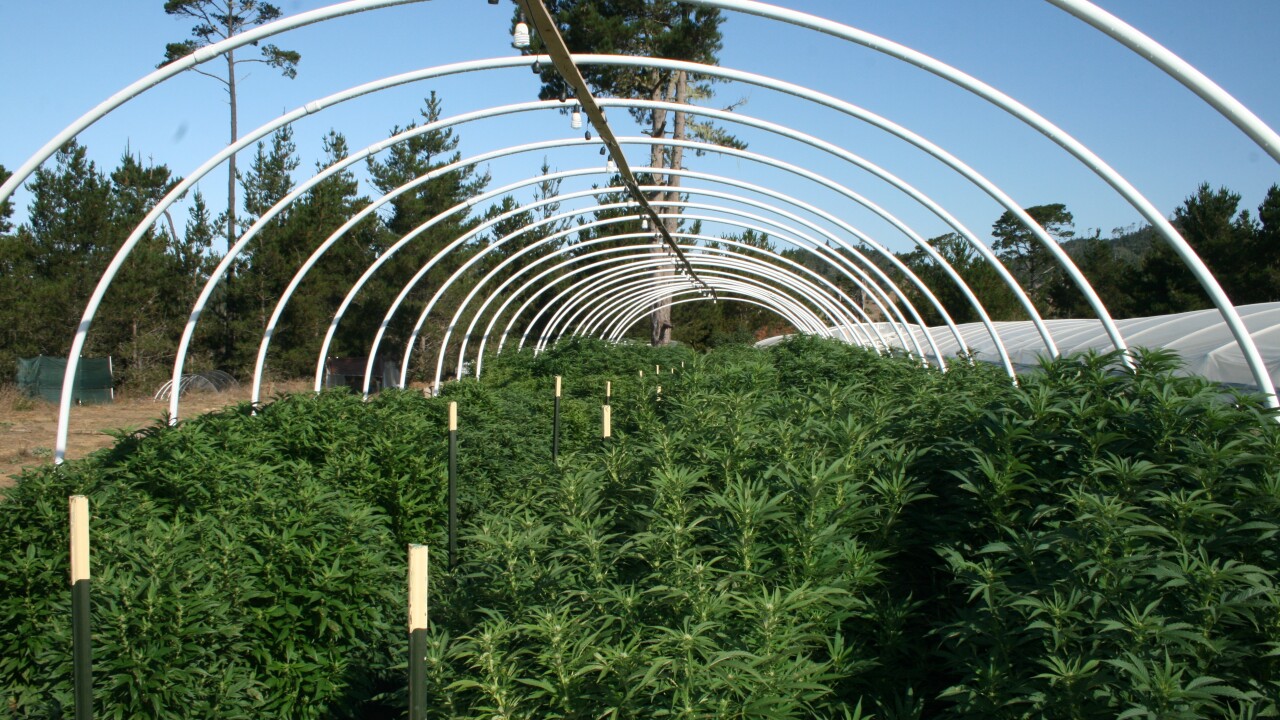 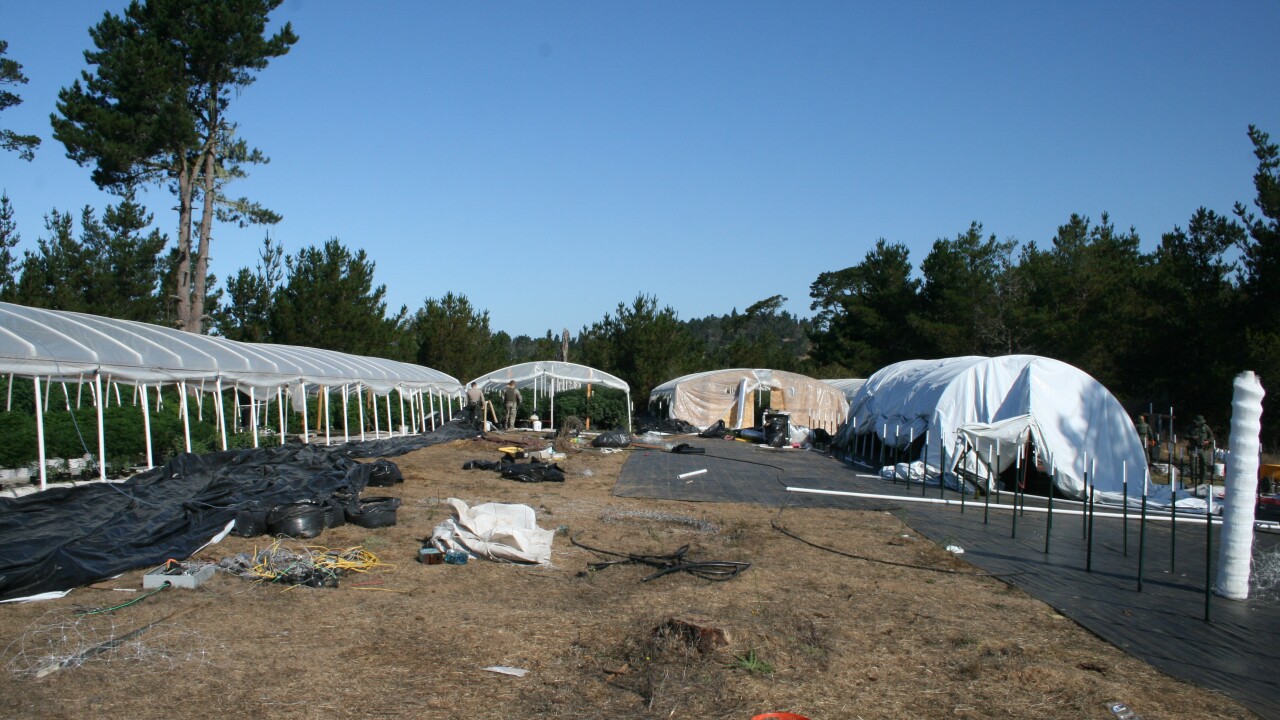 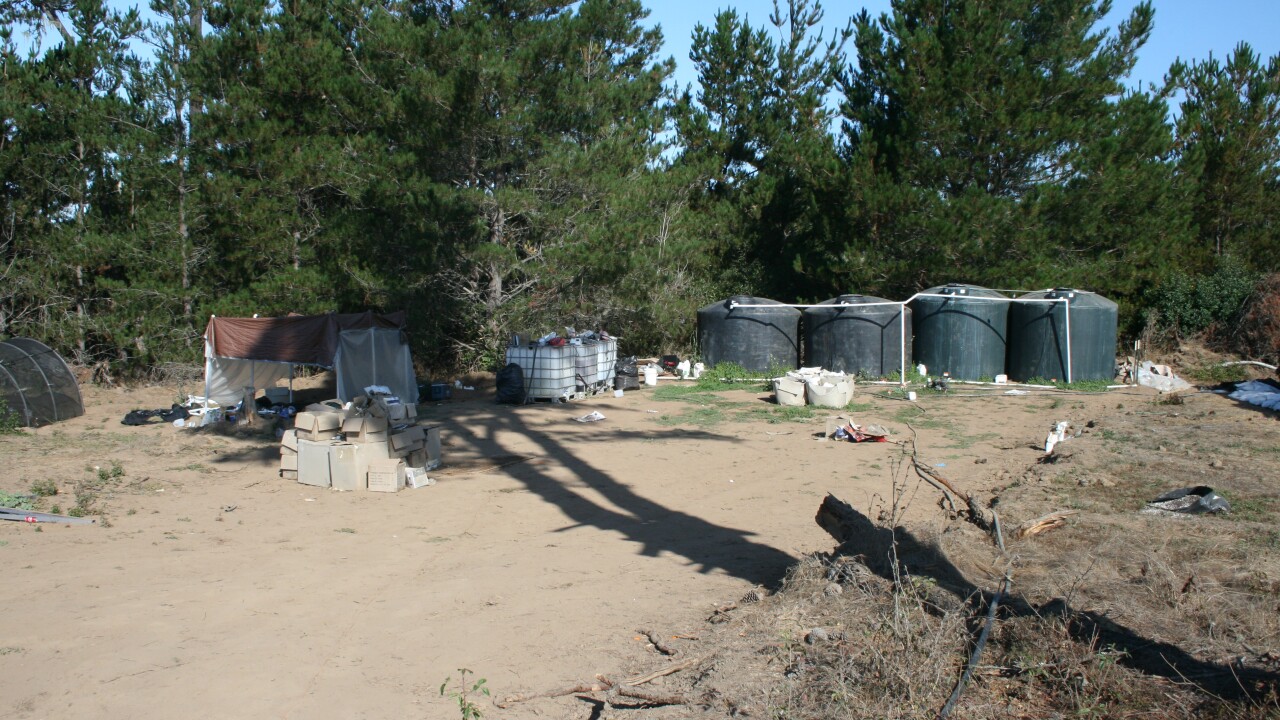 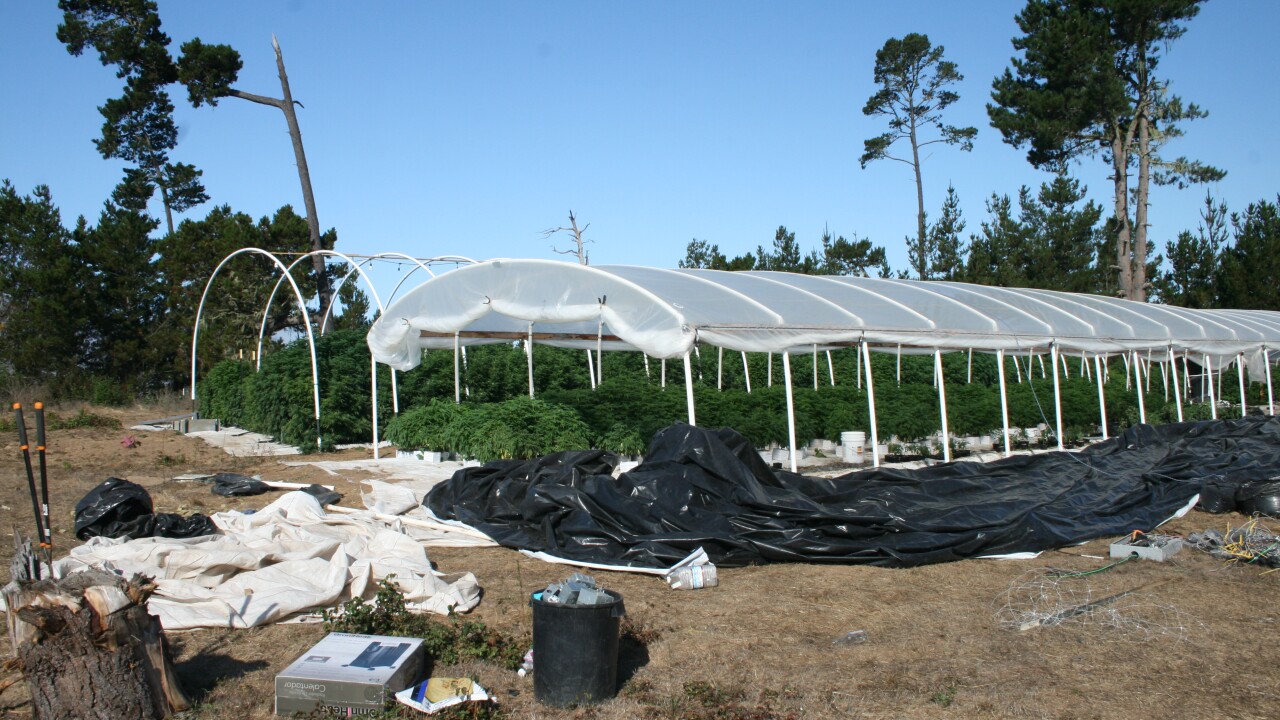 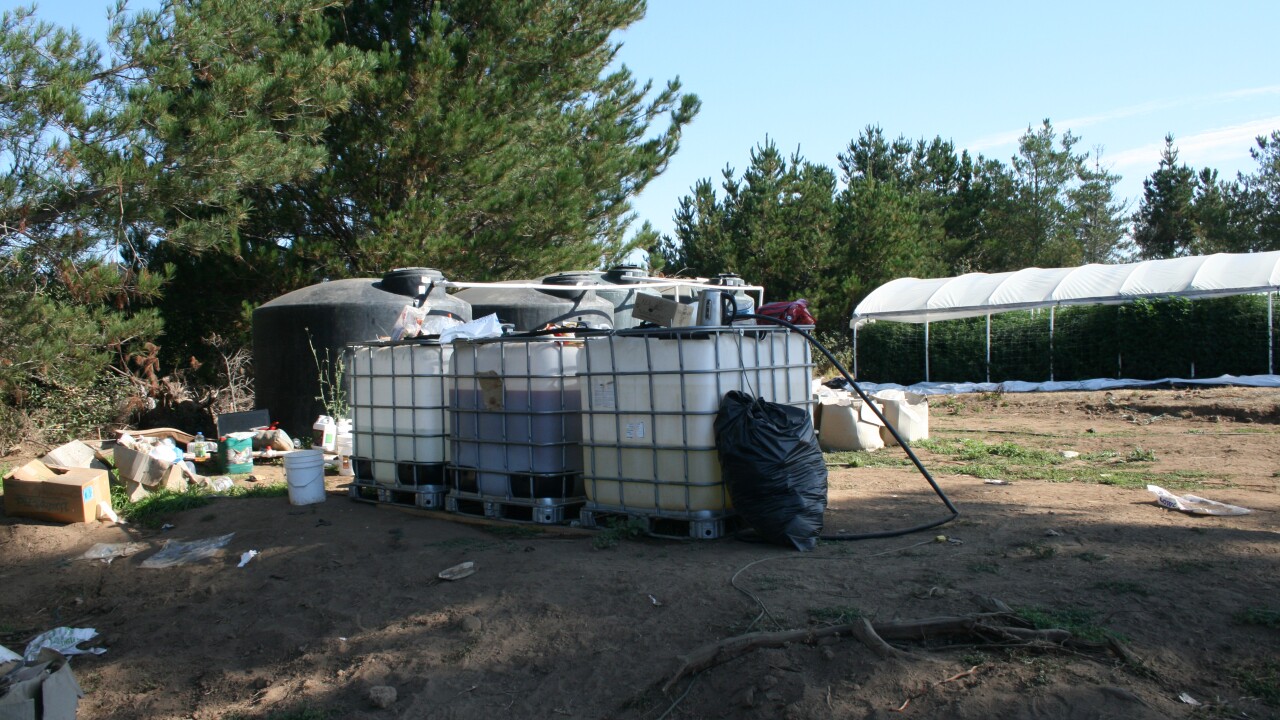 Sheriff's officials say the grow was located on private property near the intersection of Main Street and Santa Rosa Creek Road, within 1,000 feet of Coast Union High School and Cambria Middle School.

The sheriff's office says the property owner lives out of the area and was unaware of the illegal grow. Deputies reportedly discovered it last week when they were called to the area for a report of a homeless encampment.

Investigators say the grow was "fairly sophisticated" and that trees had been cleared to allow for seven hoop houses, four large water tanks, an extensive drip irrigation system, large chemical tanks for pesticides, generators, and an electrical panel to supply power.

Sheriff's officials say the plants seized had an estimated retail value of about $1.9 million.

No arrests were made. The sheriff's office says two dogs were found at the grow site and turned over to Animal Services.