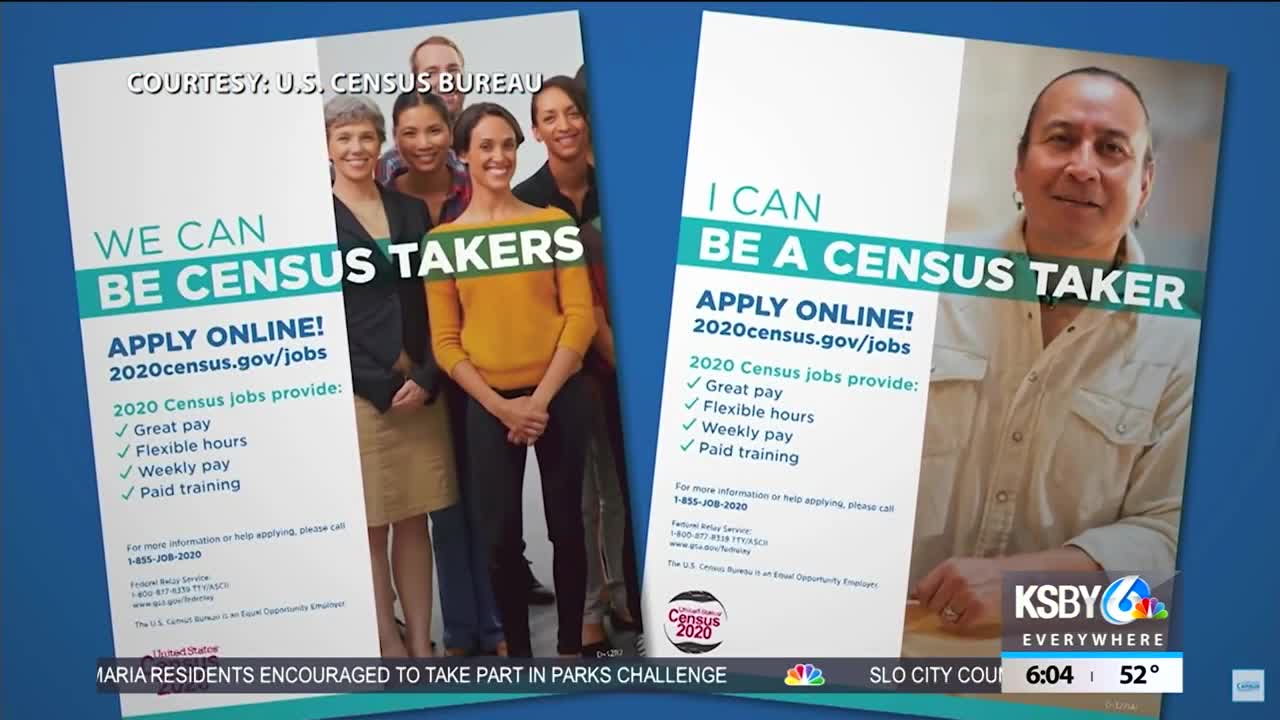 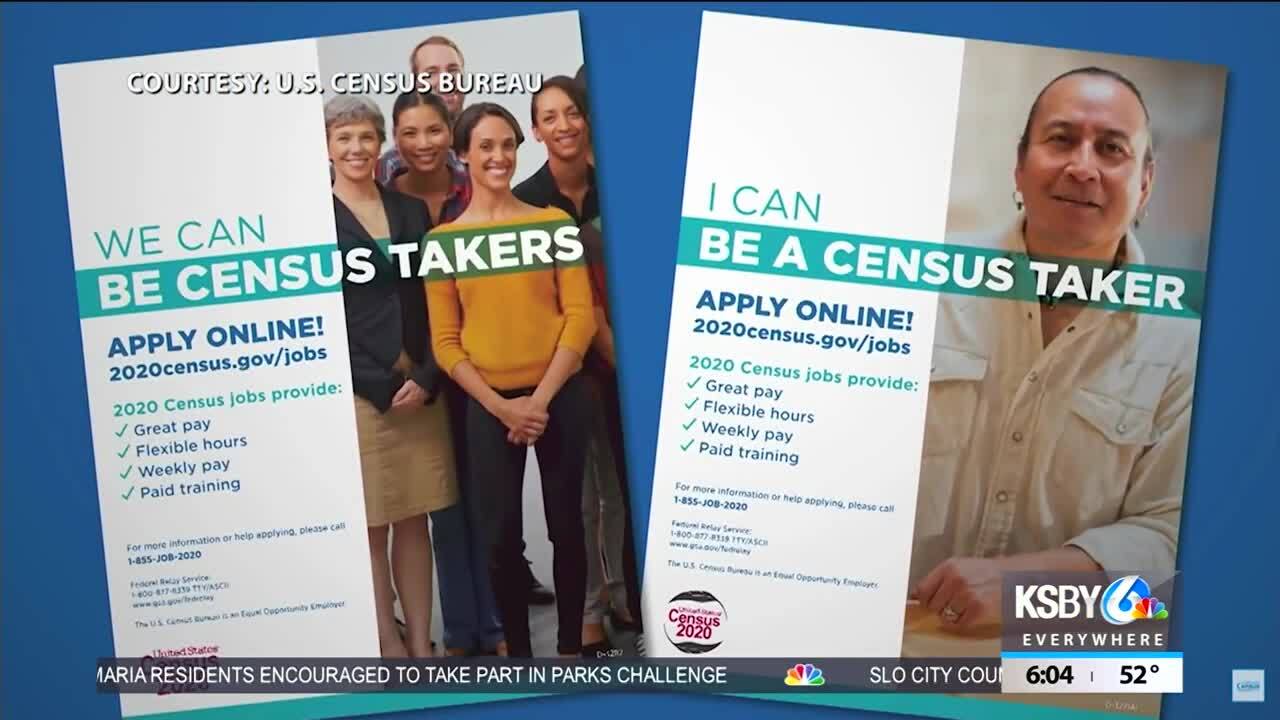 The U.S. Census count is underway across the country and employees are needed in San Luis Obispo and Santa Barbara counties to follow up with people who have not responded.

The census is taken once every 10 years so the data collected now will impact federal funding for the next decade.

The federal government is deploying 500,000 employees nationwide to knock on doors and collect information from households who have not responded to the census.

In San Luis Obispo County, 1,000 "enumerators" are needed to do the job.

That data is used to influence federal funding for each jurisdiction, as well as establish voting district.

"We do see some census tracts in the eastern portion of the county and northwest portion of the county that have response rates of 30 to 50 percent, so that's not as good," U.S. Census Media Specialist Vanessa Moreno said. "We do encourage these portions of the county to self respond, but we do have to follow up because it's mandated in our constitution to have an accurate count of everyone living in the U.S. and this affects things like healthcare, something everyone is concerned about."

The pandemic has added a layer of difficulty to the process but census takers are trained in careful data collection and provided hand sanitizer and census-issued iPad.

One of the new hurdles in data collection is that college students are supposed to be counted on campus but many students have returned to their home towns due to the pandemic. That could lead to reduced federal funding for towns and cities with a big influx of college students.

Enumerators are typically asked to collect data in their own neighborhood but could be asked to knock on doors anywhere in the county.

Mileage and driving time is compensated.

While some areas are already deploying enumerators, the general start date nationwide is Aug. 11.

The position lasts August through October and pays $21 per hour for up to 30 hours each week. Training is also paid.

The census is no longer recruiting census enumerators but is accepting applications on the u.S. Census job portal for both SLO and Santa Barbara Counties.

In a U.S. Census conference call Wednesday, officials said one-third of all enumerator applicants so far are considered high risk for COVID-19.

People can respond online or by phone and avoid having an enumerator stop by their home.