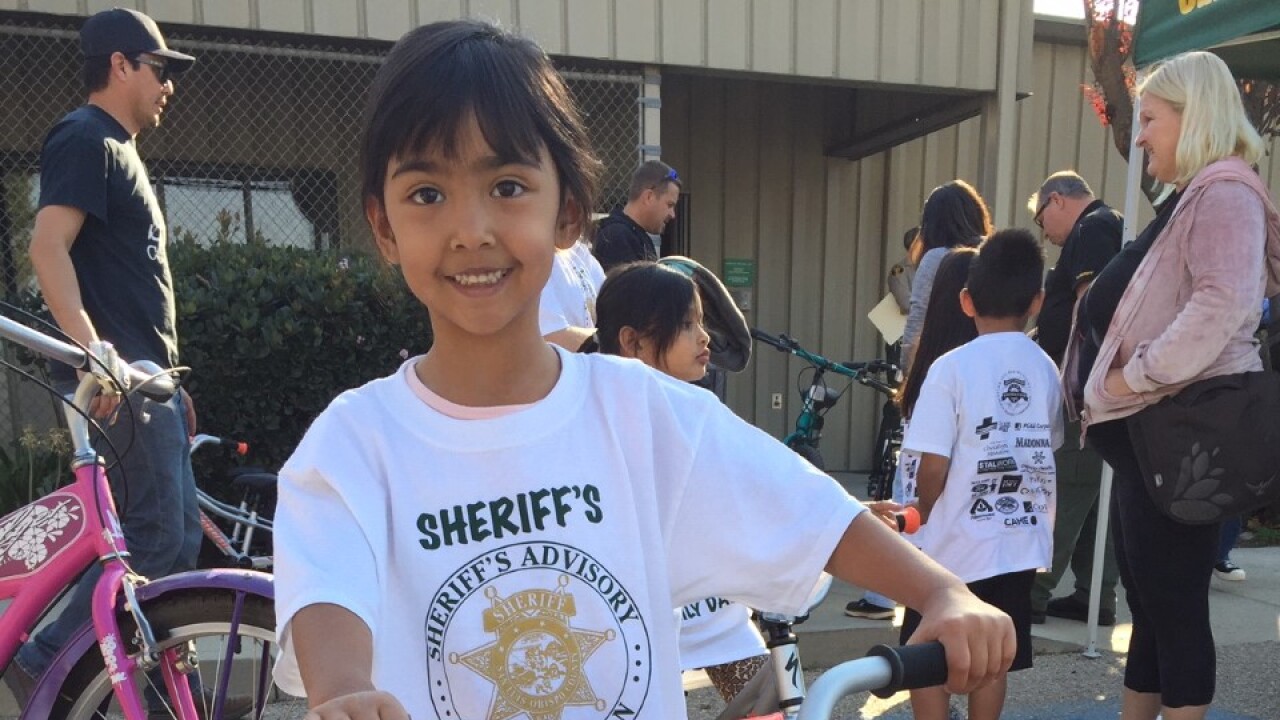 For the past 30 years, inmates at the Sheriff's Honor Farm have assembled and repaired donated bicycles which are then given away to children in need in San Luis Obispo County.

Sheriff's officials say the program instills in the inmates a positive work ethic, self-respect, and a sense of worth to the community.

The sheriff's office is now accepting donations of new children's bicycle helmets to go along with the bikes. Helmets may be dropped off at any Sheriff's Office Patrol Station or the Sheriff's Honor Farm on Highway 1.

Monetary donations can be sent to the following address:

To request a bicycle for a child 15-years-old or younger, click here to download an application. Applications are due by November 30, 2019.