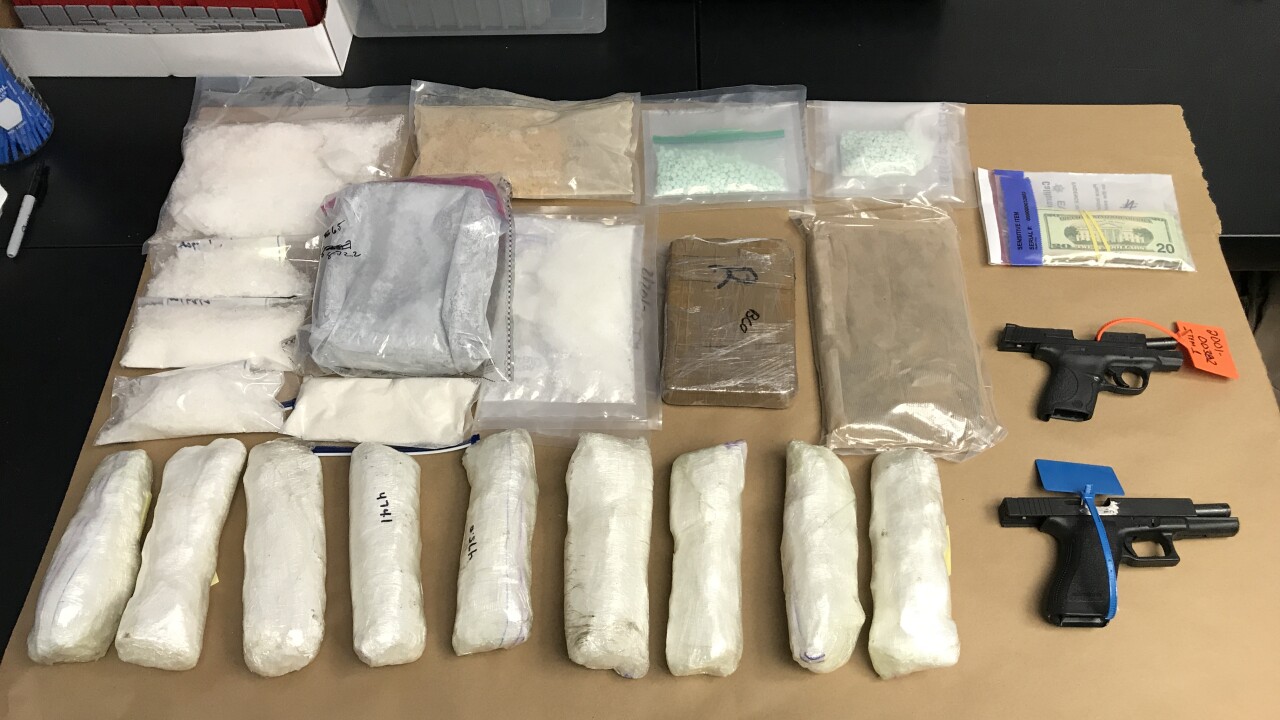 Sheriff's officials say the arrests come after an 11-month investigation.

Early in the morning on Thursday, Feb. 20, sheriff's deputies reportedly served two search warrants in San Luis Obispo -- one on a car driven by Jesse Talaugon and the other at a home in the 100 block of South Street that was associated with Talaugon and Timothy Moore.

In the car, sheriff's officials say they found approximately 2.5 pounds of methamphetamine, baggies containing suspected heroin, suspected fentanyl, and about $4,000 in cash.

Moore had been arrested the day before during a traffic stop on Highway 101 near Santa Maria. During that stop, sheriff's officials say investigators found approximately one pound of methamphetamine, one kilogram of heroin, one kilogram of fentanyl, a loaded handgun, bags of pills that were a combination of fentanyl and Tylenol, and more than $2,000 in cash.

Moore was taken into custody on suspicion of conspiracy to transport/sell narcotics, possession of a controlled substance for sale, and gun charges.

Sheriff's officials believe Moore and Talaugon had a network of people who were bringing the narcotics directly from Mexico to San Luis Obispo County.

As of late Wednesday afternoon, Moore remained in custody at the Santa Barbara County Jail with bail set at $1 million.

Talaugon was in custody at the San Luis Obispo County Jail with bail at $300,000.