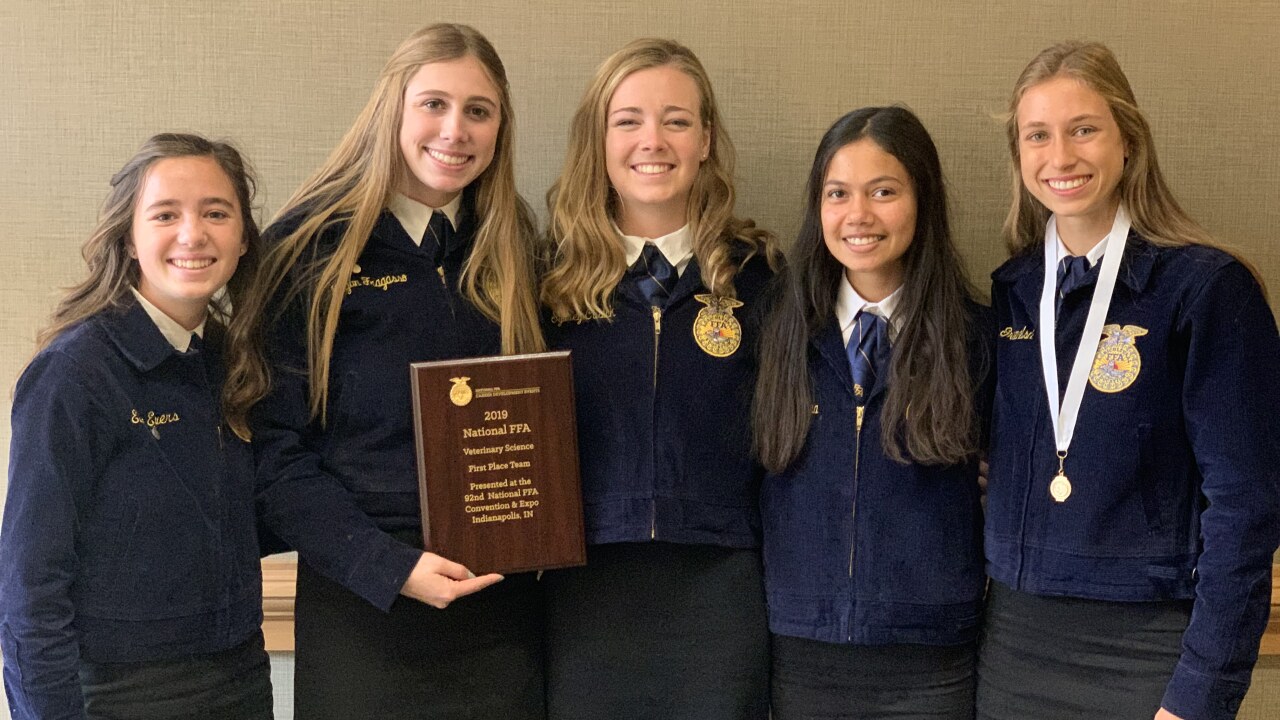 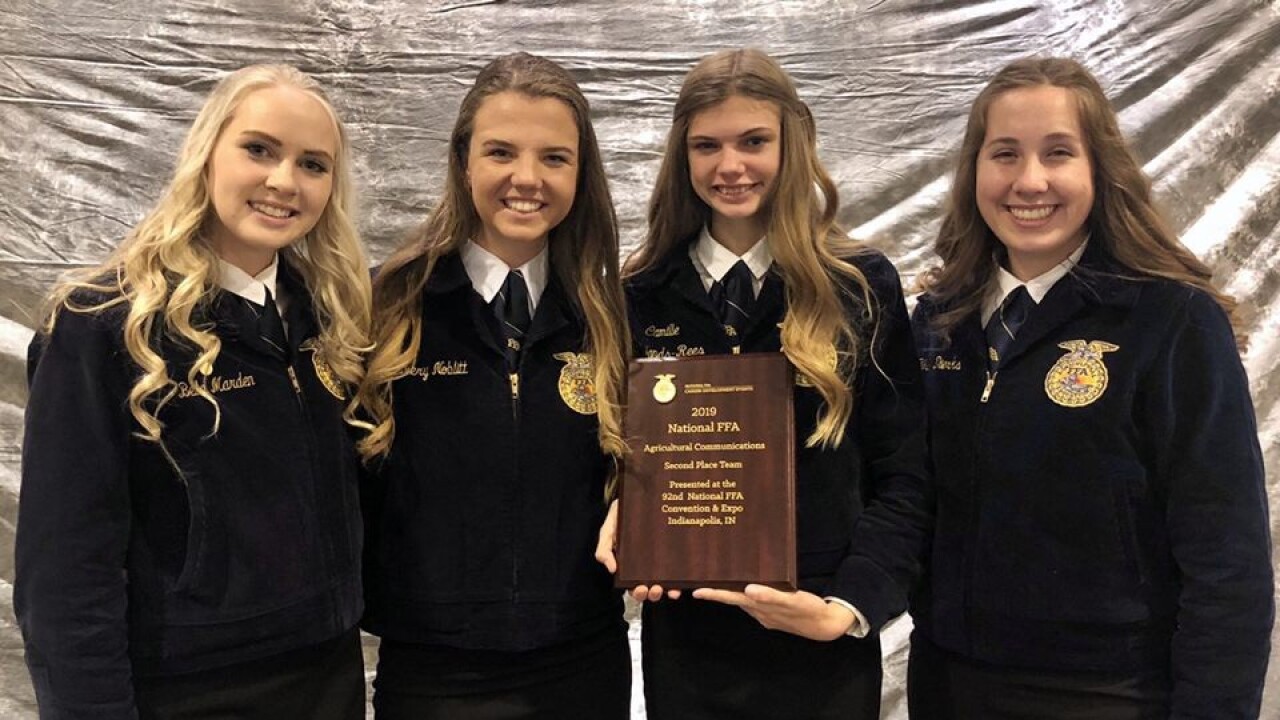 Members of the San Luis Obispo High School FFA are back from the 2019 National FFA Convention and Expo with some major awards.

For the second time, the Veterinary Science team was declared National Champions and each team member received a $1,000 scholarship.

As part of the competition, the team - Megan Fragasso, Liz Lua, Elyse Evers, Sydney Cusick, and Grace Greenelsh - had to complete a timed medical math test, identify hundreds of different tools and organisms, write an essay, and take a general knowledge test, among other tasks, as well as answer questions from a panel of judges. They were evaluated on their teamwork and professional collaboration.

The Agricultural Communications team was the first team to compete on behalf of the State of California at the national level and were declared Reserve National Champions. They also received honors for Overall Best Media Plan.

The team includes students Avery Noblitt, Bella Marden, Camille Rowlands-Rees, and Allison Dierks. They developed a 40-page media plan outlining Templeton High School FFA's tractor pull event. As part of the competition, they were also tasked with attending a mock press conference and acting as reporters, then writing articles and creating a webpage and promotional video.