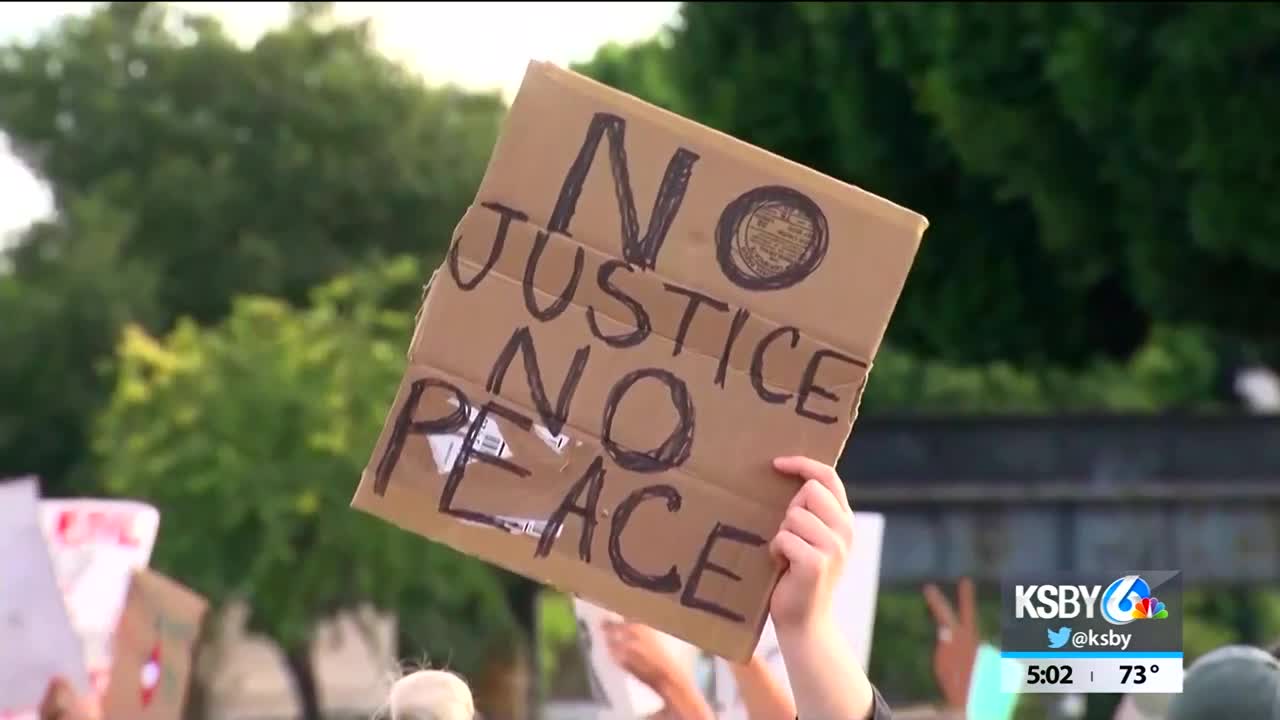 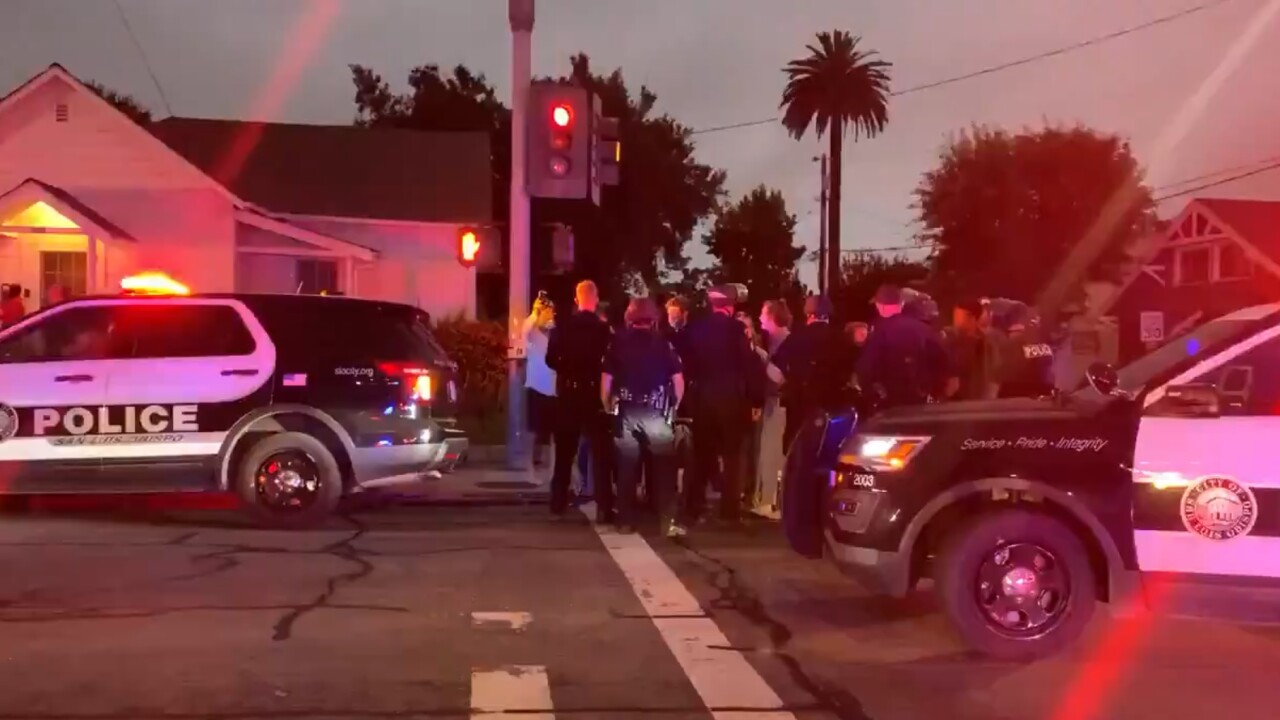 Arata, 20, was arrested on suspicion of participation in a riot, unlawful assembly, conspiracy, unlawful imprisonment, and resisting arrest.

The San Luis Obispo County Sheriff's Office says she was released from jail just before 1 a.m. Wednesday on zero bail.

During Arata's arrest, the San Luis Obispo Police Department says one of its officers was assaulted by Elias Bautista, 23. He was arrested and released just before 2:30 a.m. on $50,000 bail.

"We have consistently asked protesters to stay off the 101. We ask that there be no acts of violence and also no vandalism," said Captain Jeff Smith, San Luis Obispo Police Department.

Police say they were notified about the protest Monday morning and checked in with the organizer.

"We contacted them earlier. Based on the low numbers and the lack of a plan or even a planned march, we weren't bringing in a large contingency of officers," Captain Smith explained.

SLOPD says when protesters entered the freeway, there was just one California Highway Patrol vehicle and two motor officers. Protesters walked around them and blocked all lanes of traffic for about an hour.

"During that time, they laid on the ground, they blocked vehicles," Captain Smith said.

Law enforcement says one vehicle moved forward and a protester got on top of the vehicle and another used a skateboard to smash the back window. A family with a 4-year-old was reportedly in the car. CHP is now looking for those protesters.

"That vehicle was trying to drive around people to make its way on the freeway and the driver of the vehicle did not feel safe with all those protesters around," said Greg Klingenberg, CHP Captain/Commander of the SLO area.

Arata, the organizer of the protest, was arrested, sparking outrage among her friends and other protesters.

"They never politely asked her to get on the ground," added Taylor Riva. "She was already handcuffed behind her back and there was six men pulling her in all different directions and then throwing her on the ground."

But police say the organizer is responsible for what happened during the protest.

"We do have several videos where she's encouraging individuals to block vehicles as we see what we believe to be potential acts of vandalism and again, she is responsible for, can be held accountable for, overall actions that occur during the event," Captain Smith said.

KSBY attempted to reach out to Arata for comment but was unable to make contact with her.