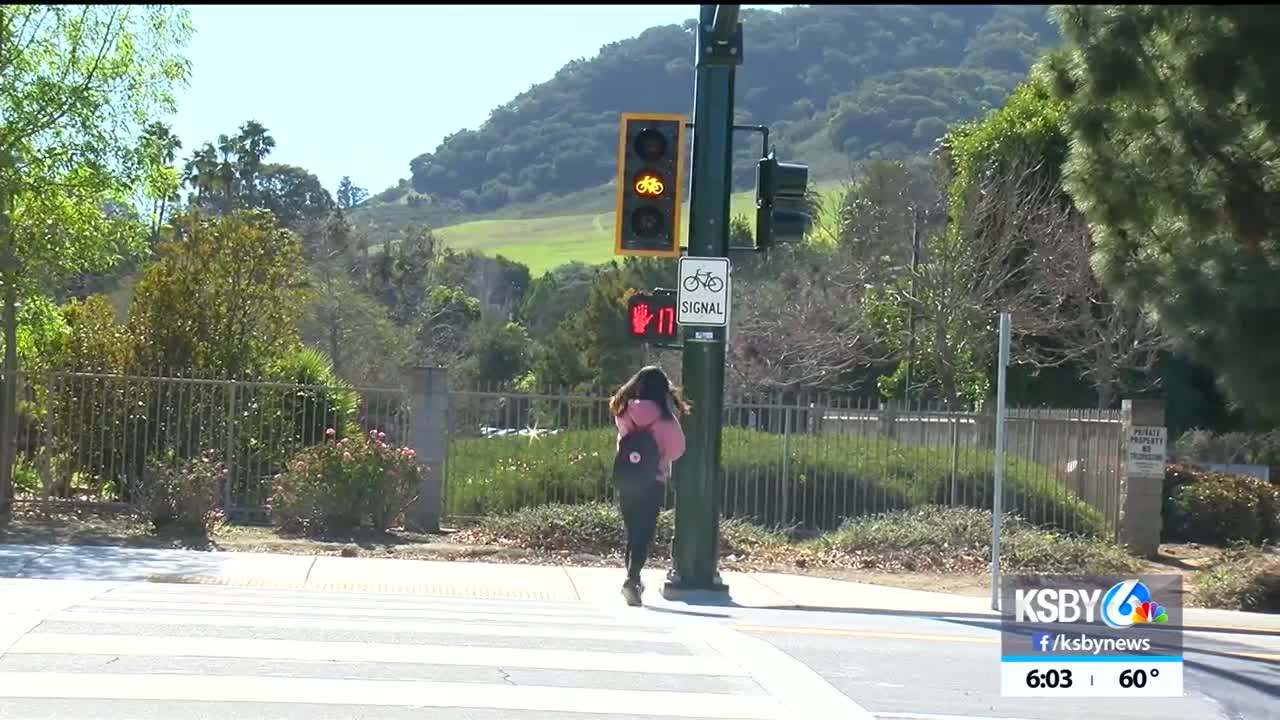 The intersection of Ferrini Road and Foothill Boulevard in San Luis Obispo is a busy one, which is why Jonathan Roberts was one of the many residents that brought safety concerns for pedestrians and bicyclists to the city.

It resulted in the installation of a pedestrian hybrid beacon, frequently called a HAWK beacon, just last year.

It became part of the citywide effort to eliminate fatal and major injury crashes by the year 2030.

Since it is the first of its kind in San Luis Obispo County, residents understand there is a learning curve involved, but some say better signage could help people use the crosswalk properly.

According to the City of San Luis Obispo, pedestrian hybrid beacons are installed at intersections that do not warrant a traditional traffic signal.

They are designed to stop road traffic and allow pedestrians and bicyclists to cross safely.

"I do know a lot of cars and people in this area don't care for it too much. A lot of people don't know what to do when they see the light, especially when it is pressed," said Arianna Almaguer, San Luis Obispo resident.

The beacon will remain dark until activated by a pedestrian or bicyclist on the side of the road.

Once activated, the beacon will flash yellow, turn to a steady yellow light before turning solid red which is when all traffic must stop.

The solid lights will then flash red allowing drivers to stop and proceed once the intersection is clear.

"I think people are using it and thankfully. There truly was a necessity for many years. I have worked at Pacheco Elementary School for 15 years and this street has always been dangerous and very busy," said Maria Bettencourt.

Almaguer lives in the area and will frequently take her dog, Oreo, on walks. She says the beacons have made her feel more secure when crossing the road.

"I like it in the area and I think more of them should be installed," Almaguer said.

Months back, the City of San Luis Obispo released an instructional video on how to use roundabouts. City officials said they are working on a similar video for the pedestrian hybrid beacon.