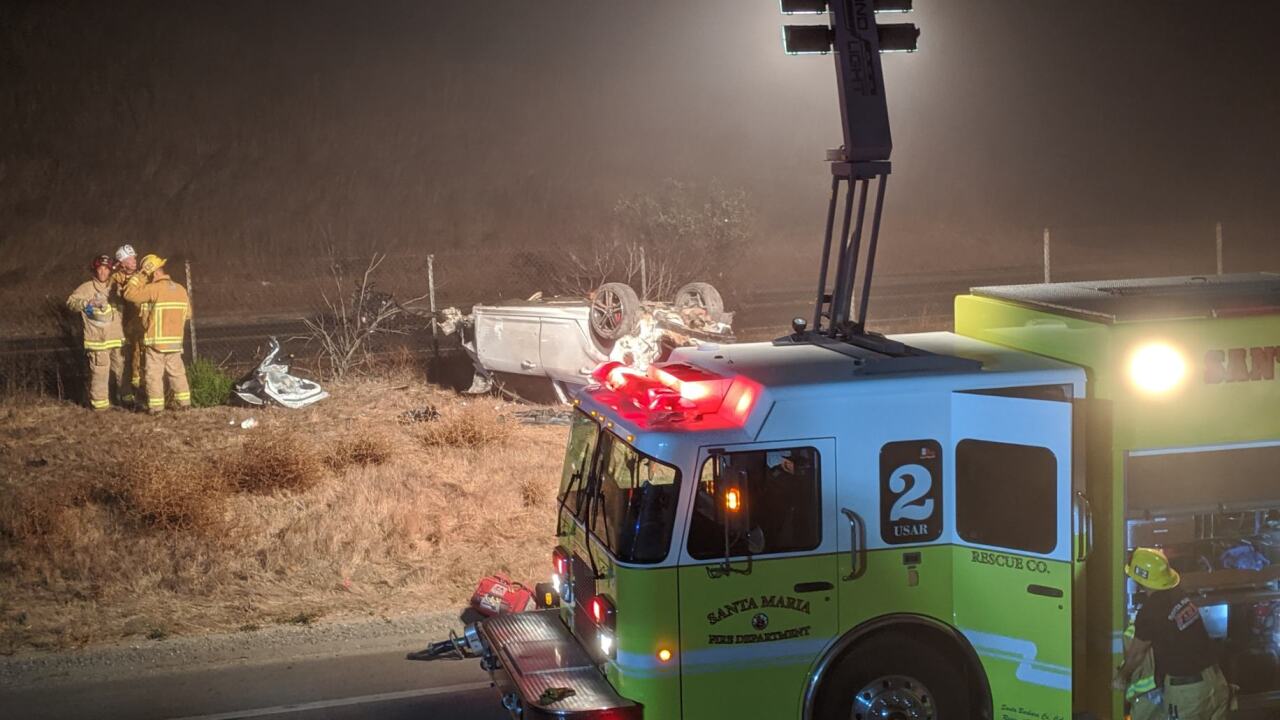 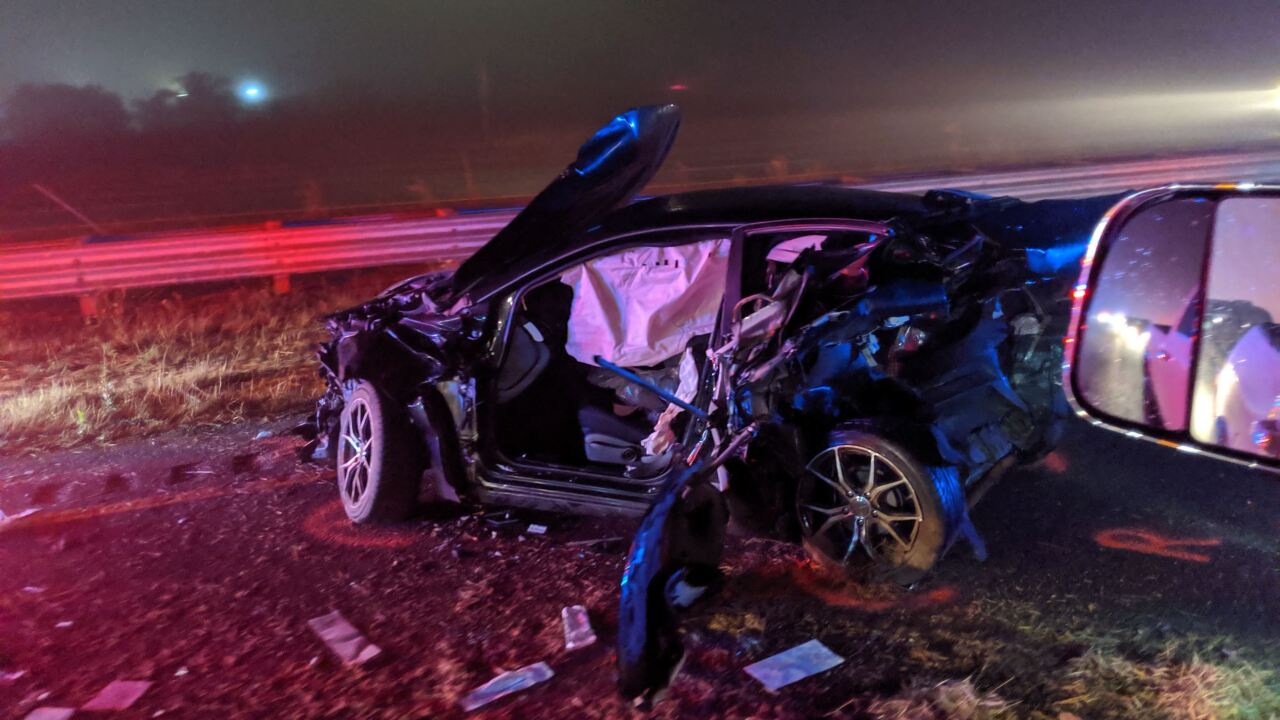 (UPDATE 1:45 p.m.) - The California Highway Patrol has identified the two drivers involved. Officers say Justin Koslosky, 18, of Solvang was arrested for DUI. The other driver involved was identified as Cynthia Hawkins, 57, of Pismo Beach.
---

ORIGINAL STORY: An 18-year-old was arrested for driving under the influence following a crash on Highway 101 near Santa Maria late Sunday night, officers say.

The California Highway Patrol says the teen from Solvang was speeding and heading northbound on Highway 101 in a Ford Focus when he crashed into the back of a Nissan Sentra.

The impact caused the Nissan to crash into the center median. The Ford reportedly slammed into a dirt embankment before rolling and landing on its roof in between the 166 onramp to northbound Highway 101 and Thompson Road, which is the same road where the car’s engine and a tire landed, according to CHP.

Both driver’s injuries were described as major.

The 57-year-old Pismo Beach woman who was driving the Nissan was eventually transported to Santa Barbara Cottage Hospital due to the extent of her injuries, according to CHP.

Officers say they believe the teen was under the influence of drugs or alcohol. His name has not been released.