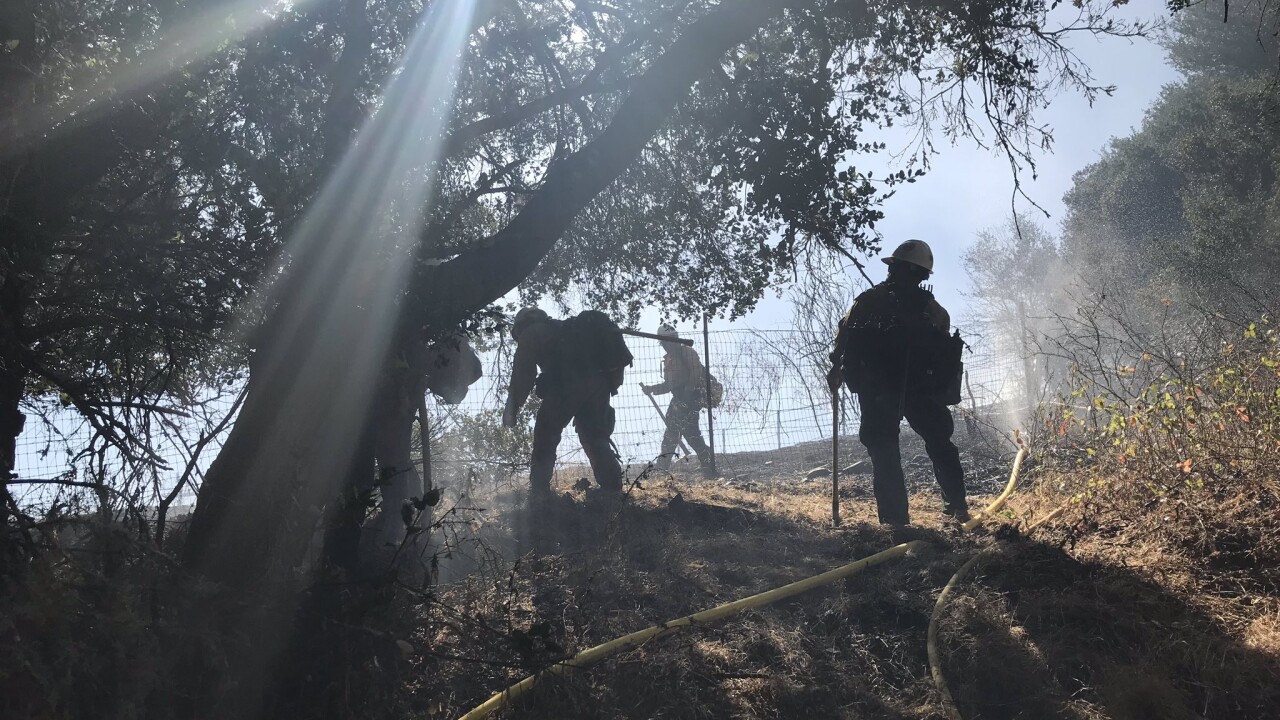 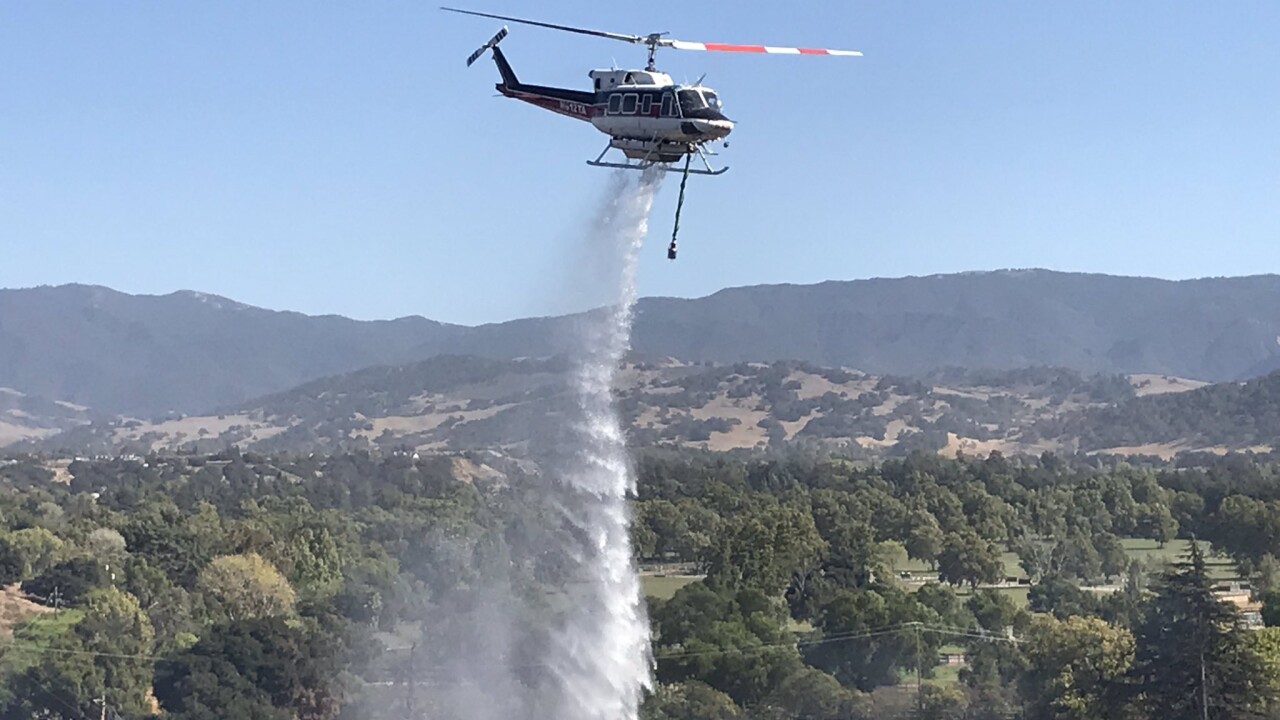 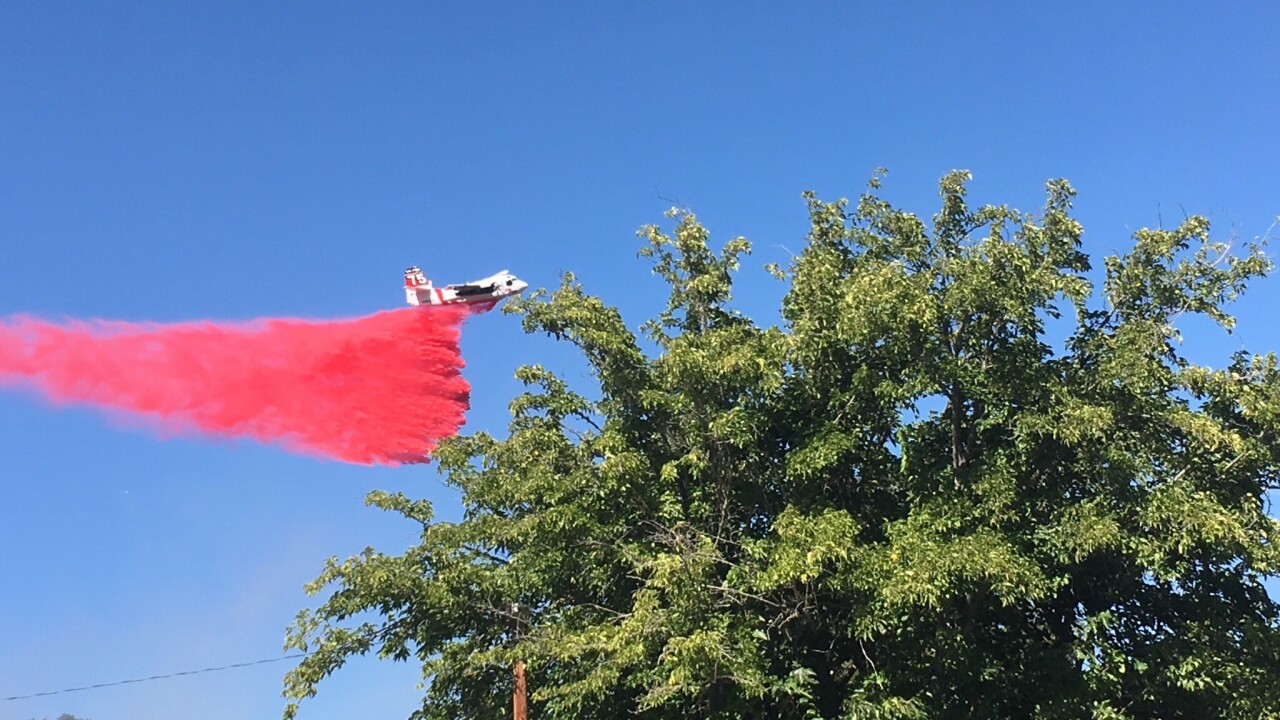 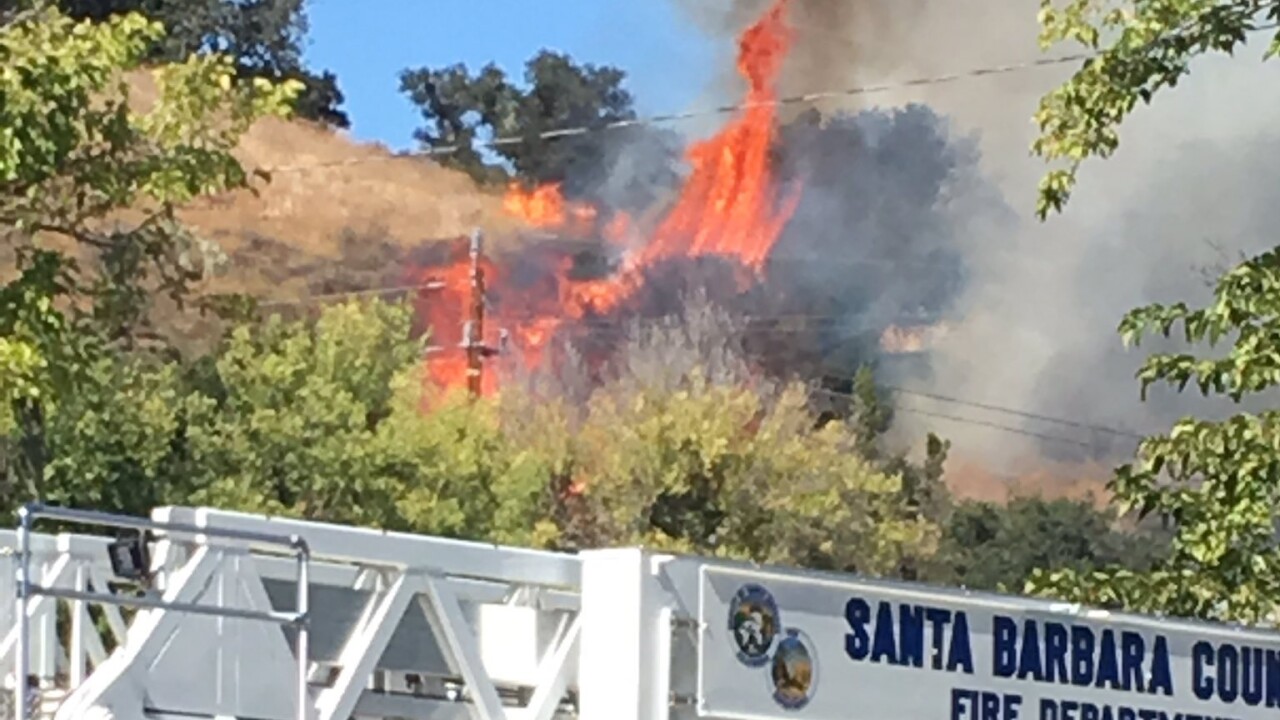 UPDATE (3:42 p.m.) - The Santa Barbara County Fire Department says forward progress of a fire that broke out Monday afternoon in Buellton has been stopped.

The fire reportedly burned about 1/2 acre of brush behind a neighborhood in the 400 block of Kendale Place.

Fire officials say structures were threatened, but crews were able to protect those buildings and extinguish the fire.

Downed power lines were found in the area, but fire officials say the official cause of the fire remains under investigation.

(2:31 p.m.) - Firefighters were called to reports of a vegetation fire in Buellton Monday afternoon.

According to the California Highway Patrol, crews were dispatched shortly before 2 p.m. to the area of Thumbelina Drive and Highway 246.

Initial reports were that a fire was burning in the riverbed not far from homes at the end of Thumbelina Drive.

Downed power lines were reported in the area and a road closure was in place along the 700 block of Ballard Canyon Road.