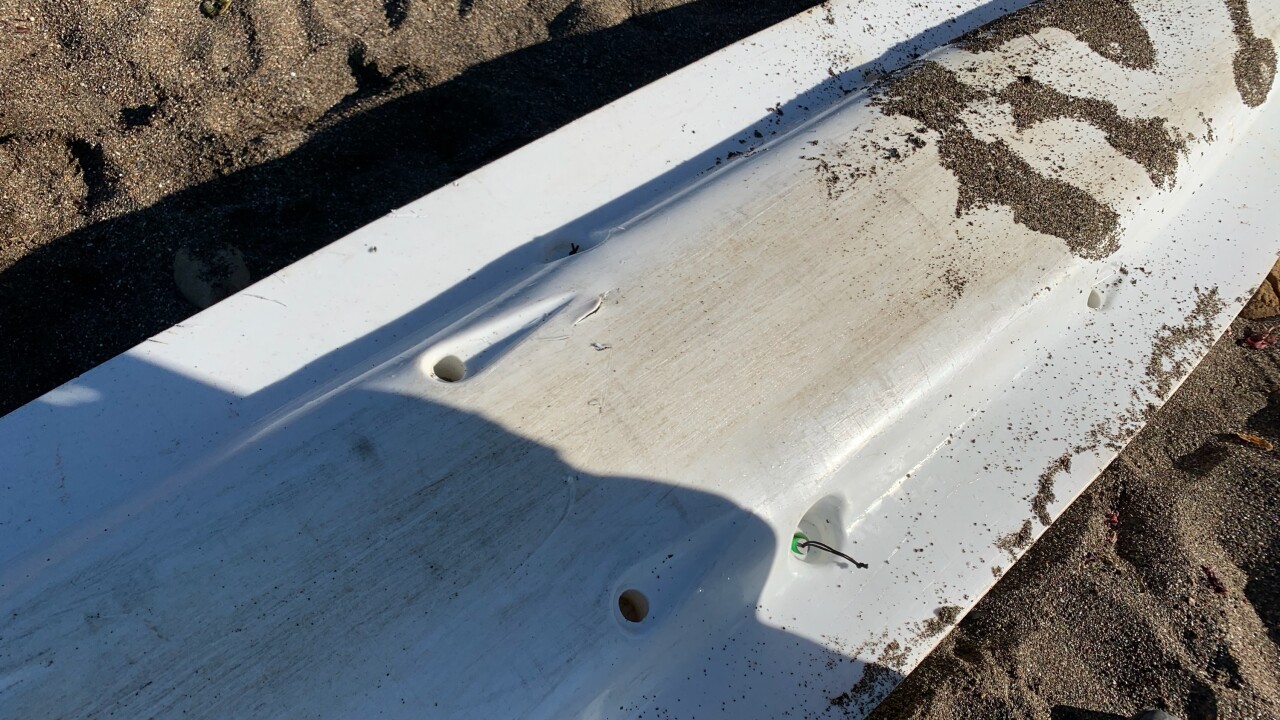 UPDATE (10:30 a.m.) - The shark that bit into a Central Valley man's kayak Friday morning off the coast of Cambria is estimated to be a 10-foot great white.

The two say they went out fishing in separate kayaks between 8 and 8:30 a.m. and were about one to two miles north of Leffingwell Landing at the time.

The man in the kayak that was bitten was knocked into the water and shaken up but not injured.

The kayakers tell KSBY the shark swam off after the incident.

Fish and Wildlife reportedly collected teeth fragments from the kayak and will send them to a marine biologist to be analyzed.

CAL FIRE says another boater in the area heard the kayakers' distress call and pulled them onto the boat.

David Zamora was fishing on his kayak this morning 1-2 miles offshore from Leffingwell Landing in #Cambria when a #shark bit into the side of his kayak. He was flipped out but managed to get back on uninjured. Hear his crazy story tonight on @KSBY pic.twitter.com/Q5E0S4f7Bg

UPDATE (9:10 a.m.): CAL FIRE SLO says the Coast Guard is reporting a shark bit the kayak and the kayaker is uninjured. The kayaker is reportedly being brought to shore by another kayaker in the area.
---

ORIGINAL STORY: First responders were dispatched to a Cambria beach Friday morning for reports of a person possible bitten by a shark.

The call came in shortly after 8:45 a.m. near Leffingwell Landing of a kayaker in distress, possibly having been bitten by a shark.