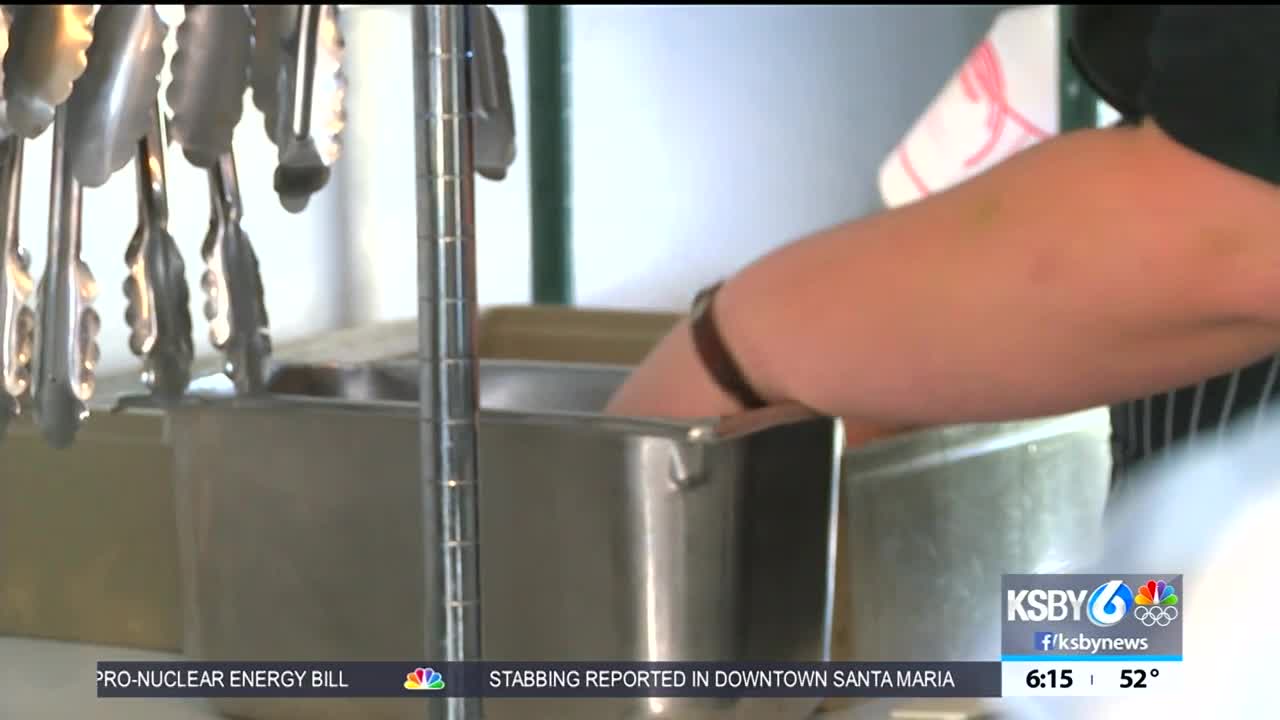 A local restaurant and nonprofit in Templeton is doing more than just providing customers with a hearty meal. The Fig Cafe at Courtney's House is also a place where adults with special needs can learn vocational skills.

From the outside, the Fig Cafe looks like an inviting home with a wrap-around porch, but once you step inside, you're greeted with friendly faces. Before it provided tables to gather around for a meal, Carrie Sanders and her husband had it as a safe space for now 26-year old daughter Courtney to socialize.

"She was my inspiration for starting Courtney's house," Sanders said.

Courtney has autism and intellectual disability. Courtney's House started as a hang out spot for kids and adults with disabilities, but in 2014 it branched out to vocational training.

"I needed to make sure that she could still socialize but in a controlled environment and I know if I was needing that there were probably other families needing the same thing," Sanders said.

Today, the restaurant is cooking up opportunities and providing vocational training to 12 adults with special needs,

"I'm helping as their support but I'm also a role model," Stefani Higura, a job coach and lead server, said. "So I help them develop and learn the skills to talk to customers to develop in their own roles."

Those skills acquired can be used for anything from food prep, to cleaning, to greeting customers.

Leslie Madruga has benefited from the organization since 2016.

"I do bus tables, take serve the food, serve drinks and I set tables," Madruga said.

Chris Dillow is the director of the cafe side of the organization and says the goal of the vocational program is to get those who are involved into other jobs in the community.

"We just try to identify those and work with the strengths to move people on," Dillow said.

She hopes that other businesses can learn from the Fig Cafe at Courtney's House.

"We feel like another restaurant could send a staff member to us and we could give them some very basic tools to work with an individual on a daily basis," Dillow said.

Courtney's House is paving the way for more opportunity beyond Fig Cafe, and helping the young adults involved what their passion and full potential is.

"They have so much to contribute," Sanders said. "We just have to give them the chance and the support they need and they'll blow you away,"

For more information on the Fig Cafe at Courtney's House, click here.