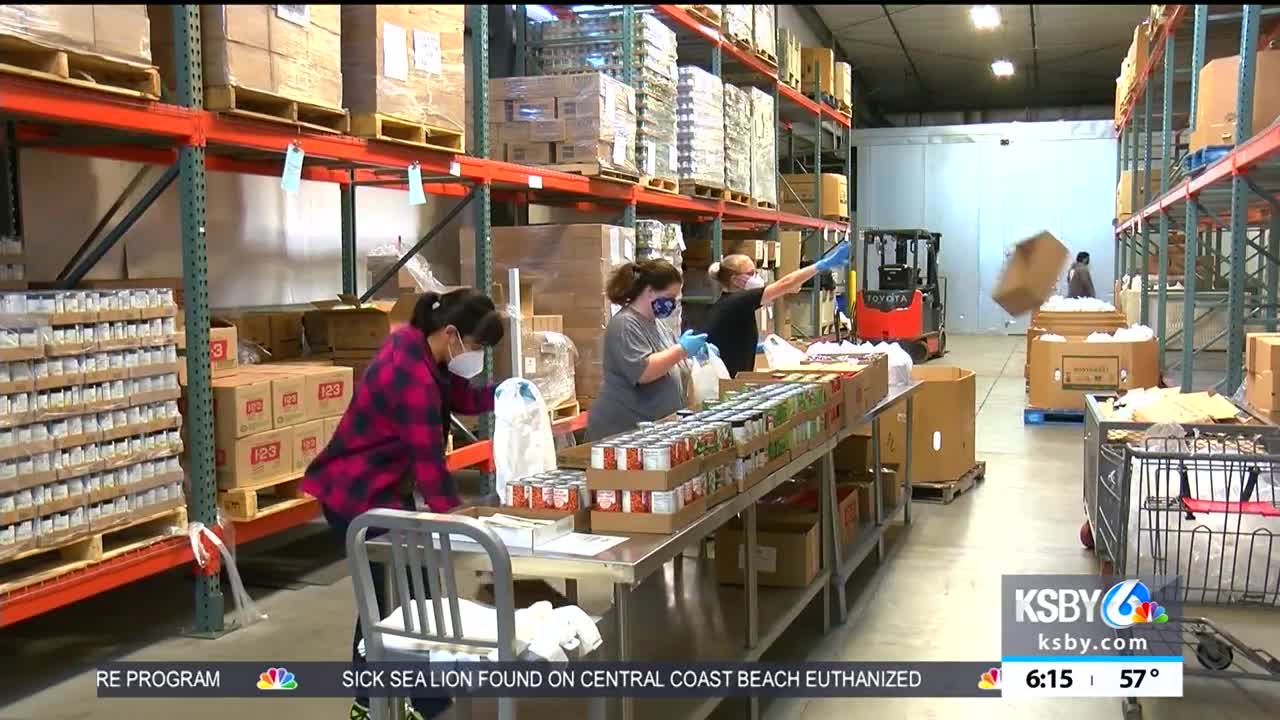 The start of a new school year is just a few weeks away. As students, teachers and parents prepare, the food services division of school districts like Paso Robles Joint Unified are working out details to make sure students on free and reduced meal plans don't go hungry.

Joseph Vaughn is the director of food services for the Paso Robles Joint Unified School District. He says out of the 6,800 students enrolled in the district, 52%, or about 3,500, are on free and reduced meal plans.

Since March, when most schools were closed down and distance learning was introduced, the school district has been providing meals to students free of charge at various locations from 11:00 a.m. to 1:00 p.m. every day. Vaughn says the number of meals that were being served during that time was at a low.

"Soon as COVID hit, those numbers dropped down to a thousand. we were serving a thousand breakfasts and a thousand lunches a day, and that's good, that's one out of every seven students," Vaughn said.

Vaughn says it is typical to see these numbers drop, especially during summer break when students aren't in school. However, when school resumes in August, the way meals are served will change.

"Everyone will now be part of the national school lunch program, meaning kids will get a meal based on their eligibility," Vaughn said.

Right now, meals are being handed out without payment, but once school begins, each student will be part of the National School Lunch Program, so students will get free and reduced meals based on their eligibility. Vaughn says he will be rolling out the official plan Wednesday night during a Zoom meeting through the district, but provided some information on what parents can expect.

This summer, the food bank is anticipating to distribute 3,200 bags of breakfast through its Breakfast Bag Program.

"Us providing a bag of about three weeks worth of breakfast that is easy for children to prepare," Hansen said.

She says the grant that funds this program has been extended, which means the program will continue through the fall. The food bank provides a food locater on its website so families in need can easily access sites to pick-up food.

In Santa Barbara County, Carlos Murta, the coordinator of food services for the Santa Maria Bonita School District, is also preparing to release a plan.

Murta says the district is currently providing free meals to students every day from 11:00 a.m. to 1:00 p.m. Under the Summer Feeding Program, the district can feed anyone 18 years of age and younger, but that is going to change next month.

"After August, we've been directed to provide only meals to our registered students after that point," Murta said.

He adds he is looking into a waiver through the USDA that would extend the program through the fall so that the district can continue to feed all children in the community.

"Not all 23 waivers got extended, only certain of them, and the ones that got extended are the ones that are allowing us to continue to serve curbside, but unfortunately, the one to feed the community 18 and under has not been extended yet," Murta said.

He says before the pandemic, the district was serving 20,000 meals to students each day. Once the shelter-at-home order was issued, those meals went down to14,000.

Murta says his plan for the upcoming school year will be presented Friday, July 31.